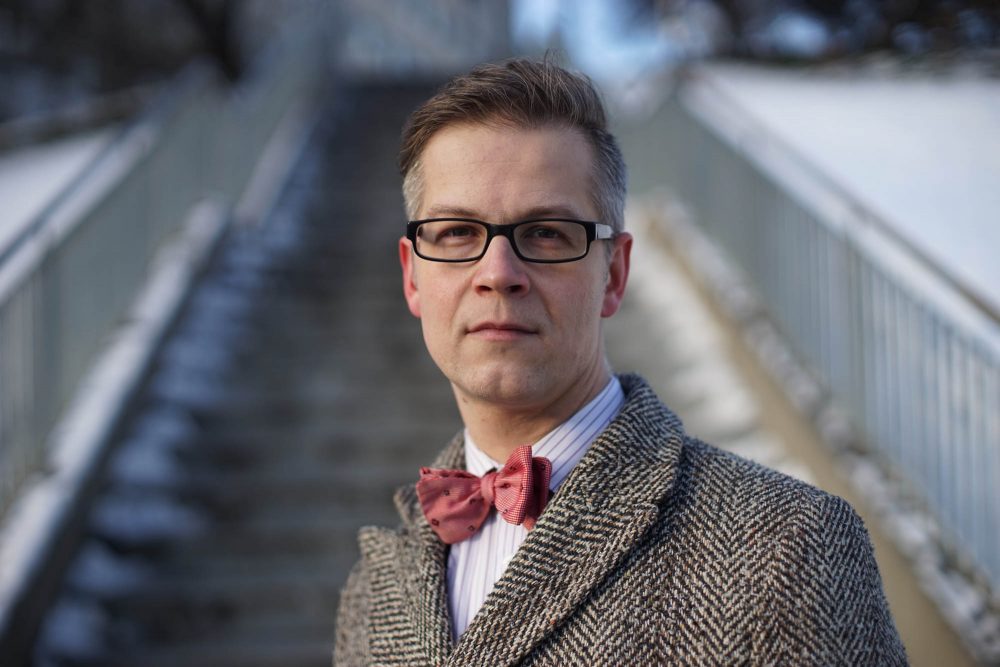 Jacek Dehnel’s first full collection in English spans the past 15 years and includes work from four of his Polish collections. His translator, Karen Kovacik, has chosen to order the collection according to theme or feeling rather than chronology, so the English-language reader is better able to explore the resonances and enduring preoccupations of this elegant, lyrical poet.

This approach pays off: Aperture offers a generous selection that gives a good sense of the arc of Dehnel’s important and underrepresented work.

Each of Dehnel’s poems is annotated with a date and a place name, much like  an artist’s sketch; and, indeed, the more we read of Dehnel’s work, the more we understand that a quick brush and “razor-sharp glance” are at the heart of his poetic mission. He’s a watcher, a flâneur. Fittingly, “Aperture”, the title poem of this collection, seems very directly to refer to the artistic act of observation. In it the lyrical subject is kneeling on the ice, looking through an ice-hole, studying another “species”:

Here, you observe. Here, on your knees,

eye to the icy pane, observe and believe …”

Dehnel excels in the detail of life: the lacquered surface, the hairdryers on their hooks, the smell of charcoal and varnished floors in the empty school in summer. This detail furnishes and fleshes out the picture; it also serves, like the medieval symbols of vanitas, to remind us of the transience of our own lives. Transience, and the melancholy that accompanies it, are key notes in a number of the poems: the gorgeous “Pheasant”, (written on a passing train) contrasts the bird’s immortal insouciance with the man’s namelessness: “That’s why I write: he came / to the railway, his name: pheasant. Me, I have no name.” From the same collection, the long poem “Fig. 370. Hunchback due to tuberculosis of the spine” is an extended meditation on the life of a young hunchback who features in a pre-war medical photograph. His grotesque deformity is record- ed with the same loving attention as his frailty (“that solitary hand, / suspended free before / him in the morning light”) and the poem muses on his eventual fate as a dosser, a beggar, in some imperial Eastern European city.

This elegy in soft sepia tones focuses on masculine sensuality even in deformity, and its loving gaze rescues this unfortunate cripple from objectification as a medical specimen, a sufferer and a pauper. We learn perhaps only at the end of the poem that the man is naked. He dresses behind a screen and bids the doctor goodbye. In the poem his dignity   is restored by the poet: he is a man, with a man’s frailty.

The poems are translated with the same loving gaze: Kovacik has entered so successfully into the world of the poet that much of this work honestly seems poetry of a very high order in English. She writes in her introduction of the classicism of Dehnel’s work, his interest in syllabic and rhyming verse. It is to her great credit that she manages unobtrusive and yet careful rhyme, patterning and the far more natural (to English ears) iamb to convey Dehnel’s love of poetic order to underpin the proliferation of detail.