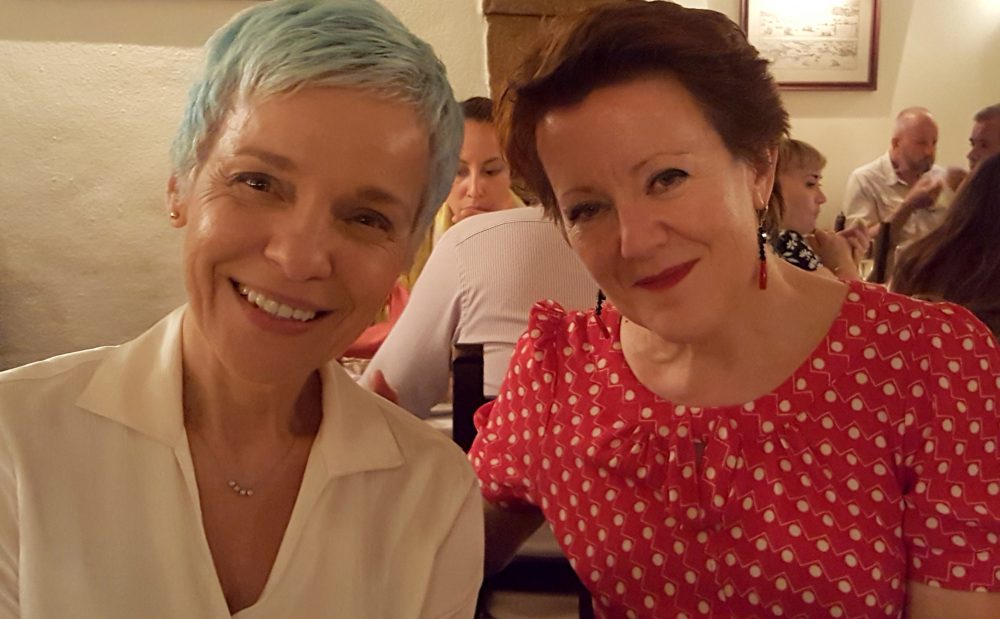 When I meet her for the first time, Dulce Maria Cardoso had blue hair, which ofcourse I question her about: why? Why not? she replies, but I’d rather you consider my writing than my appearance. You can hardly ignore someone with blue hair, though, I thought, especially when it is attached to a beautiful, ethereal-looking woman with soulful eyes and a fascinating tale to tell. Over dinner and fado in a Lisbon side street, Dulce tells me how she was an infant when her parents left Portugal for the colony of Angola, but they returned in 1975 as the Angolan War of Independence raged and the black population settled old scores. Dulce’s childhood had been spent in Angola so when she and all the other Portuguese settlers (from Angola, Mozambique, Cape Verde and Guinea-Bissau) were evacuated or obliged to return to the Motherland, they were considered different and in many cases subjected to appalling discrimination and racism. Dulce struggled into adulthood. She studied at Lisbon University, became a lawyer and then started writing. I was not aware, as I listen to Dulce’s dramatic story over dinner that she’d already written a novel about this experience, that it had already been published to great acclaim in Portugal and was about to be released in English. I simply sat there thinking, that would make an extraordinary book. And it is. Dulce has written four novels, each highly praised. The Return is the first to be translated into English.

(And I’m sure you’ve noticed my unusual writing style, a humble homage to Ms Cardoso. And these are the only brackets you’ll see in this review!) I met Dulce Maria Cardoso, DMC, her name is so long, so lovely, with a group of other editors and publishers from the UK, invited by the Portuguese Embassy in London, and in Lisbon, the Portuguese Book Council and Camões Institute. The idea was for us to familiarize themselves with Portuguese literature and scout out talent for translation and publication in English. I hardly need tell you that there is very little contemporary Portuguese literature translated into English and that it is shameful and must be rectified, especially as we are missing out on authors like DMC, Rui Zink, Valerio Romao, Patricia Portela and Alfonso Cruz, all of whom we were lucky enough to meet in Lisbon.

Perhaps you are now feeling uncomfortable? Is it my unfamiliar, overfamiliar writing style? Do you believe I am too close to my subject to write an objective review? Well, I can reassure you I write it because I must, because I must say, the writing style is rather infectious. Sometimes I agree it is better not to meet authors, especially if you end up writing withering reviews, but meeting DMC intrigued me and the fact that her novel is objectively and subjectively extraordinary is pure serendipity. No one has commissioned me, no one has paid me, to write this review, but I must write it in order to inform you that this novel is remarkable.

The Return was a pleasure to read from the very first sentence, But there are cherries in the Motherland, and in spite of the suffering and chaos described. DMC writes like her public persona, rather delicate and understated but equally she is strong, steely and colourful. She is witty, controlled, seductive, entertaining, piercing; an historian of her two homelands, her own analyst and a careful, sensitive observer of others.

And she writes in the format and structure I am using for this review, although I am a shameful impersonator, in a smooth, seductive flow of words, a stream of carefully edited consciousness, without speech marks, with little punctuation, switching between third and first persons in the same sentence, short sentences at that, from present to past tense. Maybe I can compare her writing to a well-chiselled, exquisite sculpture. Or to a stream, tripping and rippling along, surging broadly at key moments of tension, there are several of those I can guarantee, the waterfalls and torrents making you cling on at all costs, then receding, skipping over the stones in its way. Poetic repetition of single words, of phrases, painstakingly selected. She told me over dinner that she revises constantly, is rarely satisfied, keeps her publisher waiting, but dear DMC, it doesn’t show. Nothing is overblown; she is never self-pitying or sentimental, the novel is firmly anchored in real historical events. In 1974 Portugal’s fifty-year old dictatorship was overthrown, the colonies began to unravel, half a million Portuguese citizens were forced to flee, four thousand from Angola alone as Angola experimented with full independence and Portugal with democracy. But actually, DMC will remind us, this is not an autobiography but a novel, narrated by a 15 year old boy called Rui, relating the story of his family, of his father, the forceful centre of the novel and the shaper of Rui’s world view, even when he disappears the day they are due to emigrate, immigrate, to Portugal, As if entering the map that hung from the classroom wall… So this is the Motherland then. Rui returns with his mother, with her feeble mind and his younger sister Maria, who only wants to fit in and be like every other Portuguese teenager. Without a home, without a father, the little family is installed with hundreds of other returnees in a Five Star hotel in Estoril, luckier than some, but cooped up and treated like hostages. Rui and Maria grow up here, one foot in Angola, one in Portugal and both feet queuing for papers with hundreds of other os retornados at the IARN Institute for the Support of Returnee Nationals, in Lisbon, a microcosm of Empire and painfully appropriate for our modern times:

There were returnees from every corner of the empire, the empire was there, in that waiting room, a tired empire, in need of house and food, a defeated and humiliated empire, an empire no one wanted to know about.

I could write a whole novel about this novel, but never fear, enough of me, forgive me, read the novel and be amazed by its perfect harmony of innovative style, profound substance and exquisite translation.

The Return
by Dulce Maria Cardoso
Translated from the Portuguese by Angel Gurria-Quintana
Published by MacLehose Press, July 2016