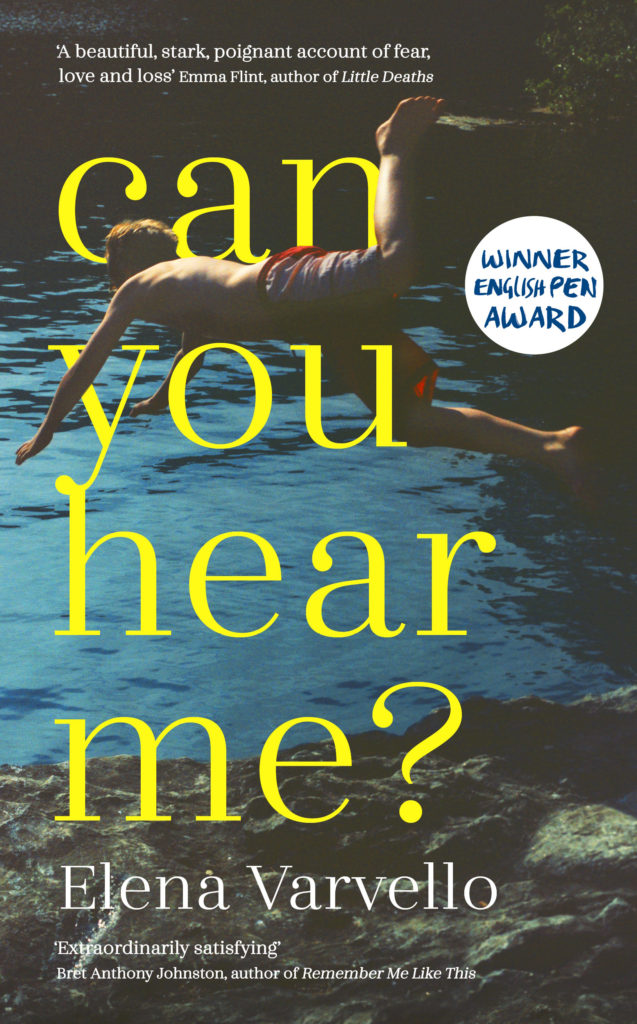 #RivetingReviews: Rosie Goldsmith reviews CAN YOU HEAR ME? by Elena Varvello

Taut and tense, a thrilling and very black read: Elena Varvello’s successful Italian novel from 2016, her first in English (in a faultless translation by Alex Valente) is all these things. However, it is not merely a ‘noir thriller’, as the cover quotes nudge us to believe. It is much more and much better. It is a complex story of one man’s mental breakdown, one teenager’s awkward, angry coming-of-age and one woman’s desperately over-protective love for her husband and son. Yes, there is a dead body; there’s fear and panic and there are awful secrets, but we suspect ‘whodunnit’ pretty early on. The poignancy of the story lies in the narration, the imaginings and the gradual awakening of 16-year-old Elia Furente, as he watches his big, fun father Ettore crumble, and his blindly optimistic mother ignore the signs of the breakdown – with tragic consequences.

Ettore Furente loses his job at the cotton mill in the northern Italian industrial town of Ponte. “Can you hear me?” is his refrain as he tries to keep a grip on reality. He needs help, he can’t cope. His son Elia is torn, wanting to reach out but simultaneously keen to escape the unhappiness at home. Elia does escape – into the arms of Anna, his friend Stefano’s mother. Their encounters are some of the few joyful moments in a stark and troubling story. Elia is too young for her, Anna’s too old for him, but there is genuine affection – and some excellent ‘coming-of-age sex’.

The novel takes place in August 1978,
…the summer I met Anna Trabuio, my father took a girl into the woods….I was sixteen…that was when everything broke.
The perfect prose is cool and clipped and you are sucked into the story immediately. Much of the writing is in conversation, dialogue or monologue and conducted at a breathless pace. Elena Varvello is a prize-winning Italian poet, short story writer, novelist and creative writing teacher in Turin, and all these great literary skills enrich the novel and bring it to life. Italian critics compare the novel with Niccolo Ammaniti’s I’m Not Scared and, I would suggest, it has further aspirations in the direction of Ian McEwan. Can You Hear Me? reads like an extended short story. It is very accomplished and a perfectly observed and disturbing tale of unravelling minds, but I found myself longing for a flourish of literary lushness or abandon and for some deeper and more original psychological insight. I wanted so much to love Can You hear Me but I couldn’t. The sadness saturating the pages of this novel, though, did stay with me for days – and that, I suspect, was Varvello’s heartfelt intention.

Can You Hear Me?

Translated from the Italian by Alex Valente

Winner of the English PEN Award