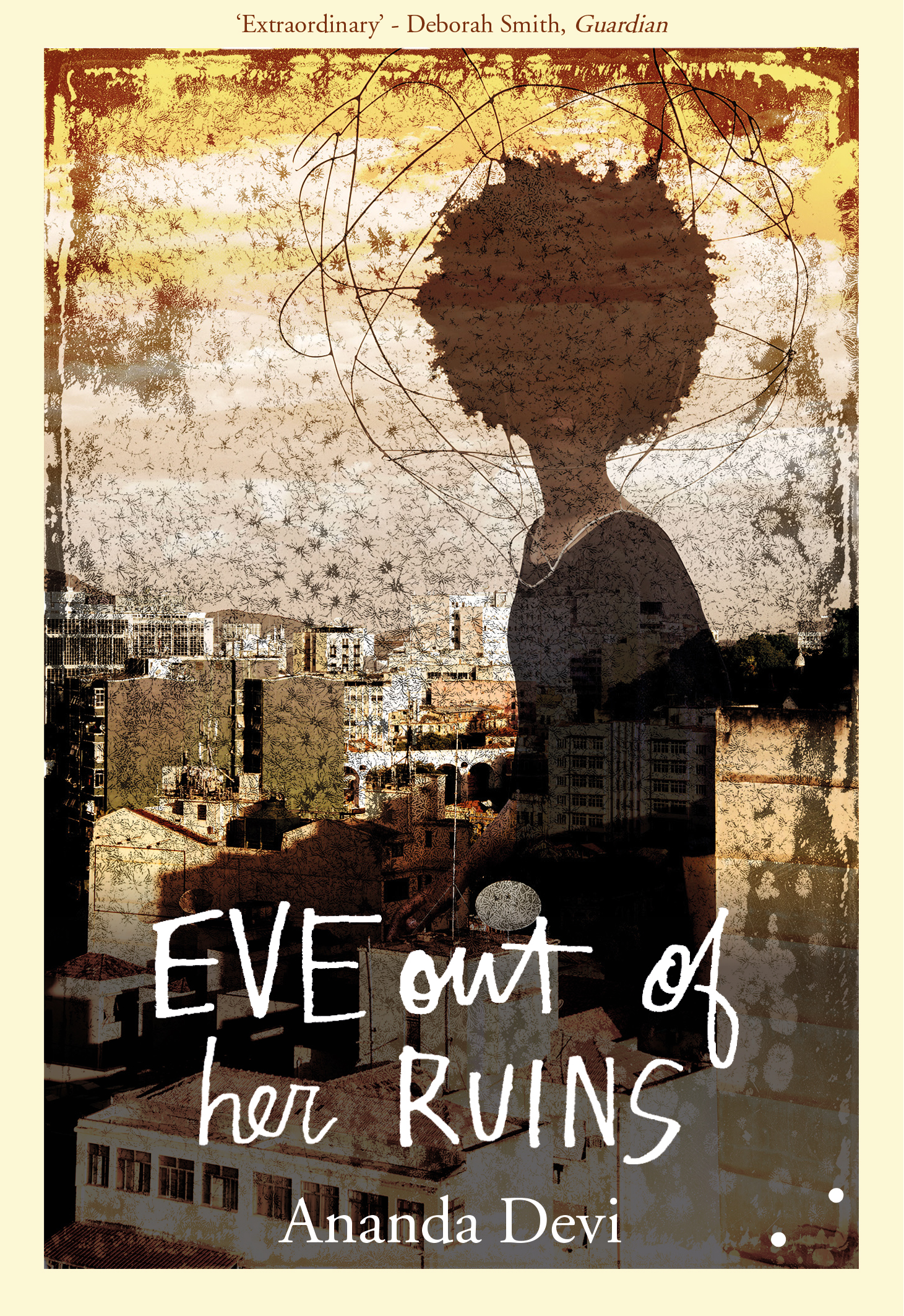 #RivetingReviews: Rosie Eyre reviews EVE OUT OF HER RUINS by Ananda Devi

Since its publication in France in 2006, as riots were exploding in the Paris banlieues, Eve Out of Her Ruins has become an anthem for ‘disenfranchised youth’ with a resonance beyond the francophone Mauritian landscape that it depicts. English-speaking readers had to wait until 2016 for Jeffrey Zuckerman’s translation to reach the shelves, but once it did the book proved such a hit that earlier this year Les Fugitives released it all over again – this time as a YA edition.

In the book, Ananda Devi plunges us into the murky depths of Troumaron, a desperately deprived neighbourhood of Mauritius ‘where all the island’s wastewaters ultimately flow’. There, we meet and step inside the minds of four seventeen-year-olds – Eve, Saad, Clélio and Savita – as they grapple with the harshness of their existence on the margins of society.

In contrast to many titles pitched at YA readers, this is not so much a coming-of-age novel as a story about coming of agency. Eve and her peers are already old before their time, wearied by a life of brutal poverty in a place from where ‘the future has disappeared’. As Eve starkly puts it: ‘This year I’m seventeen. Everything’s happened to me: life and death. I’ve lived many lives.’ At the start of the book, Saad describes the loss of agency that accompanies this bleak reality for the inhabitants of Troumaron: ‘here, we let our identities happen: we are those who do not belong’. Yet, as the story unfurls, and the young protagonists find their voices through Devi’s transfixing prose, they begin to claim back the terms of their identity.

For Saad, the novel’s main narrator alongside Eve, this journey towards a new selfhood is fuelled by writing. While he is a reluctant member of the local gang by night, his individuality subsumed by the ‘moving, powerful, hot body’ of the horde, Saad glimpses an alternative when his French teacher introduces the class to Rimbaud’s poetry. In discovering the teenage poet’s words, Saad recalls being ‘split into two’ – awakened to the prospect that he might have a stake in a common world beyond Troumaron, and that, through the power of the written word, he might yet extricate himself from the fate of the faceless forgotten youth:

For Eve, the path to freedom is darker. Where school paves the beginnings of a way out for Saad, inspiring him to seize the pen and cover his bedroom walls in poetry in the hope that he – like Rimbaud – might one day ‘be heard and be read’, for Eve the classroom spells only further indignity. Already famed as the local ‘slut’, having accepted at the age of twelve that ‘paying for things with her body’ was the inevitable trade-off for a girl born with ‘many nothings’, events take an increasingly sinister turn when she becomes the object of her male teacher’s attentions:

As far as Saad is concerned, words hold the key to ‘the possibility of an exit’. Persuasion is the way; violence is the ‘resistance of the hopeless’. But Eve has learnt the hard way that ‘no’ doesn’t work; that women like her are condemned to be ‘stolen bodies’, there to be ‘colonised’ by male desire. And if you can’t reason with the coloniser, the only option left is ‘to destroy him’.

Devi crafts an absorbing, finely poised dialogue between these opposing escape routes – Saad’s faith that the pen is mightier than the sword, and Eve’s conviction that actions speak louder – and sends the novel spinning towards a breathless conclusion. I won’t spoil which way the pendulum finally swings, but I’d thoroughly recommend that young (and not-so-young) adults dive in to discover for themselves. The book comes with a notice that the YA edition is only suitable for young readers aged sixteen plus, which seems apposite given the subject matter. But if you have any soon-to-be sixteen-year-olds in your life, and want to gift them a reading experience that showcases the richness of international literature and the joys of a quality translation, this ticks both boxes with aplomb.

EVE OUT OF HER RUINS