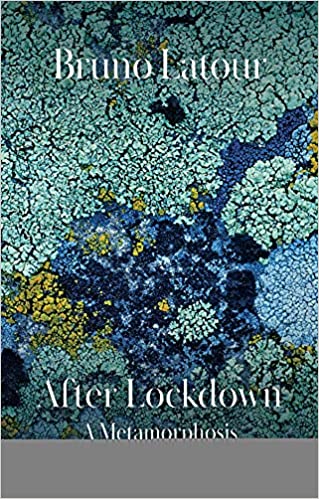 Termites have got it right. This is Bruno Latour’s assessment in After Lockdown, a radical, stirring and at times discombobulating vision of Earthly life in a post-pandemic world ever more marked by climate change.

This English translation by Julie Rose will hit the shelves at the end of September, a month before COP26 gets under way in Glasgow, and coming after a summer of extreme weather and doom-laden warnings of more climatic disruption to follow. Yet while press headlines have responded with tips on how to weather-proof our homes and cities, Latour’s concerns run much deeper: as freak climate events become the norm, and our hand in them becomes increasingly obvious, we need to reconceptualise our very way of being. And the lessons of lockdown, Latour argues – with a little help from our insect friends – might hold the key to this strange new world.

At the heart of Latour’s argument is a profound rethinking of the space we regard as ‘earth’, the territory in which our every aspect of our lives unfolds. Scrap the idea of a giant blue-and-green globe as seen from outer space; our existence, Latour affirms, is confined to what is known in scientific terms as the ‘critical zone’, a layer that stretches ‘two or three kilometres’ in each direction above and below us, and encompasses all living organisms as well as ‘the effect of their actions’. This is our true ‘Earth’, a capitalised absolute in which we remain inescapably locked down, whatever the freedoms presently proffered or withheld by national Covid restrictions. And nothing we do in this Earth – no breath we take nor purchasing decision we make – is without consequence for its other constituent lifeforms, be they human, plant, microbial or anything between.

The notion of interdependence that Latour develops throughout the book is reminiscent of the butterfly effect, but here, the philosopher’s insect of choice is the termite. In an unlikely star turn, termites are held up as creatures that have mastered the knack of living interdependently – and within their means. Although in one sense ‘a model of confinement’, never venturing outside its co-constructed mound of ‘chewed earth’, the termite nibbles its way to a paradoxical slice of freedom. For when everyone pitches in – insofar as ‘every bit of food passes into the digestive tube of every termite in the space of a few days’ – the mound keeps on extending, and suddenly, within this niftily balanced act of give and take, the locked-down termite can theoretically ‘go anywhere’.

Self-interested humans, on the other hand, are constantly taking too big a share of the Earth’s pie. To illustrate the blinkered human logic of ‘forging ahead’ – even if this means rendering ever less liveable the band of Earth to which we’re confined to spend the rest of our days – Latour turns to the example of ‘Earth Overshoot Day’. A concept that has made mainstream headlines recently (for more background, see www.overshootday.org), this is defined in the book as ‘the day of the year when the state’s “production system” […] will have exhausted what the planet has provided for that state’s use’. In an ideal Earth, this day would be New Year’s Eve. But last year, Latour tells us, ‘humanity, taken as a whole, overshot its limits on 29 July’ – and this despite managing to forestall the date by three weeks thanks to a spring of lockdowns. As for 2021, under the guiding light of the ‘“economic recovery”’, Latour augurs a shift ‘in the wrong direction’.

So, how can we channel our inner termites and unlock a new form of freedom from within our Earthly confines? This is not a practical handbook, but Latour’s ‘philosophical fable’ certainly offers plenty to chew over. What if we refused to accept The Economy as ‘the bedrock of all possible life on earth’ and the hallowed basis of political decision-making? What if, instead, we embraced our condition of interdependence and accepted true responsibility for the tangible reactions that each of our actions triggers in the Earth we call home? If successive waves of the pandemic have taught us anything, it is surely this ripple-effect logic.

I couldn’t stop thinking about this book after I finished it. Latour’s off-piste line of reasoning requires cognitive effort from the reader, but delivers compellingly in return. Bring on the termite revolution.

AFTER LOCKDOWN: A METAMORPHOSIS

Translated from French by Julie Rose