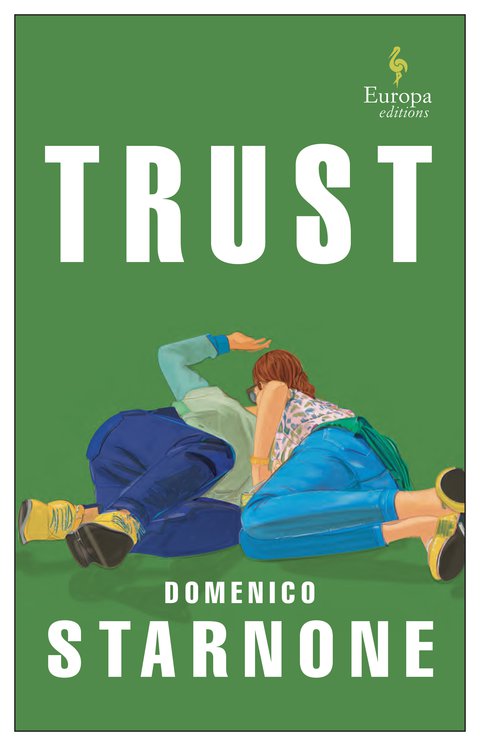 Domenico Starnone definitely knows how to tell a story. The tension that quickly builds over the first few pages of his books continues throughout until the very last pages, in fact the very last sentences. Objectively one could perhaps say that nothing world-shattering happens across the narrative, and yet the book is comparable to a fast-paced thriller where no one is safe and nothing is what it seems.

All of this applies to Trust. It is the story of two people, Pietro and Teresa, teacher and student. Pietro first falls for Teresa when she is a student in his class, and when they meet again a year after her graduation, they become lovers. It is a turbulent affair with a lot of ups and downs (about which we do not hear too much), as well as breakups and makeups: ‘It was as if our boundless admiration for each other only served to ascertain that we loathed each other, and vice versa,’ Pietro reminisces; and the feeling seems mutual.

Finally, in order to tie themselves together inextricably, they decide to confide to each other a most terrible secret that would, without question, destroy their respective reputations if it ever came to light. A complete, no-holds-barred opening up to another person would surely create an unbreakable bond. Or so it might seem. In fact, they leave each other for good just a few days after their confessions. And this is where the story really begins. Although the narrative takes up a mere 147 pages, we follow the characters over several decades to see what they do to each other, to their loved ones and to themselves, after this effort to stay united forever. Because in a sense, they actually do remain united.

Structurally, Trust consists of three stories, each with a different narrator. The first and longest is told by Pietro and presents us with his account of what happened, as well as his fears, hopes and struggles. The second is by Pietro’s daughter; and the final part is contributed by Teresa, who has evolved into a brilliant scientist of international repute. As is often the case with such polyphony, the narratives contradict each other, sometimes with facts (or their omissions), but mostly with interpretations. Starnone plays masterfully with our expectations and with the conflicting ways in which people appear to others, so that as we learn of the characters’ shortcomings and blind spots, we grow to understand and empathise with them more, not less.

All this probably leaves the impression that the book is about a chaotic bundle of strong emotions – and, indeed it is, but primarily it is a story about learning and growing as you learn. Pietro’s career takes off as he starts to criticise the conservative Italian school system and becomes a pedagogical theorist, someone whose efforts might help rebuild the educational system. But all the while his own education continues, until the final examination, which is taken on the last pages. I will leave it to the reader to find out whether he passes or fails.

Rein Raud is an Estonian academic and author. Raud has published on a wide range of subjects from cultural theory to pre-modern Japanese literature and philosophy, as well as writing five collections of poetry, seven novels and several collections of short stories and plays.