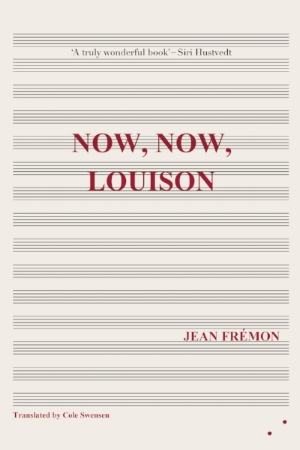 ‘They call them sculptures because they’re made of marble or iron or wood, but they’re really yarns, brief stories from the past that got stuck in your throat, pills that wouldn’t quite go down; you blurt them, mumble them, ruminate over them. And then they show them in Paris.’

Whether they are narratives of an inner life, the stark sketches of a private consciousness, the howl of a trauma that deafens with its absolute silence, or staggering, devastating, radically shocking presences one cannot simply override or ignore, Louise Bourgeois’ ‘messages to the dead that the living intercept’ are above all enigmas. Her work, her life, her personality defy all classification, just as they defy unilateral or one-sided reactions to the many, polarised fragments that constitute and destroy her.

Louise Bourgeois the person was replete with all the paradox, riddle and charisma of a troubled, suffering humanity that refuses to capitulate, even when the only thing left is a frayed, fast-disintegrating shred of hope – hope that belonging, love, happiness, life, one’s own consciousness – and consciousness generally – are possible. Louise Bourgeois the artist evokes the wrenching feeling of both awe and the awful; she inflicts on the viewer the greatest dichotomies, as well as pain and almost apocalyptic fear. But at the same time she holds us mesmerised – immobilised by her Gorgon’s gaze that tells a human story full of tragedy we simply cannot afford to ignore.

Jean Frémon, in his novel Now, Now, Louison, succeeds in conjuring up not only the persona and the corporeal reality, but also the manic, trailing intangibility of Bourgeois’ voice – the tangled mind and its brilliance. He has said of his story that ‘everything in the book is imaginary, and yet it is she who speaks, and it is to herself that she speaks’. He calls it a portrait de mémoire, a portrait from memory, and reminds us that ‘even when we draw the portrait of someone before our eyes, we must still imagine that person in order to recreate them in art…’ ‘Everything comes from the model,’ he assures us. And what a model Bourgeois must have been.

Her photographic portraits show that she relished the opportunity of posing, of self-representation, of self-mythologising, of auto-fiction, but also of seeing herself as the object of another’s gaze and desire, even when she provoked with an almost wicked audacity the most visceral disquietude. Like her archetypal arachnids, she was both ruthless and infinitely protective and generous; a destroyer and a life-giver; the harshest critic and the most inspiring mentor; fragile and omnipotent; a child with the wisdom of a sage beyond time or age. Like her art, Louise Bourgeois the private individual is prolifically displayed, readily available and yet mystical, unknowable – and at once forbiddingly arcane and revelatory. What makes her unique is the incontestable genuineness of her ambiguity, the absence of all sophistry or games of dissimulation, and the narcissistic contradiction of her stardom. We have her work; we know her biography; we can even feel in the most tactile manner the relief and angularity of her discourse, as well as its rare immediacy, compassion, and the unyielding invitation to humanity that it invariably extends.

Frémon had a privileged experience to draw upon – he had known Louise Bourgeois for almost her entire artistic life. He was her agent, respondent, critic and collaborator. What he offers us is an intimate, particularly sensitive account of another human being’s very public lament and battle cry, an exclusive view that includes both heaven and inferno. He conjures up a personal vernacular, an incantation of traumas that became a terrible power – the artist’s relentless, unconquerable force, which consists both creation and ruin.

His story is both a vivid portrait and an engrossing dialectic with art – its purpose and process, the minutiae of its eternity, the grittiness of its daily practice and existence. Now, Now, Louison is deeply and troublingly private, thrillingly theoretical, and provokingly authoritative about another human being’s definition of all that she was or yearned to be. It is a compulsive, daringly perceptive, sometimes astringent exploration of the roles, power and symbolism of maternity, fertility, sublimation and reality, of ecstasy and happiness, of silence and the overcrowding bustle of belonging; of hysteria and emotionality; and of how to give material substance to presence, to nothingness and to the void.

Reading Now, Now, Louison is not a straightforward literary exercise – unless one is willing to listen rather than trying to pull the strings of both narrative and life into neat patterns, perfect phrases or photographic frames. It feels, in fact, like a casual visit – extraordinary and natural at the same time – to Bourgeois’ New York studio/home at 347 W 20th Street. Frémon conveys with pathos and even love the chaos and order, the fierce tenderness, the pathology and the rare humanity of Louise Bourgeois. As Bourgeois once said, ‘The subject of pain is the business I am in’, and Frémon in this novel clearly understands both pain and catharsis.