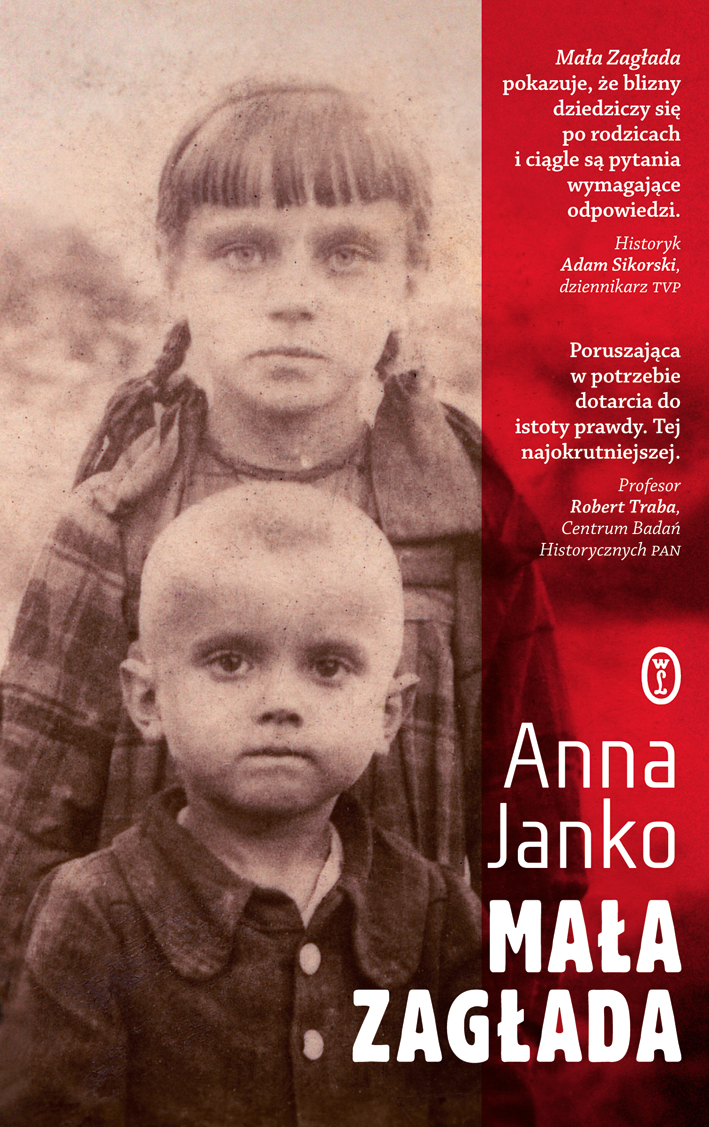 Mała Zagłada (“A Minor Holocaust”) is the fifth prose book from the Polish poet, writer, literary critic and playwright Anna Janko (b. 1957). Having published eight poetry collections and two plays previous to this book, it has clearly taken her a while to tackle its subject. It is a painful, personal one: Janko’s mother was nine when her village, Sochy, was burned down by the Germans and its population decimated. In thirty-seven short chapters Janko reconstructs the tragedy and, along with her aging mother, tries to work through it. Her in-depth research of the topic and lengthy conversations with her mother and other family members support the flow of her poetic language, the tone of which veers from tenderness to outrage, via unflinching, clinical descriptions of the brutal events.

A Minor Holocaust – which sold over 16,000 copies in Poland and boasts an impressive list of awards – is, in broad terms, a book about trauma and the way it is passed down, somewhere at the intersection of the body and the mind, to subsequent generations. Janko, raised by a woman traumatised by the events of her childhood, describes her own anxiety and constant, almost subliminal plans for escape, and the way her own daughter rocks back and forth when distressed. The book is especially powerful concerning what happens to children in situations of conflict. While the focus here is the Second World War, orphanhood, separation from one’s parents and coping with tragedy are horribly universal themes.

Janko also delves into the various ways we both remember incidents and try not to remember them. These brief pieces of writing, carrying as they do a titanic amount of historical, creative and emotional work, add up, therefore, to an attempt to understand what happened and how it continues to affect whole families, whole societies.

A Minor Holocaust explores war and the relentless grind of history on a human scale – and as such, it is a haunting word of warning for the present and the future.