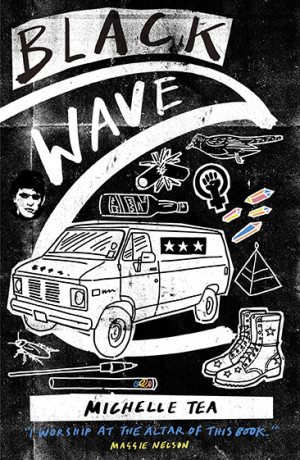 With the Domesday Clock the closest it’s been to midnight since the nuclear tests of the early 1950s, have you thought where you’d like to be when the world ends?

Has it also occurred to you that the end of the world might in fact be profoundly tedious? This very thought occurs to the protagonist of this novel, Michelle. She’s a writer in her late twenties who washes up penniless in Los Angeles, on the run from her chaotic, dead-end life in San Francisco’s gay district. She leaves behind lovers, friends and her growing chemical dependencies, and brings with her a well-developed drink problem, a yearning to write a second memoir or a play, but with the added stress that her next book needs to be commercially successful. It’s 1999.

The twenty-first century is full of stories about The Apocalypse and dystopias – and may continue to be until we get used to the idea. Luckily for us, Michelle’s initial hunch about the end of the world turns out to be wrong. If there’s one thing missing from this novel, it’s tedium.

Black Wave pulled itself from under my feet and sent me flying. It did this several times. Very early on, I resigned myself to not really knowing what I was reading, and I was as thrilled by that approach as I once was to find myself attracted to someone whose gender I couldn’t identify – an experience I happen to share with Michelle. It seems that neither gender nor genre matters much when you have hot stuff on your hands, and this book is hot stuff.

It’s a picaresque dystopia packed with sex and politics. A queasily honest depiction of the struggle with alcohol and drugs. A story about the quest for identity, safety and belonging that propels some of us to seek and form subcultures, only to run when we can no longer imagine ourselves without them. Rather than a love story, it is a story about love, the love found in friendship, in families where hearts are clogged with love for one another, in romantic relationships gone wrong and in messy drugged-up trysts. It had me in fits of eviscerating laughter, and delivered jabs of pain so unexpected and sharp that I was left gasping for breath.

Michelle, the central character, shares a name and profession with the author; it is obviously partly autobiographical. However, instead of exploiting this fact to tease her readers with simple questions of how much of the scabrous detail is real and not real, Michelle Tea takes the opportunity to explore the act of life writing itself, and to ask complex questions about whose lives are least likely to become art, and why.

The human experience is male, Michelle reminds herself as she hilariously tries to stuff her own life into a heterosexual middle-class white male character, in a desperate attempt to make her narrative universal. With Black Wave, however, Michelle Tea has indeed written a universal narrative, precisely by focusing on a narrow, marginal slice of the human experience. She brings it to teeming life with her lucid, supple, sparkling writing, cracks it open and pulls it wider and wider apart, until we all fall in. And then she sends us flying.

Three days after reading the last sentence, I still feel I’m flying, as if I’d sprouted wings. It may be two and half minutes to midnight, but I’m glad the world didn’t end in 1999. We’ve hardly been making the best of it since, but at least Michelle Tea got to write Black Wave. And now we get to read it.

Published by And Other Stories (February 2017)

Marinella Mezzanotte is a penniless writer and life model, who has accidentally become a copy-editor on her quest to translate Italian literature into English. Among other works, she has edited the translations of Donatella di Pietrantonio’s novels published in the UK by Calisi Press.