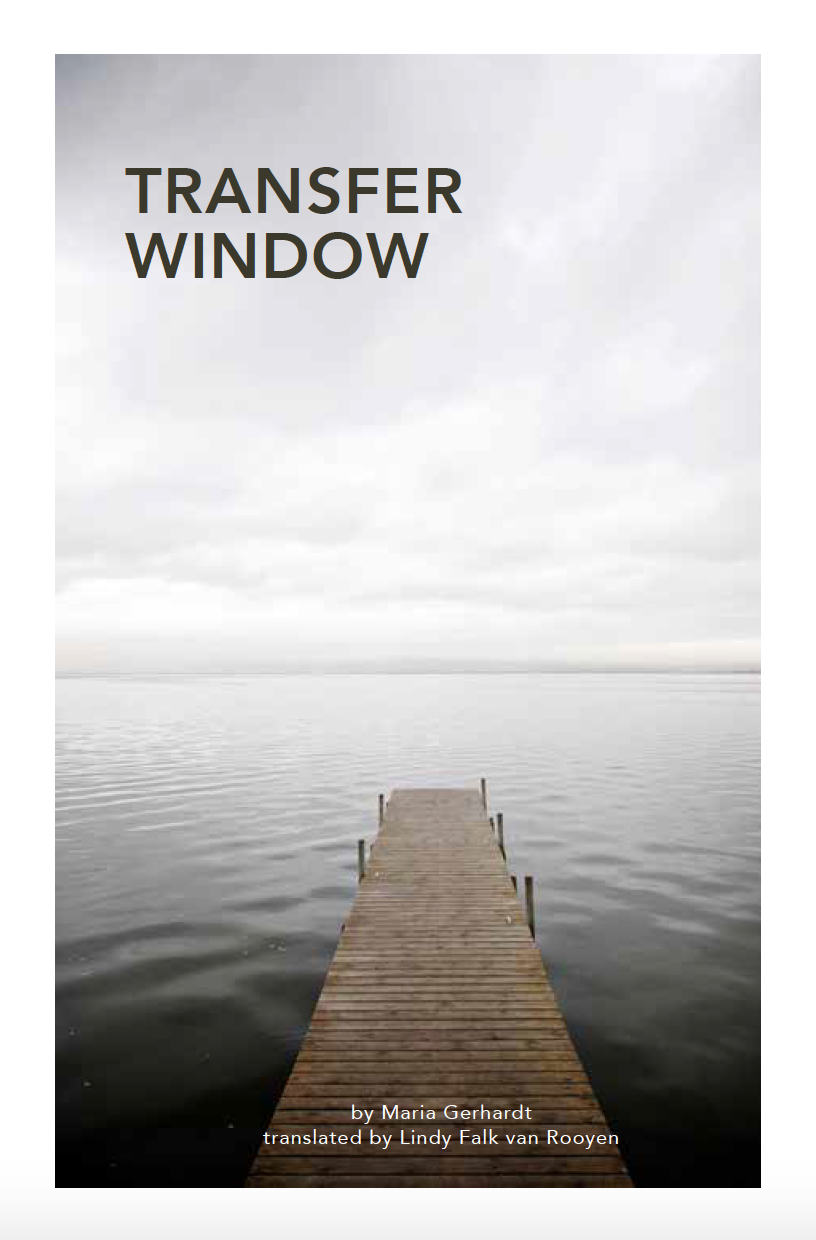 Danish author, Maria Gerhardt, died of breast cancer on 16 March 2017. She was thirty-nine years old and left behind a wife and son. Soon after, Transfer Window, a haunting account of her final months, was published. Now, Nordisk Books, an exciting new publishing house focusing on contemporary Scandinavian literature, have brought out Gerhardt’s final work in English translation.

Interweaving passages of vivid fantasy and auto-fiction, Gerhardt offers a fragmented meditation on the final months of a young woman’s life. She imagines a luxurious hospice, Rosenhaven, by the sea, where Maria rests and waits for death. The residents take regular dips in the ocean and relax in the sauna. Music, however, is prohibited; ‘it wakes too many feelings’. Maria resents the older residents dying of cancer. She is

Maria has her own young son. He finds it hard to adapt to her ill health, while she struggles to accept his perspective. She recalls their last times together before she moved to the hospice. How he would climb into her lap for comfort when she was still strong. Later, she overhears him tell a girl from playgroup, ‘My mum’s got the worst sickness in the world. You can die from it. She walks around in her underpants all day.’

Maria explores her anger and fear at having to leave the world before her time. How do you say goodbye to loved ones? How do you cope with the bitterness of having lived half a life? Time moves faster and people behave differently when you are dying. Sometimes, a single observation, sitting alone at the top of a page, speaks volumes: ‘I remember the list, updated weekly, of friends who couldn’t bear to be around me.’ Or: ‘The sick are sent stacks of emojis.’

We are never sure whether Mikkel, Maria’s best friend in the hospice, is real or imagined, but he offers solace ‘behind the wall’. They visit the Virtual Reality Store together. They tell the shop assistant which memories they want to relive and act like recalcitrant teenagers. Mikkel drinks illegally while Maria defies her doctors’ advice: ‘I wait for the sun, smoking cigarettes while I wait, smoking cigarettes even though it is not allowed.’

Maria is decaying from within: ‘a ghastly place to be. Half dead and half alive … Do we look into or out of a transfer window?’ she muses. “The bane of always having to be so existential when you’d rather be talking about so-and-so’s screwed-up love life.’

The mind is the last to succumb to the ravages of chemotherapy. Gerhardt’s remarkable feat is to convey the rich interior monologue of a women on the brink of death, while fighting ‘a body forever in a state of emergency.’