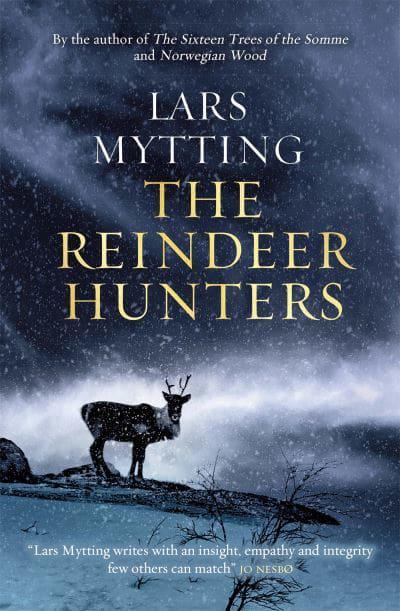 The Reindeer Hunters is the second volume in Lars Mytting’s engrossing Norwegian epic trilogy, following on from the mesmerising The Bell in the Lake.  It’s now 1903, twenty-two years since the strong-minded Astrid Hekne made the hardest decision and the ultimate sacrifice a mother can make. Pastor Kai Schweigaard continues to tend to his flock of parishioners; he is still haunted by remorse, but has grown a little more compassionate towards human frailty. The reindeer hunters of the title are two young men, Jehans and Victor. One is raised in Norway and must contend with the harshness of a life lived in poverty and humiliation; the other grows up to be an upper-class Englishman with all the privileges that money can buy. On the surface, there’s nothing that should make their paths cross. Until, that is, a reindeer is shot dead with two bullets fired at the same time.

The novel transports us through a time of great industrial progress and upheaval, a world war and a pandemic – a period in which, for all the science and rationality of the age, the supernatural and the unexplained are never very far away, and the old religion of mythical creatures, shapeshifters and prophecies challenges the new religion.

Lars Mytting keeps us absorbed and turning the pages to the end. He generates a powerful, suggestive atmosphere, with characters whose flaws only contribute to making them sublime.

Deborah Dawkin’s translation creates a work that stands strong and steady in English – with the odd trimming in Norwegian – and manages to weave a setting in which the reader’s senses are fully immersed in the period and the place.

The Reindeer Hunters is a novel you can’t put down once you start reading it, with characters you immediately care about, want to listen to, and wish you could talk to in return. If you haven’t read The Bell in the Lake yet, then I’d urge you to order it along with The Reindeer Hunters from your favourite bookshop immediately. And don’t be put off by the 400 or so pages per helping: I am a notoriously slow reader, and I devoured each volume in a couple of days.

Watch Katherine Gregor’s interview with Deborah Dawkin on the trials and terrors of translation here.

Translated from the Norwegian by Deborah Dawkin