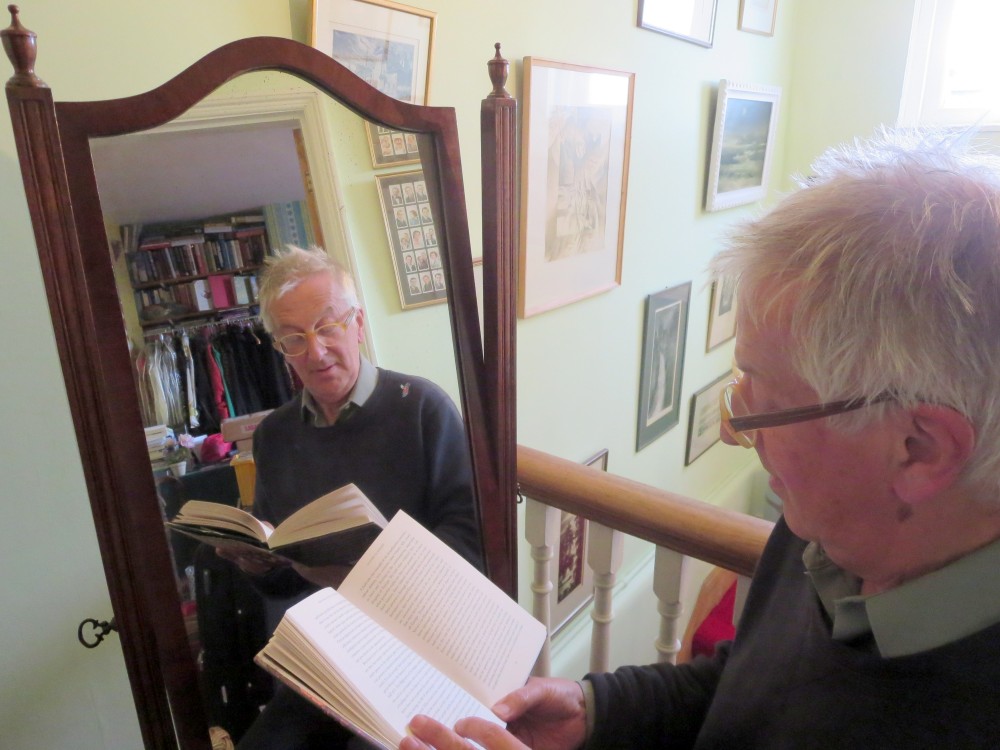 #RivetingReviews: John Munch reviews MESSAGES FROM A LOST WORLD. EUROPE ON THE BRINK by Stefan Zweig

Crushed into oblivion by the iron-clad Nazi subjugation of Europe and the vagaries of literary taste, Stefan Zweig now basks in an omnipresent afterglow. There’s been a surge of Zweigiana over the past five years, thermals of interest buoying the profile of this hugely prolific Austrian Jewish author across Europe and beyond.

In the US, film director Wes Anderson, a late-comer to Zweig, had a huge 2014 success with “The Grand Budapest Hotel”. Set in the fictional republic of Zubrowka (the name normally attached to a legendary Polish vodka cocktail), this rollicking comic paean to Mitteleuropa featured two characters based on Zweig himself, with Ralph Fiennes managing to bear an uncanny resemblance to the author.

A couple of recent Zweig biographies have appeared in English. George Prochnik, who contributed to the “Budapest Hotel” publicity material, adopted an impressionistic approach in The Impossible Exile with a focus on Zweig’s last years before he and his second wife Lotte Almann fled to Petrópolis in Brazil where they committed suicide on February 22, 1942. Zweig’s last years are also the subject of a film just being completed by Maria Schrader, star of the Channel 4 Cold War TV spy thriller “Deutschland 83”.

Now Messages from a Lost World adds 10 essays and speeches published for the first time in English to further deepen the Zweigian Zeitgeist. Unlike Anderson’s artful lampoon, which was overtly “Zweig lite”, the collection is ringed by a pervasive dark soul of the night angst. The mood is set by the first piece ‘The Sleepless World’, a feverish rendition of people’s nightmarish unease in the face of “the diabolical pressure of events”. As the first world war looms, people “haul their plough of anxieties and visions across the barren soil of night”.

The book closes with a 1941 clarion call by Zweig in the name of German writers to maintain “in spite of everything” confidence in the “invincibility of the spirit”. Between these two extremes of despair and hope, Zweig commits with quasi-mystical intensity to the goal of a united Europe through closer connections among the continent’s philosopher, artistic and scientific elites. Only in this way can the atomising imperative of nationalism which roamed unchecked through Zweig’s lifetime be neutralised.

It can be argued that a preoccupation with Zweig’s theories would be more appropriate in a doctoral thesis about the origins of the Common Market. I leave that question to the cultural historians. What is certain is that Zweig’s main medium — the essay — is one of the least likely to ensure literary immortality. It’s the intersection of multiple layers of loss encapsulated in Zweig’s writings— the implosion of the Hapsburg empire, of the glittering literary life of fin de siècle Vienna and its Jewish stratum — that explains why he remains a figure of enduring fascination.

When Zweig turns to memoir, rather than highly wrought cultural theorizing, he is at his most journalistic and also at his most affecting. So ‘The Vienna of Yesterday’ stays most resonantly in the mind. Here he is as much reporter as commentator, describing Vienna’s inhabitants — “Bosnian peddlers in short trousers and red fezzes who went from house to house selling Tschibuk pipes and daggers”, Galician Jews “with their curled braids and long kaftans”, Ruthenians “with their sheepskins” and “the vintners in their blue aprons”. But even in this essay the overarching obsession is with the dream of a united Europe as represented in the supranational “Holy Roman Reich” of the Hapsburgs.

One major bonus of the volume is the introduction by Will Stone, translator of the “lost messages”. Not only is his analysis of the 10 newly translated works masterly, but his translation is forceful and muscular. Occasional glitches such as the choice of “flaky” and “wisecracking” in the text are just minor irritants.

As Stone writes, the articles “have been found, translated and made available to anglophone readers at a precarious moment for Western civilisation, as to Europe’s outer walls the outriders of atrocity are gathering”. Grexit has been avoided for the time being. Brexit could soon be a present danger to the European Union. The menace of either eventuality could even be dwarfed by extreme right political resistance to the biggest inflow of refugees into the European continent since the second world war.

Even sober academic observers are speaking with growing certainty of the break-up of the Union. No one today will read Zweig in the expectation that he can provide a nuanced playbook for today’s Eurocrats to disentangle themselves from the crises that afflict Europe. Zweig may have been a spiritual godfather for a united Europe but where is the white knight who can close today’s ever-widening fissures? Read John Munch’s reviews of Things We Don’t Do by Andres Neuman.

Messages From a Lost World

Europe on the Brink

Translated from the German by Will Stone