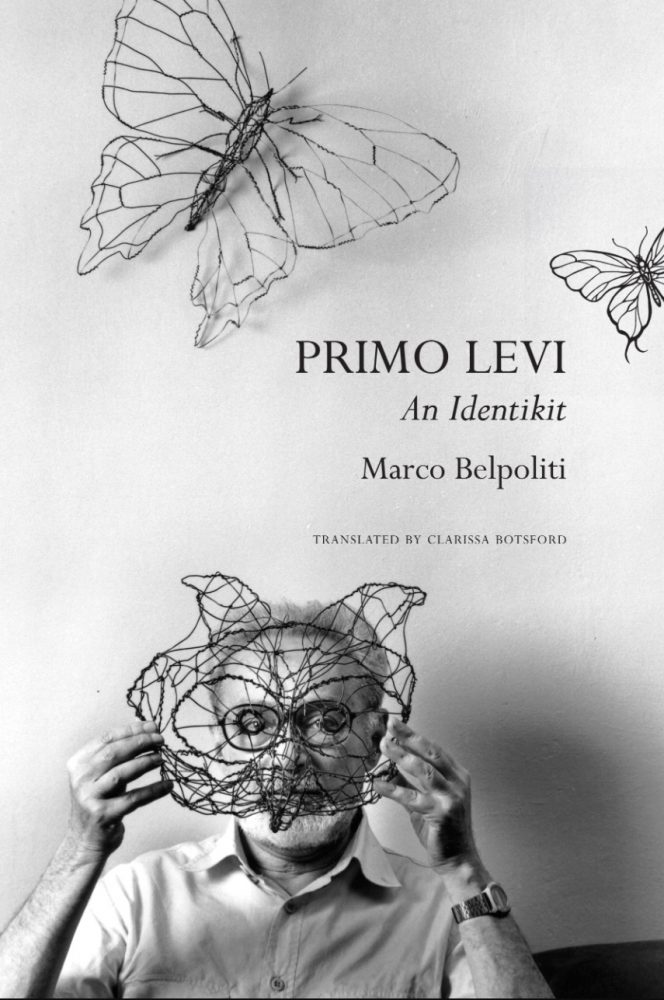 How to write about a man best known for telling his own story? Today, Primo Levi is viewed as one of our most important witnesses of Nazi atrocities. Writing in what Philip Roth described as ‘lucid, unpretentious prose’, the Italian chemist’s books on his incarceration in Auschwitz and the concentration camp structure have earned him a rightful place among the greatest writers of the twentieth century.

A book on Levi should therefore make generous use of his fiction and non-fiction, both of which were clearly autobiographical. From Ian Thomson’s definitive English-language biography Primo Levi: Elements of a Life (2002), via Carole Angier’s The Double Bond (2002) and Sam Magavern’s Primo Levi’s Universe (2009), this has been the way to approach Levi. With Primo Levi: An Identikit, Italian author Marco Belpoliti takes this one step further by devoting his chapters entirely to Levi’s various works, using these as starting points to write about other aspects of his life, and piecing together the eponymous identikit.

The result is a wide-ranging mosaic. Belpoliti also includes ‘lemmas’ after each chapter, where various related terms such as ‘Holocaust’, ‘Lager’ and ‘Muselmänner’ are glossed, and traits and stylistic features of Levi’s writing are discussed. Primo Levi: An Identikit, therefore, does not follow its subject from cradle to crematorium. Instead, the brick-sized volume opens with Levi’s writing of If This Is a Man – undoubtedly his most important work. In the years following his return from Auschwitz, Levi wrote about his experiences with fervent compulsion, during his lunch breaks at work and in the quiet dormitory of the Piedmont factory where he found employment, while his future wife, Lucia Morpurgo, served as his editor.

Here Belpoliti’s meticulous analysis, where various drafts of the book are compared and contrasted, demonstrates how Levi’s masterpiece evolved through the process of endless rewrites. He initially struggled to find a publisher for his debut book, as ‘the Shoah was not a dominant paradigm between the 1950s and the 1970s’. Belpoliti then traces Levi’s life through his short stories, journalistic articles, novels, non-fiction (including a curious interlude entitled ‘Levi’s Alphabet of Animals’), as well as hybrid works such as The Periodic Table, a humanist manifesto as much as a book about the elements.

Primo Levi: An Identikit has been marketed as ‘the definitive book on Primo Levi’ and should therefore not be read as a biography. Instead, Belpoliti’s book presents itself more as a companion to Levi’s body of work, built around an impressive (albeit rather dry) close reading of various drafts, notes and interviews from Levi’s long career as a writer. There’s the occasional photograph, which Belpoliti analyses in similar fashion – Levi as a baby in his mother’s arms (the infant already displaying ‘a hint of that perplexed amazement’ that would become characteristic of the man); Levi as an adult gazing intently into an early computer screen; and finally a photo of the stairwell at 75 Corso Re Umberto where he chose to end his own life on 11 April 1987.

Belpoliti, a professor of Italian literature at the University of Bergamo, has spent twenty years researching Primo Levi, and previously edited a collection of his works on Auschwitz. While his knowledge of Levi’s works is remarkable, Primo Levi: An Identikit bears the distinct marks of being written by an academic prone to guiding the reader’s attention with a heavy hand: ‘The following two sections will deal with … ’; ‘let us take a few steps back in time … ’; ‘we will limit our analysis to a few significant points’. At one point, he even takes an absurd detour into Freudian territory, drawing on the idea of the Ego and the Id when analysing Levi’s student portrait:

‘In this identity-card sized photo, there is an identity that would not vanish, but which would become one of the many layers of stratified personality where nothing of the past was lost but where every experience accumulated into a plural identity.’

Unfortunately, Belpoliti’s minute investigations into Levi’s publication history do not unearth a deeper truth about the man himself. Clarissa Botsford does a fine job of the translation, preserving Belpoliti’s and Levi’s individual voices, but cannot salvage a project that seems to be pulling in all directions. Primo Levi: An Identikit works excellently as a learned reader’s companion, but as a literary portrait it ends up being too meandering in its descriptions of a man who always strived for clarity.

Johanne Elster Hanson is a freelance journalist and translator who specialises in Norwegian literature and culture. She has written for the Guardian, and is a regular contributor to the European Literature Network’s #RivetingReviews.