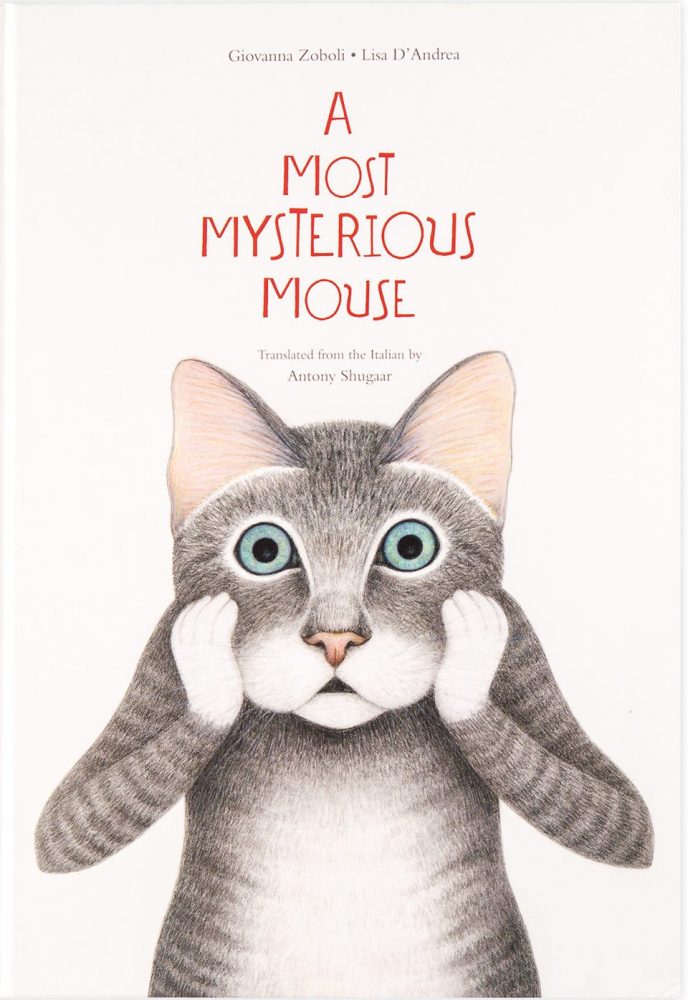 ‘Once upon a time there was a cat. He was a handsome tabby cat, with a head full of mice. Indeed, he thought about mice all day long.’

A cat who spends all his time thinking about mice – surely there’s nothing unusual about that? But this grey tabby has made himself a very ambitious promise: by his eighteenth birthday he shall have imagined one million different mice. In his head, he sees eighty-eight mice in checked jackets, one hundred and forty-four mice on a triple-decker bus, thirty-three mice dancing the polka – or little grey mice simply doing all manner of things on their own.

But there is one most mysterious mouse that he just can’t seem to picture at all, no matter how hard he tries. Until one day, when all of a sudden there’s a gentle tap tap at the door. The cat is overjoyed to finally see the little mouse he’s been searching for. He treats his new friend to tea, takes him out to play, buys him a balloon and then eventually has to say goodbye. The ending is not a sad one though: with a new sense of hope, the happy tabby cat starts to go out with his own feline friends once more and even treats himself to a special pair of bright yellow rainboots.

Illustrated with detailed pencil drawings in soft shades of grey and the occasional burst of colour, A Most Mysterious Mouse is a gentle story that will entertain younger readers who enjoy counting and looking for different elements in the story each time. There is also space for children to add their own interpretation of the unusual friendship during the four ‘silent’ spreads depicting the mysterious mouse’s visit. Spreads that also add to the cat’s curious nature: has he just imagined the mouse, like all the others, or did that particular mouse really come to his house? Either way, Zoboli’s charming story, D’Andrea’s sweet illustrations and Shugaar’s lively translation create the perfect tale that can easily be read again and again.

A MOST MYSTERIOUS MOUSE

Johanna McCalmont is a Northern Irish translator and interpreter based in Brussels where she works from French, German, Dutch, and Italian. She is a regular contributor at World Kid Lit and her literary translations have appeared in No Man’s Land and New Books in German.