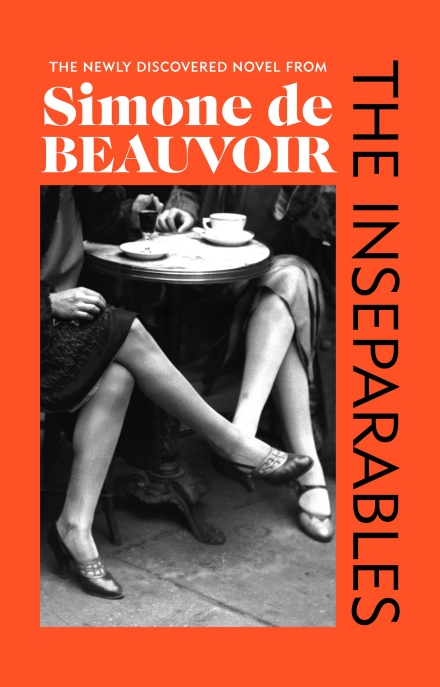 The appearance of Les inséparables in France last year inspired much early discussion: why had the novel been left unpublished by the author? How did it compare to Mémoires d’une jeune fille rangée (translated into English as Memoirs of a Dutiful Daughter), the first part of de Beauvoir’s autobiography, which tells much of the same story? And above all: what was the nature of the friendship between de Beauvoir and Zaza Lacoin – sexual, romantic, or ‘just’ friendly?

In her translator’s note, Lauren Elkin reminds us to consider the novel as a novel. Even putting aside any attempts to define the author’s real feelings (not the remit of literary critics), it is tempting to look at The Inseparables through the frame of Mémoires, and to explore the differences in de Beauvoir’s focus and narrative structure – where the account of events has been expanded or cut; how tension is created or released at different junctures. Here de Beauvoir’s imperious voice, which always demands the right to address seriously the questions that pursue her, is subdued in favour of trying to throw light on the mystery of her friend. Rather than showing the development of a thinking mind, as her autobiography does, the novel quests after a great tragedy – the loss of her friend, laid bare for all to recognise and share in.

Elkin’s translation is impeccable; it is also interesting. Elkin keeps a lot of French expressions, and the rhythm of the language, the voice of the narrator, can be heard bubbling under the English. Explanations are neatly and quietly offered on matters that might be new to a non-French reader. De Beauvoir’s literary style, her confidence and her precision, are brought through beautifully.

The protagonist Sylvie details her love for her friend Andrée in much the same way – and often in the same words – as de Beauvoir in Mémoires. Yet Sylvie also assesses, queries, and judges. She interrogates the toxicity of the cultural environment in which Andrée lives, the restraints that limit what she is and what she can be; every small point that pushes Andrée to make herself smaller is noted. Sylvie examines the mechanics of these shackles, how they are transmitted from one generation to another, and the systemic frameworks that enable them. Sylvie’s own milieu is sufficiently removed from Andrée’s for her to be occasionally shocked by the latter’s explanations of what is simply not done. All this to understand why and how the loss of her friend came to pass.

When a writer chooses not to publish their work, there is a reason; whether others consider that reason good enough is a different matter. My suspicion is that de Beauvoir had aimed to bring the force of her loss to the page, but that in the act of writing, she found only the rationalising arguments that she would have made, or perhaps did make, to her friend. Perhaps she concluded that the effect was not as strong as the subject deserved.

Translated from French by Lauren Elkin