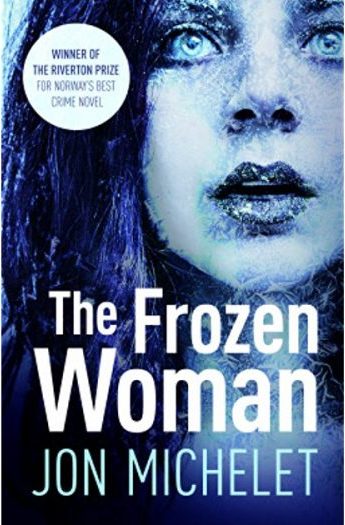 In Norway we have more than one writer who is called the “Grandfather of Nordic Noir”. I am afraid, though, that none of us deserves it. The “Grandparents of Nordic Noir” are without doubt Maj Sjöwall and Per Wahlöö. With their ten-book series about Martin Beck and his colleagues at the police department in Stockholm, they set an example that many of us, at that time younger writers, tried to follow. There is no question about them being the inspiration for Jon Michelet, and for me, when we published our first crime novels – both in 1975.

Perhaps, though, Jon and I may share the title of being the “Grandfather of Norwegian Noir”? We both wrote police procedurals back then. I had a couple of police officers at the Bergen police; he had a couple of the same in Oslo. One of his investigators was called Wilhelm Thygesen, who later on left the police to work as a lawyer, more or less as a private detective. The first real Thygesen novel in that style was Jernkorset (“The Iron Cross”) from 1976, the year before my first Varg Veum novel. Through the 1970s and 1980s our two heroes were often compared, and each operated in our respective parts of the Norwegian kingdom – Bergen and Oslo – with huge succes.

Jon Michelet is a prolific writer, and in recent years he has published what is certainly going to be his principal work – a series about a young Norwegian sailor set during World War II, in which he uncovers the truth about the shameful treatment of these sailors in the decades after the war, when they were never shown the respect they deserved; not until it was far too late.

The Frozen Woman, which is being published in UK this year, is the ninth Thygesen book and was published in Norway in 2001, after a pause in the series of twelve years when Michelet wrote other kinds of books. The Frozen Woman earned him the Norwegian Riverton Prize (for the second time) for the best crime novel, the first writer ever to experience that. And it is without doubt a very good crime novel.

In this book Thygesen is sixty-three years old. He has had success as both a lawyer and a TV personality, but now he is confronted with a very difficult situation: a frozen woman found in his own garden. Very soon a biker, from a gang Thygesen has previously represented as a lawyer, is found dead, presumably murdered – and the plot thickens. It was good to read the Norwegian version when it was new, good to have Thygesen back again in good shape, and I am sure that UK readers will enjoy meeting one of the central Norwegian crime writers of the last forty years in one of his best books. And, being translated by my own English translator, Don Bartlett, I know that Michelet and Thygesen are in the very best hands.