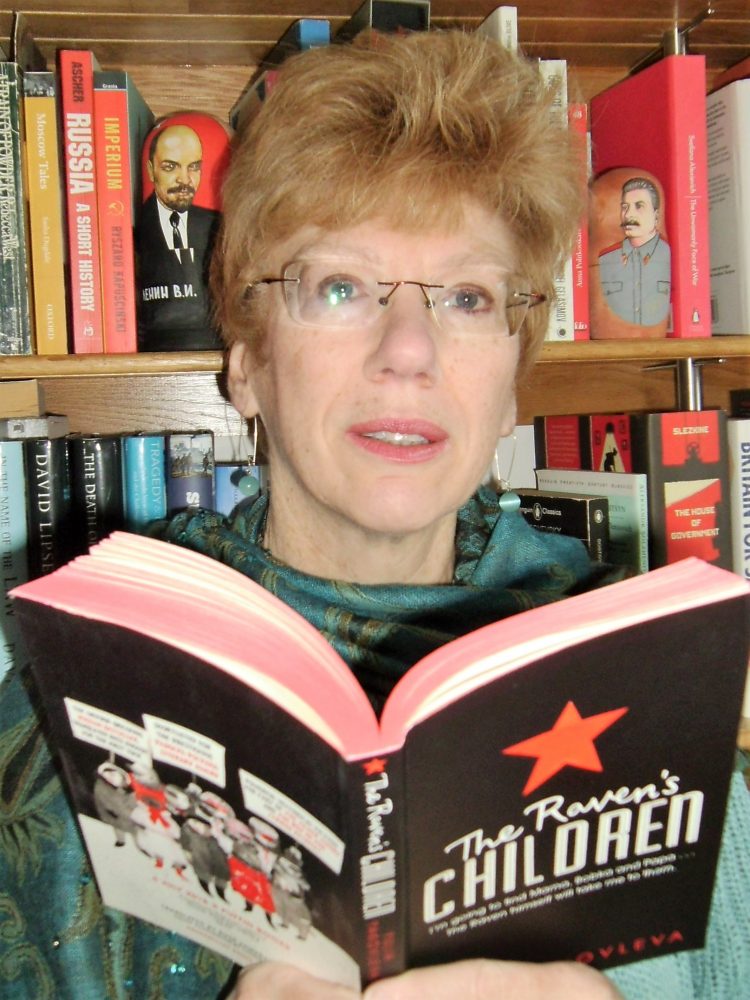 Seven-year-old Shura and his friend are playing at the Leningrad railway yard when a tremendously long freight train chugs past. Countless human eyes peer out through the cracks in the wooden wagons, and suddenly someone flings out a ball of screwed-up paper. That evening, Shura’s parents read its message: ‘Tell them … 5 Sadovaya Street … taken to Kolyma Gulag …’ Terrified, they tell their little boy that the writer must be a criminal and he must never speak of the message to anyone.

The opening scenes of The Raven’s Children plunge the reader into the fearful atmosphere of the Soviet Union during Stalin’s Great Purge of the late 1930s, when millions were consigned to the ‘gulag archipelago’. Shura and his elder sister, Tanya, are left alone to fend for themselves when their parents and little brother Bobka disappear. Neighbours in the communal flat say their father has been taken by ‘the Black Raven’, a reference to the black NKVD cars in which suspects were collected at night. In Shura’s imagination, the mystrious Raven is a real bird, and this leads him and Tanya to search for their family by wandering the streets and questioning the birds of Leningrad, ranging from sparrows and pigeons to swans.

The book’s passages of magical realism – talking birds and rats; people who become literally invisible to those around them because they have suffered at the hands of the state; walls that sprout hostile ears and eyes – effectively convey the disjunction between appearance and reality in a totalitarian state. Who is to know what is real and dependable in a society where innocent people can disappear overnight and children be sent for ‘re-education’, which involves stripping them of their identity and erasing memories of the past? The line between the real and the unreal is as nightmarishly fluid and recalls the film Pan’s Labyrinth, which depicts Falangist Spain through the eyes of a child.

Though this remarkable novel has much to engage the adult reader, children and young people are its target readership. Despite the dark subject, its child protagonists display a perkiness, humour and resilience that inspire hope. Shura survives a season in the ‘Grey House’ where he is imprisoned for re-education, and determines to find and free Bobka. There can be no classic ‘happy ending’ in a novel that tells the truth about the separation of families under Stalin’s Terror, yet the three children survive, their spirits unbroken, and are reunited.

Yulia Yakovleva’s grandfather, taken to an orphanage for the children of ‘enemies of the state’, escaped and eventually found his three siblings in other orphanages; they were reunited and formed a family again. But he, like other members of her family, remained unwilling to speak of their experiences. This silence inspired Yakovleva to write about Stalin’s Terror in a way that would enable the young to empathise with previous generations. The Raven’s Children, sympathetically translated by Ruth Ahmedzai Kemp, is the unforgettable result.

Translated from the Russian by Ruth Ahmedzai Kemp