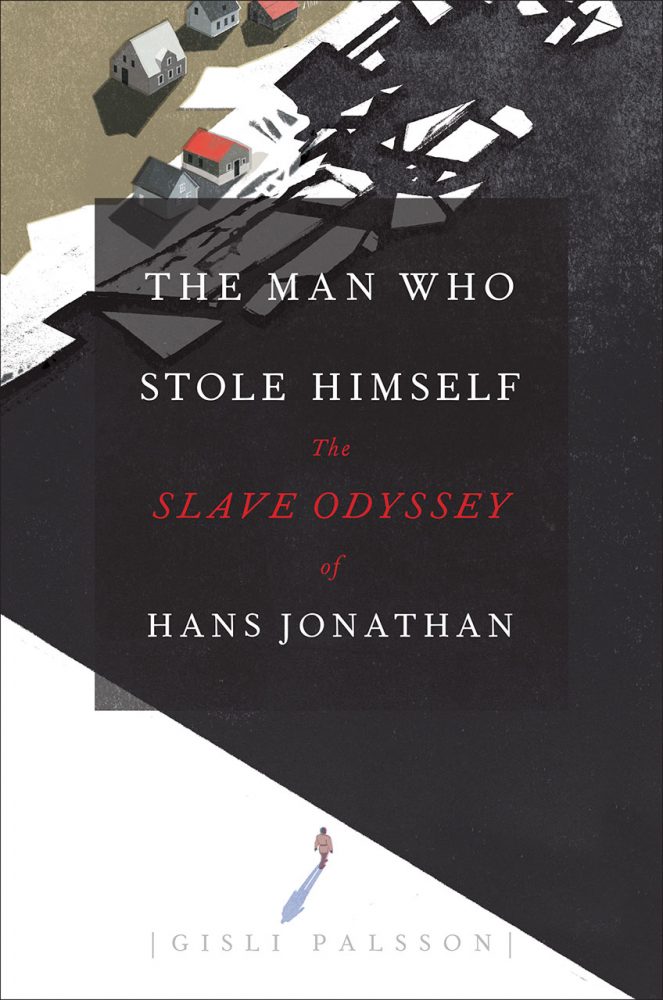 #RivetingReviews: Fiona Graham reviews THE MAN WHO STOLE HIMSELF by Gísli Pálsson

Hans Jonathan (1784–1827) was a most unlikely Icelander. With his dark complexion and curly hair, he looked very different from the others. And he was a man who had reinvented himself. In fact, in the parlance of the time, he had ‘stolen himself’ from the Danish slave-owners on whose plantation he spent his early childhood.

Hans Jonathan was the son of Emilia Regina, a black slave who worked in the household of the governor of St Croix (Danish Virgin Islands). His father may even have been the governor, Ludvik Heinrich Schimmelmann. When the boy was only three, his mother was shipped to Copenhagen to serve in the family mansion. Hans Jonathan followed three or four years later. Though he received an education and learned to play the violin, his status remained that of a slave in the Schimmelmann household.

In 1801, the young man ran away from home to join the Danish navy and fight the British in the Battle of Copenhagen. If he thought this would buy his freedom he was sadly disappointed. His heroism in defence of the country that had enslaved him was not enough to save him from a court case brought by his owner: ‘The General’s Widow Henrietta Schimmelmann versus the Mulatto Hans Jonathan’. The court ruled against Hans Jonathan, and the prospect of being transported back to St Croix hung over his head. So he took ship to Iceland, at that time another Danish possession. There he rebuilt his life. He went on to work at a trading post in the remote and sparsely populated eastern fjords, and eventually married, had a family, and ended his days as a peasant farmer.

As befits an eminent anthropologist, Gísli Pálsson has done far more than write a biography of a unique individual. He sets Hans Jonathan’s exceptional life in context, examining the brutal history of the ‘triangular slave trade’, the development of ideas about fundamental human rights, and the history of European and North American racialist ideologies. The Danish and Icelandic perspectives give fresh insights into the concepts of ‘race’ that held sway at the time.

Hans Jonathan was an extraordinary man, yet the various Europeans who met him in Iceland and mentioned him in their writings had little or nothing to say about his origins and appearance. He seems to have been readily accepted and integrated into the local community. After his death, attitudes varied; one or two descendants seem to have tried to hush up their African lineage. But in the main they were, and are, proud of their association with a man universally regarded as good and honourable.

This meticulously researched and thoughtful biography will appeal to all those with an interest in the slave trade and its ramifications outside the Anglo-American sphere, or in how concepts of ‘race’ have evolved – and sometimes regressed – over the last two centuries. It is a timely reminder of an earlier migration crisis – the transportation of enslaved people from Africa to the Caribbean and beyond.

THE MAN WHO STOLE HIMSELF: THE SLAVE ODYSSEY OF HANS JONATHAN

Translated from the Icelandic by Anna Yates

Published by The University of Chicago Press (2016)