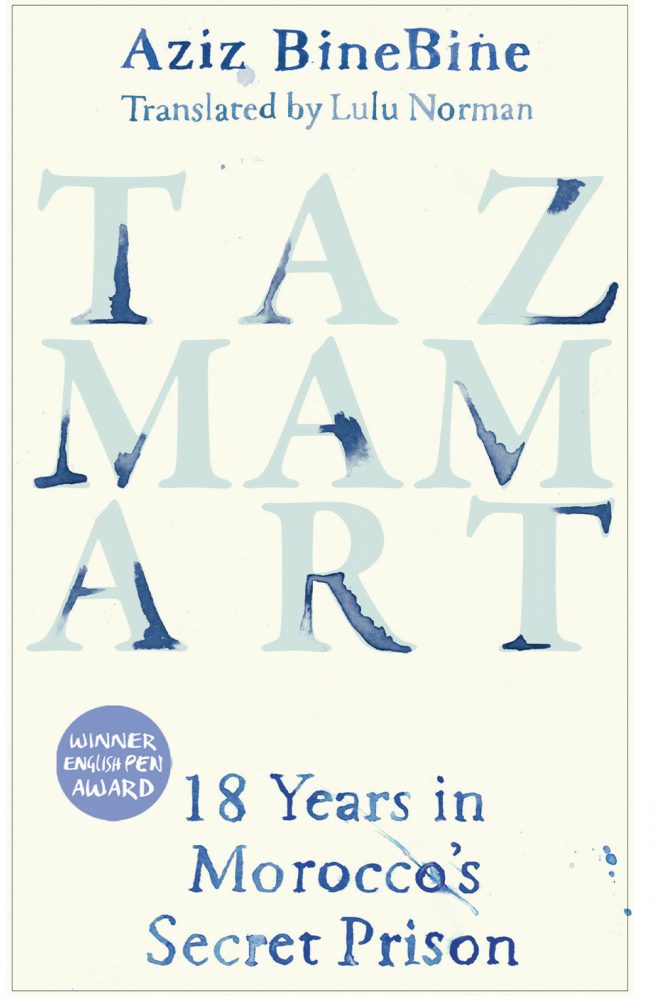 ‘This is the song I sing as a former convict’, writes Aziz BineBine, introducing his astonishingly life-affirming account of incarceration in ‘six square metres of hell’. Fewer than half of BineBine’s fellow prisoners survived Tazmamart (‘Tazmamort’ in the French original, a pun on ‘ma mort’ – ‘my death’). His memoir is thus an homage to those that lived and died in one of the world’s most inhuman jails.

It was an unlikely fate for a promising young army officer who was also the son of one of King Hassan II’s most favoured courtiers. BineBine was a man in the wrong place at the wrong time, inadvertently caught up in an attempted coup. Confident that his innocence would be recognised, he actually handed himself in. But an unfair trial resulted in a ten-year custodial sentence to be served in Kenitra military penitentiary. Eventually, in 1972, BineBine and his fellow officers were removed to a secret location in the Atlas mountains.

In Tazmamart, political prisoners were held underground in individual cells just two by three metres. The only source of light was a vent in the passage linking the cells. Ventilation holes in the roof also flooded BineBine’s cell at times. The only ‘furniture’ was a concrete block. The toilet was a hole in the ground that overflowed when the drains failed. There were no washing facilities. Prisoners were mostly locked in twenty-four hours a day. In the gloom, they could barely see their neighbours, and most fellow prisoners remained disembodied voices. Inmates wore a summer uniform year round, even in freezing winter temperatures. Rations were barely adequate to allow survival. There was no medical care.

How can anyone survive such conditions? There is no simple answer to that. BineBine himself decided from the outset, while still in the military penitentiary, to ‘surrender unconditionally to God’. He retained his religious faith, but expected nothing. He also made a conscious decision to set aside both past and future: ‘I no longer had a family, or friends. I had no personal memories and no future.’ As an educated and cultured man, however, he had a well-stocked internal library and film archive to sustain him, which he shared with his fellow inmates in storytelling sessions.

Collective mutual support was essential. The group established rules and a timetable for their interactions. They prayed, sang, and studied together. All of this was accomplished by voice alone, since they had no reading or writing materials. BineBine himself gave philosophy lessons; others explained and discussed the Qur’an, and even the principles and practice of yoga. What emerges strongly is that those who were most generous towards others were often most successful in sustaining themselves as well: ‘The best way to go beyond ourselves is helping others; by solving others’ problems, we forget our own.’

However, death came for good and bad alike. In a particularly bitter irony, inmates from poor backgrounds had often overcome tremendous odds to gain access to the education needed to qualify for training as officers. Two such were Al-Aïdi, a devoted husband and father, and Boujemâa Azendour, who had fought tooth and nail for his schooling after seeing his twelve-year-old sister sold into marriage. Both lost their lives in Tazmamart.

It is hard to imagine anything more hellish than the experiences BineBine describes. What nonetheless makes his memoir life-affirming is the determination it reflects to remain human under inhuman circumstances.

Fiona Graham’s translations include Elisabeth Åsbrink’s 1947: When Now Begins (Scribe UK), which was longlisted for the 2018 Warwick Women in Translation award and the 2019 JQ Wingate Prize.