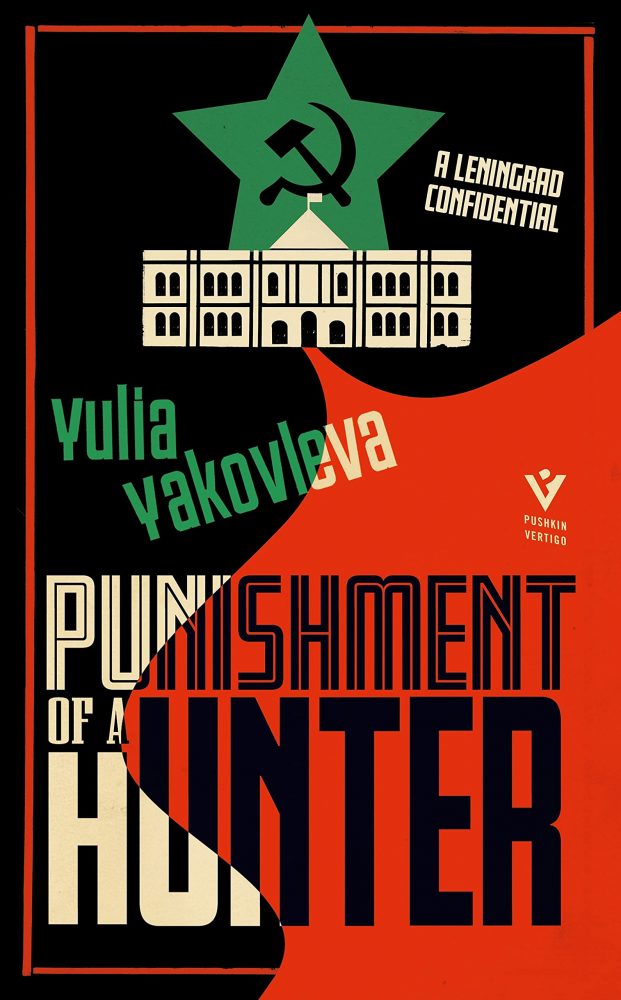 How does a principled young police detective go about conducting a murder inquiry in early 1930s Leningrad, when his CID boss is a recruit from the notorious OGPU secret police (predecessor of the NKVD and the KGB)? In fact, how does a decent man like Investigator Vasily Zaitsev even manage to stay alive at a time of backstabbing Stalinist purges? Punishment of a Hunter, billed as ‘a Leningrad Confidential’, is no run-of-the-mill murder mystery: the crimes it depicts stem not only from the urges of psychopathic individuals, but from a state and society that Stalinist totalitarianism has rendered increasingly psychopathic.

From the start, Zaitsev faces almost insuperable challenges on all sides. Turning up at a crime scene in a typically overcrowded Soviet kommunalka where the neighbours all know each other far too well, he finds faded bookkeeper Faina Baranova dead in her room. The perversely melodramatic décor and props – red silk curtains, the black velvet dress in which Baranova has been posed, and the white rose in her hand – point to a killer with a twisted aesthetic pleasure in the theatrical. But hardly have Zaitsev and his team of detectives got to work, than the OGPU starts its purge of the Leningrad police force. Everyone is to be screened for possible anti-Soviet sympathies, or just for the ‘wrong’ kind of social background – such as a father who was in commerce or the Church before the Revolution.

So Zaitsev has to take on authority itself: the OGPU, the Leningrad Party boss who wants him to forget poor insignificant Baranova and focus on the even more bizarre murder of a black American Communist, and his own CID hierarchy. Suspicion and mistrust hamper him at every turn, starting with his own team of detectives. This is a society in which relationships with friends, neighbours, colleagues and even lovers are necessarily tenuous.

In Vasily Zaitsev, Yakovleva has created a sympathetic protagonist who genuinely wants to see justice done. A good cop surrounded by corruption and political skulduggery, he is a lightly sketched figure whose character is revealed more through action than through introspection. But there are intriguing hints about Zaitsev’s past in his familiarity with classic Russian literature, his unlikely knowledge of English idioms, and the fuzzy memories of childhood charades that provide a clue to the nature of the serial murders he investigates. The reader’s curiosity is piqued, and since this novel is the first of a prospective series of three, there should be ample opportunity for Yakovleva to develop her detective’s character further in future instalments.

The novel builds to a dramatic climax in which the ‘hunter’ of the title faces the horrific punishment planned for him. But the satisfaction of the denouement is short-lived, followed by a deeply disturbing final scene that foreshadows the next stage in the story.

While the plot has enough twists and turns to keep the reader guessing, it is the novel’s dark and menacing atmosphere, built up through telling detail, that is the strongest source of suspense. Punishment of a Hunter is as bone-chilling as a freezing winter fog over Leningrad.

PUNISHMENT OF A HUNTER

Read Fiona Graham’s #‎RivetingReview of WILL by Jeroen Olyslaegers