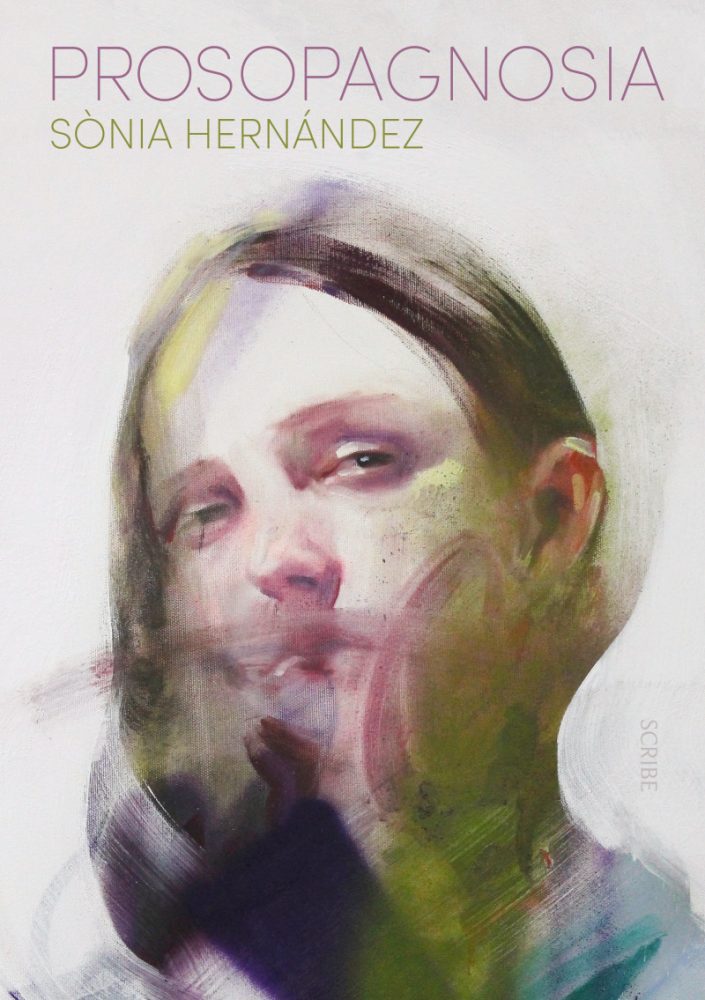 Prosopagnosia is a coming-of-age novel by Sònia Hernández, who was named one of Granta’s Best Young Spanish Language Novelists in 2010. Samuel Rutter’s beautiful translation into English was published this month by Scribe.

‘Berta says that beautiful things aren’t made for her or that she isn’t destined to have them, or that the only things she deserves are ugly.’

These are the opening lines of this unusual story, which is written in precise, direct and clipped prose. Both Berta and her mother have issues with body image, Berta because she is fifteen and ashamed of her body and face, her mother because she believes she’s twenty kilos overweight. Berta’s feelings also seem to be heightened; at school she’s revolted by a substitute teacher’s hairy upper lip and facial wart, but most of all by her deformed hand. Coincidentally, she also finds it difficult to be near her father’s new girlfriend and her disability – her arm is a stump with one finger, and one painted fingernail. So, we already know we are in the realm of the bizarre and of images and signals.

Berta is fascinated by an introductory psychology lesson in which the teacher tells them about prosopagnosia, or the inability to recognise people’s faces. As one of her past-times is staring at her reflection in the bathroom mirror until she zones out, no longer recognising herself, this knowledge holds extra weight for her. In fact, one day she decides to try holding her breath and staring into nothingness at school, choosing the reception area as the location for this activity. That day, an artist, Vicente Rojo, is visiting the school, and saves her before she falls onto the hard floor and hurts herself. Alarm bells ring when the school staff agree he can take her home as he lives nearby, despite being a total stranger to Berta.

In this unconventional novel the narration then turns to Berta’s mother, who recounts events from her side, being called into the school to hear that Berta turned down the famous artist’s offer of a painting as a gift. Like her daughter, Berta’s mother has terrible self-esteem, saying she met her husband at the age of eighteen and from the very first date was waiting for him to end the relationship. However, now he has finally departed at forty-three, she feels her life is over. She wants to be someone she’s not and as a former journalist for the local newspaper, she sees the arrival of the artist in their lives as an opportunity to restart her career by interviewing him.

This is a mesmerising but difficult book to read, with its lonely and distressed characters, but for me it was redeemed by the mystery around the artist: someone asks, how can Vicente Rojo be so established in Spain when he’s only just left Mexico? In the second part of the book, however, the mother fills in the gaps by revealing the artist is not all he seems, and that she herself has come down with a bad case of prosopagnosia – and self-deception.

Translated from the Spanish by Samuel Rutter

Dymphna Flynn is development producer at Pier Productions and was a judge on the Costa Book Awards 2021. She reviews new fiction on Instagram @dymphnaflynn. Dymphna was a producer at BBC Arts for over 20 years, and has a degree in French and Italian and divides her time between France and the UK.