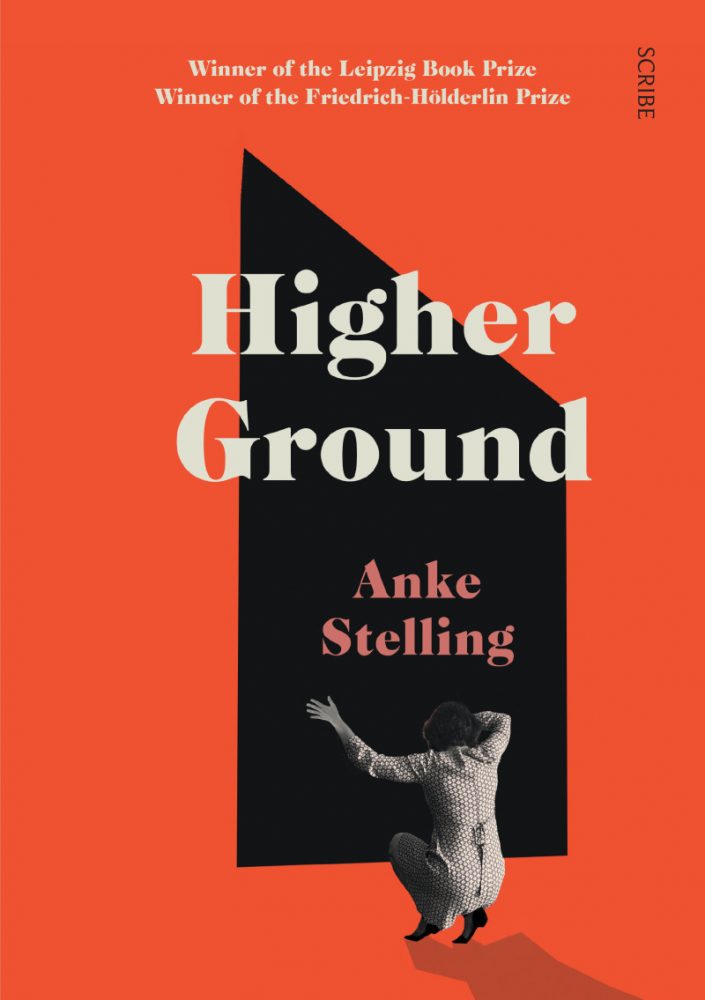 What was the floor like in your childhood home? Resi, the narrator of Anke Stelling’s Higher Ground, has a moment in the opening section of the novel when she realises her mother cannot afford to change the ugly floor tiles in their flat, which are of inferior quality to those in her classmates’ houses.

This path of comparison is one that Resi walks for the rest of her life – a feeling of not being as good as her peers. With an aspirational mother, Resi goes to a good school, and does well. But her background has an impact on her: as a teenager she can’t go skiing with her rich boyfriend and their friends, because she doesn’t know how and has no equipment. (How mean that none of them offer to chip in!) As the group move into their twenties, their social awareness disappears, because they are left-leaning liberals, believing in equality. It’s easy not to worry about money when you can rely on your parents.

Resi takes the higher moral ground over her friends, marrying an artist, Sven, and becoming a writer. The detail of family life is realistic, but for me, the rituals of breakfast, school runs, and whining children asking why they can’t go to Sicily for the mid-term break ‘like all their friends’ are exhausting. Resi blames her own mother for not teaching her that money matters and divides, and warns her teenage daughter Bea not to fall into the same trap. However, Resi is not, it is suggested from the first page, the most reliable of narrators: ‘Families are a hotbed of neuroses, and the ruler of this particular hotbed, our nest, is me.’

Now in her mid-forties Resi is still in touch with her friendship group, who have reverted to type and become professors, doctors and architects. They live communally nearby, in a building they co-own and have converted into comfortable flats. Over the years Resi has watched her once-dear friends become more and more ensconced in the comforts and compromises of money, success and the nuclear family. They, in turn, criticise her for carelessly having four children when she has no regular income. Resi, the reader might think, could have made a different decision when she rejects, on principle, a generous offer to join the building enterprise and instead rents a shabby flat from one of the group, Frank, becoming beholden to him. Everything changes, however, when Resi writes a thinly veiled novel criticising her friends and wins a national literary prize.

Anke Stelling won the Leipzig Book Fair Prize 2019 for Higher Ground, her first novel to be translated into English. She lives in Berlin, as does the translator Lucy Jones, so they will have a deep understanding of the underlying issue of the novel, which is how the capital’s housing market is changing and families with young children are being priced out of the city.

Resi, however, is one of the angriest characters I’ve ever read, and although the novel is comic in its portrayal of gentrification, loyalty, growing up and modern parenting, the repetition of daily life and of Berlin’s rental problems left me disappointed. Plus, there’s an unanswered question: what exactly did Resi write in her prize-winning novel that causes such offence?

Dymphna Flynn is a books journalist with a monthly review at BBC Sussex and a blog on Instagram @dymphnaflynn. Dymphna was a books producer at BBC Arts for over 20 years, and has a degree in French and Italian.