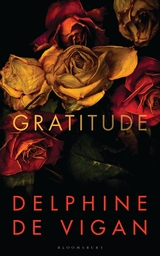 Delphine de Vigan is that rare phenomenon – a French writer well known to UK readers, especially for her novels Based on a True Story (2019) a psychological thriller blurring memoir and fiction, and No and Me (2009), which is on the A-level French syllabus. That story is about a thirteen-year-old girl who befriends and invites into her family home an older teenager who’s living on the streets. De Vigan returns to this theme of a friendship between women in her recently published novel, Gratitude, wonderfully translated, like all her books, by George Miller. Again, one friend is older than the other – but this time, one is at the end of her life.

Marie asks these direct questions on the very first page. She is indebted to Michka, a neighbour who looked out for her during her chaotic childhood. And now, in her solitary old age, Michka is becoming forgetful and relations between the pair have turned full circle.

When Michka is diagnosed with aphasia – the gradual loss of speech – the women decide that it is time for her to move to a care home. Michka’s room becomes the main setting for the novel, contributing to the impression that Gratitude is composed like a stage play – it is dominated by dialogue, and the story unfolds during the compact timeframe of the final weeks of Michka’s life. Delphine de Vigan’s writing is simple, with short, clear sentences. Her crisp prose conjures up atmosphere in a few words – the Formica table in Michka’s new room demonstrates that the care home is not a homely place.

A third character appears, in the form of a speech therapist, a young man named Jérôme, and although there is little character development and backstory in this short novel, there are moments of authentic intimacy. Jérôme knows Michka’s condition is incurable and is honest with her: ‘We can slow things down,’ he tells her, ‘but we can’t stop them.’ There are flashes of humour too, as when Michka hides her whisky in the wardrobe, and in how her language deteriorates and she becomes helplessly confused. Words ‘collude’ her instead of ‘elude’. She worries she’s in a ‘grate’ not a ‘state’. This is slightly overplayed at times, but words count in this novel. As Jérôme says: ‘It’s true it’s painful at the end. You always think you have time to say things and suddenly it’s too late.’

Gratitude is a deceptively simple read that stayed in my thoughts long after reading. First published in France in 2019, before the trend of ‘gratitude journaling’ was quite so widely used to temper these uncertain times, Gratitude explores the real meaning of expressing thanks and how the kindness of strangers can change the course of someone’s lifetime. It’s also a moving portrait of aging, devotion and love, especially when seen through the kind eyes of the healthcare professional Jérôme, and of how physical changes can come quickly upon us.

Dymphna Flynn is an audio producer, books journalist, events organiser and chair of book events. For over thirty years she produced content for all the major BBC radio networks. She blogs about books on Instagram @dymphnaflynn. Dymphna was a school governor for eight years and has a degree in French and Italian.