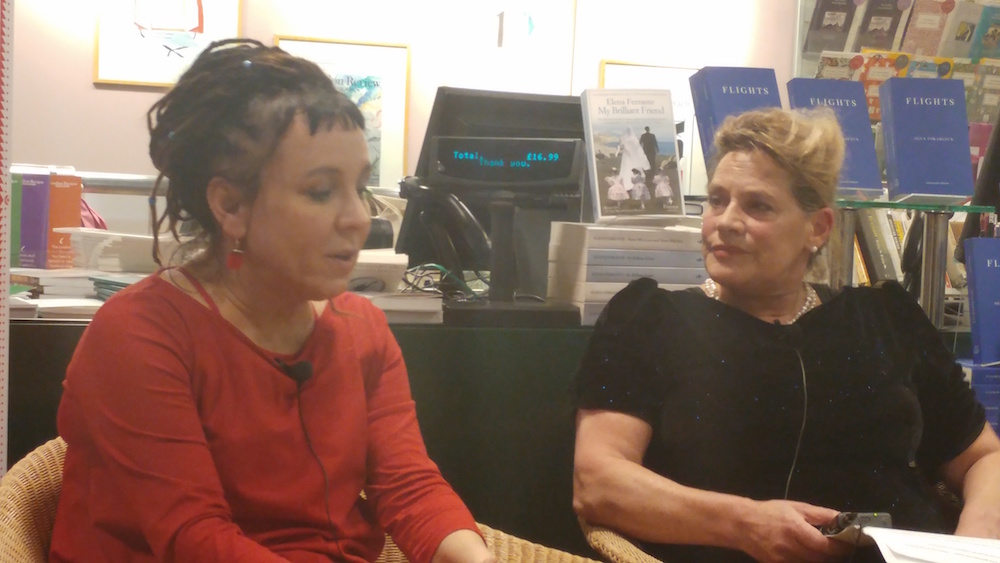 It makes sense that one of the UK’s most innovative and distinctive independent publishers, Fitzcarraldo Editions, has signed up two of Olga Tokarczuk’s bold and accomplished novels – The Books of Jacob and Flights – both translated by Jennifer Croft.

Olga Tokarczuk is, of course, one of the most acclaimed Polish writers of her generation. For both these novels she received the Nike Literary Award, Poland’s most prestigious literary prize.

In the first months of 2017, I was fortunate to have been given a draft of the translation of Flights. I mostly read it early in the morning, when the January sky in London resembles midnight. While I turned the pages, the city birds (somehow invisible in the dark and the rain) began their morning/midnight call. All of this contributed to the vertigo of engaging with the vitality of Tokarczuk’s modernist writing.

The prose style in Flights is lyrical but precise; it is light and deep and unsentimental. Every sentence lands with the artful cadence of a poet. This is a skilled, multilayered narrative about all the dimensions of travel, or, as Tokarczuk sees it, the necessity of movement/motion over stagnation/decay. Autobiographical thoughtstreams and digressions often take flight to interrupt the stories and to complicate the author’s arguments. Most invigorating of all,  Tokarczuk’s attention is always in an interesting place – whether it be shifting identities, impossible journeys, the historical and emotional conflicts that shape our bodies and minds, and which surface in our dreams, the ways in which the process of writing can be a sort of psychosis, or the mystery of losing a key to a hotel room.

It is well known that Tokarczuk studied psychology. She puts this discipline to work in all her writing – by which I mean she never nails human motivation into neat formulae. Instead, she honours the ways in which we are both coherent and incoherent. On this matter, here is a short extract from Flights:

“It turned out it was true what some people said about psychology being a degree you choose not because of the job you want, or out of curiosity or a vocation to help others, but rather for another very simple reason. I think all of us had some sort of deeply hidden defect, although we no doubt all gave the impression of intelligent, healthy young people – the defect was masked, skilfully camouflaged during our entrance exams. A ball of tautly tangled emotions breaking down, like those strange tumours that turn up sometimes in the human body and that can be seen in any self-respecting museum of pathological anatomy. Although what if our examinators were the same sort of people, who knew exactly what they were doing in selecting us? In that case, we would be and found that we were humbled by the power their direct heirs. When, in our second year, we discussed the function of defence mechanisms of that portion of our psyche, we began to understand that if it weren’t for rationalization, sublimation, denial – all the little tricks we let ourselves perform – if instead we simply saw the world as it was, with nothing to protect us, honestly and courageously, it would break our hearts.”

Such is the pleasure of reading Olga Tokarczuk. Flights is published in the UK on 17 May 2017.

Deborah Levy writes fiction, plays and poetry. Her work has been staged by the Royal Shakespeare Company, and she is the author of highly praised books, including The Unloved, Swallowing  Geography, and Beautiful Mutants. Her novel Swimming Home was shortlisted for the 2012 Man Booker Prize, 2012 Specsavers National Book awards, and 2013 Jewish Quarterly Wingate Prize. Her recent short-story collection, Black Vodka was broadcast on BBC Radio 4.