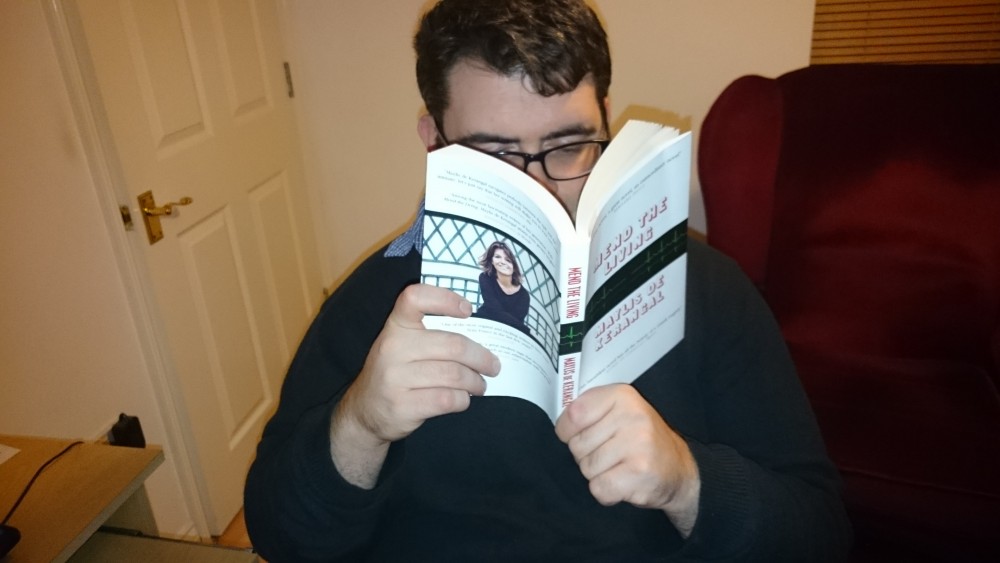 French writer Maylis de Kerangal won the 2014 Grand Prix RTL-Lire for Réparer les vivants, which is now her second novel to be translated into English. Actually – and unusually – there are two translations of this novel: US readers have Sam Taylor’s translation, entitled The Heart, but this review is of Mend the Living, Jessica Moore’s translation, available in the UK and Canada.

Reading Mend the Living is like stepping into a great ocean of words, all cross-currents and waves, and you just have to dive in and let it take you where it will:

…maybe, when they passed Étretat, Chris accelerated without even realising it, shoulders slumped, hands heavy on the wheel, the road straight ahead now, yes, maybe he said to himself it’s okay, the road’s clear, and the desire to make the return journey go faster so they could get home and stretch out, re-enter reality after the session, its violence, maybe this desire ended up weighing on the gas pedal…

So this sentence goes on, unstoppably, as though it has to enumerate every possibility in order to explain why the van of three young surfers comes off the road. One of those young men, Simon Limbeau, ends up in a coma and is brain-dead soon after. Mend the Living chronicles the 24 hours in which Simon’s heart finds a new home.

De Kerangal turns her novels into multi-dimensional, emotional schematics of the situation they’re examining. Events unfold and a fuzzy cloud of words hovers around them ready to illuminate the imperceptible. This was also the case with her previous novel in English Birth of a Bridge. It revolved around the construction of a bridge in a small Californian town, and explored what it meant for the many people who worked on it, and for the town itself. Mend the Living has the same rolling, kaleidoscopic sentences and paragraphs, but it feels more intimately focused.

Simon’s accident immediately opens up new spaces for language. For a start, he’s brought into the Intensive Care Unit, a place where concision and precision of language are all-important. Simon’s mother Marianne feels the effect of this, as simple words like ‘coma’ and ‘serious condition’ resonate so much louder within her. She is also unprepared for a shift in the meaning of death: with the invention of ventilators, the end of brain function became seen medically as the moment of death – meaning that Simon can be dead while his heart still beats and his body still breathes in his lungs. The question arises of organ donation, but how can Simon’s parents think of that now, when even the old certainty of death has been replaced by this new, paradoxically ambivalent, certainty? De Kerangal suggests that finding the words to understand this is key to moving on:

For the moment, there is no possible translation for what [Simon’s parents] feel – it strikes them down into a language that precedes language, an unshareable language, before words and before grammar, which may be the other name for pain, they can’t escape it, they can’t describe it nor form any image of it, they are at once cut off from themselves and cut off from the world.

But Simon’s parents do allow his organs to be harvested, and then the meanings of his body change again. We meet Claire Méjan, who is set to be the recipient of Simon’s heart – and therefore to go on a parallel and opposite journey from him and his parents. Claire’s illness has constricted the sense of space in her life, which the operation will reverse – but Simon’s parents’ have (and will continue to be) constricted by the emotional shift of his death. Claire worries what it might mean to have part of someone else inside her; the Limbeaus struggle to comprehend the reduction of their son to body parts.

Mend the Living covers a short period of time in the lives of only a few people but it reveals whole realms of experience and meaning within that scope. Reading it is a vertiginous experience that you will not soon forget.

David Hebblethwaite is a book blogger and reviewer. He has written about translated fiction for Words Without Borders, Shiny New Books, Strange Horizons, and We Love This Book. He blogs at David’s Book World.