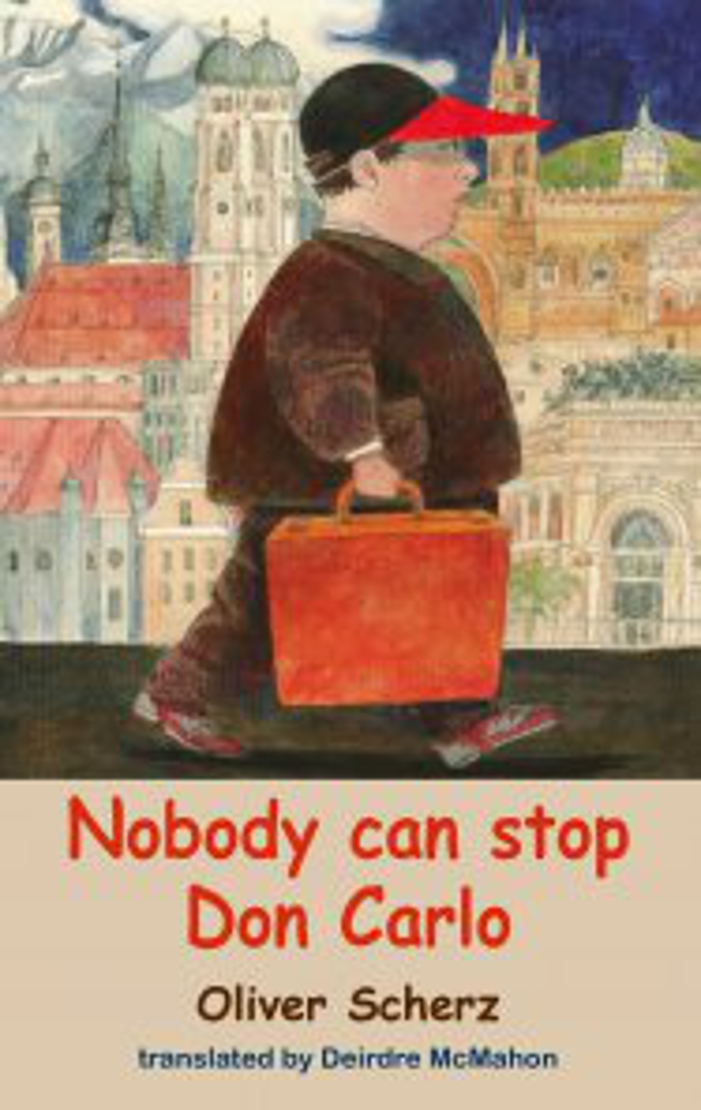 Great news for the children’s books world: Dedalus Books, doubtless known to most Riveting Reviews readers for their thirty-six years of publishing international books in English translation, have launched their first children’s list, under the imprint Young Dedalus. Oliver Scherz’s Nobody Can Stop Don Carlo (translated from the German by Deirdre McMahon) is one of their four launch titles, and it’s a treat.

Carlo lives with his mother in Bochum, western Germany. His father has left home and moved to Palermo, and though he has stayed intermittently in touch, he never quite gets round to visiting. Carlo thinks this problem needs to be fixed, so he decides to travel to Palermo to fetch him. The problem is, Carlo hasn’t told his mother he’s going, and Carlo is only eleven. (He can pass for thirteen, he thinks.) So this is the story of Carlo’s solo journey across Europe to Sicily – just him and his football jersey and his tie and his little suitcase and not quite enough money – and what happens when he gets there.

It’s a short book, and immensely readable, with a nice episodic structure that’s perfect for one-chapter-a-night-before-bedtime. I’ll admit, however, that I was enjoying myself so much, I binged it all in one go. There’s the episode with the dog, the episode with the helpful (and somewhat delinquent) old lady, the episode with the double-crossing taxi driver, the boy on the tractor, and so on. There’s a lot of plot for its ninety pages, which will suit many middle-grade readers (and I suspect would be a fun read-aloud for their parents), and just enough peril to keep the stakes high, but there’s also plenty of character to enrich the experience as well as a lot of humour. While there are a couple of baddies, Carlo finds that most people are kind and hospitable and eager to help, which is a pleasing message these days. However, Scherz allows Carlo’s father to be a more complex character, loving and well intentioned but flawed, so the ending is nicely nuanced, too. And it reads delightfully, in Deidre McMahon’s clear and assured translation. In particular, Scherz/McMahon’s endearing but unfussy voice for Carlo (but also some bits of confident ventriloquizing of the other characters) makes it all very easy to lose oneself in.

I have the other three Young Dedalus books waiting on my TBR pile; if the publisher can keep the standard this high, we’ll all have much to look forward to.

NOBODY CAN STOP DON CARLO

Translated from the German by Deirdre McMahon