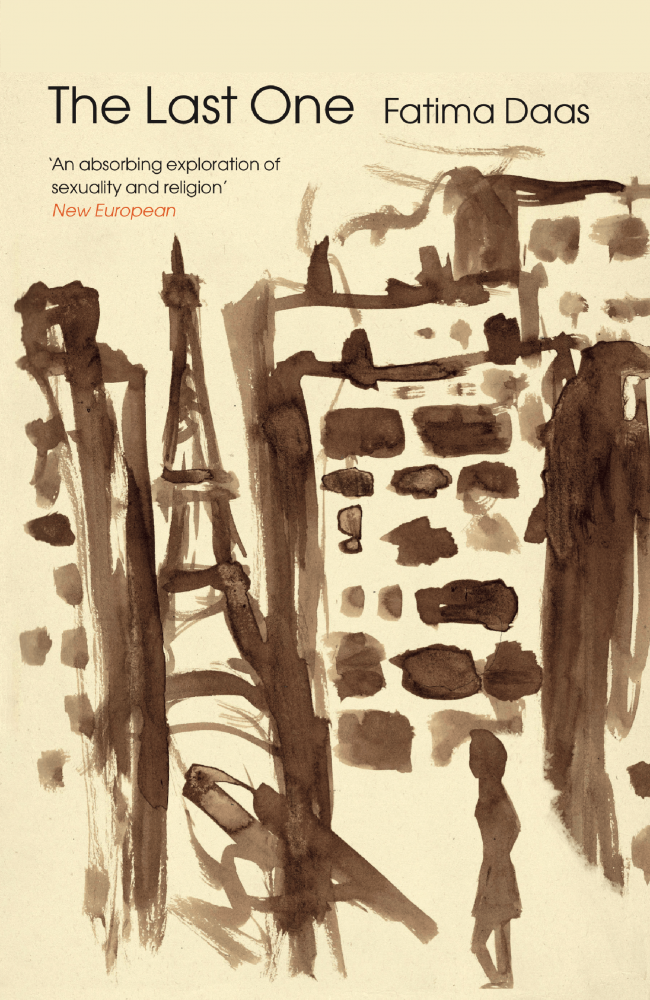 #RivetingReviews: Cory Anderson reviews THE LAST ONE by Fatima Daas

When The Last One by Fatima Daas was first published in France in 2020, the twenty-five-year-old author was hailed as the voice of a new generation. In the novel, the pseudonymous Daas draws on her own experience to tell the story of the youngest daughter of Algerian immigrants, raised in the banlieue of Clichy-sous-Bois fifteen kilometres outside Paris. Translated by Lara Vergnaud, it’s a meticulously constructed portrait of religion, sexuality and identity.

The book is fed to us in segments, like a jigsaw puzzle, leaving us to piece the story together then stand back and view the finished whole. Fatima is lesbian, Muslim, French, Algerian and struggling with it all. Each chapter begins the same way: ‘my name is Fatima Daas’ – as if she has to keep reminding herself of who she is in order to explain it to anyone else. Although each chapter provides only a snapshot of her life, by the end we do have some idea of the girl we have spent time trying to decipher. She is bold, defiant, guarded and yet still vulnerable.

There’s a confessional feel to the narrative as Fatima Daas questions the very fabric of identity. Why can’t she be a Muslim and a lesbian? Why can’t she be French and Algerian? She feels profound shame, and is quick to remind both herself and the reader that her name must never be ‘soiled’. Her name is shared with a symbolic figure in Islam and must be honoured. Throughout the book, Fatima clearly believes herself to have failed in this. She blames herself for her mother’s heart attack after her birth; she is ashamed of her inability to express herself in Arabic when she visits her family in her parents’ homeland. As the only one of her siblings to have been born in Clichy-sous-Bois and not in Algeria, she is the obvious outsider.

The Last One reads like an identity crisis in print because Fatima Daas does not know who she is or her place in life. She never fully accepts any part of herself – her lesbianism, her religion, her nationality – yet she never fully rejects any of them either. All of the chapters are fragments of scattered thoughts and moments in her life. She often spends more than three hours a day commuting on public transport to and from the city, where she feels like a tourist observing Parisian manners. Sitting on the bus, she considers how passing strangers leave us with only morsels of their lives; ultimately, we have very little evidence of who they are. It is exactly in this way that we glimpse Fatima’s life. We don’t truly know her; she is but a passing stranger in our own lives. At times she shows us her fidelity to Islam and to her God, at others her trysts with various women. Her narrative is as diverse and inconsistent as her identity.

This novel deals with the largest questions in life, and it offers no answers. It doesn’t need to. Instead, it extends a hand to guide us through our own uncertainties. The Last One is a universal narrative, and a poignant and stark reminder to challenge the binary nature of identity and self. A must-read.

Cory Anderson is a singer-songwriter and an undergraduate at University College London, studying Modern Foreign Languages.