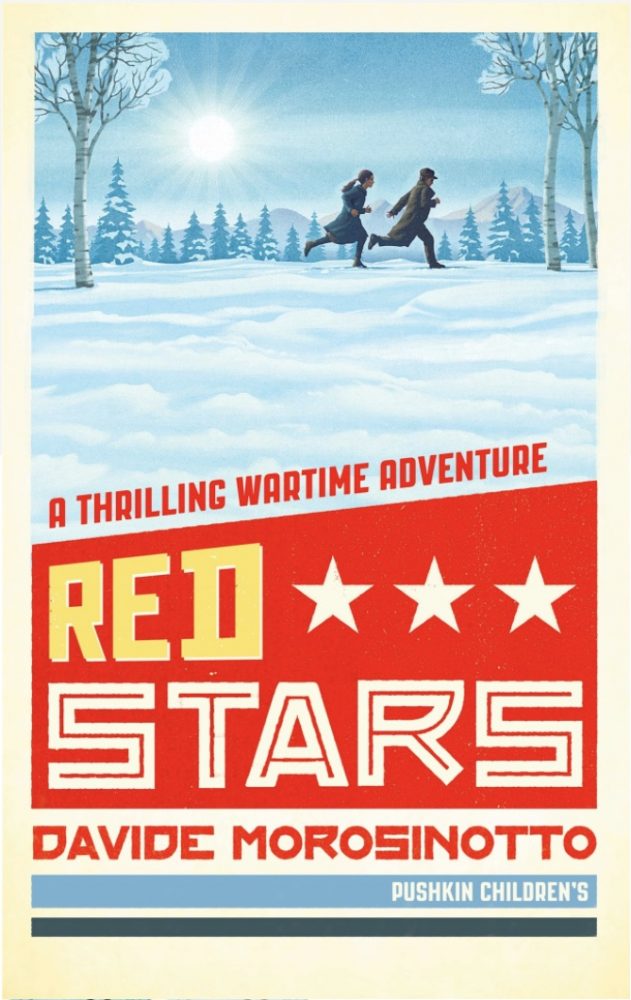 Red Stars was one of the six books chosen for BookTrust’s ‘In Other Words’ programme which ran from 2017 to 2019. This programme invited submissions from around the world and received nominations of over four hundred books. This was one of the six titles purchased by UK publishers, with Pushkin Press bringing this title to English-speaking readers in September 2020, demonstrating that it’s a book worthy of attention.

Red Stars follows twelve-year-old twins Viktor and Nadya, who live in Leningrad, as Hitler’s Germany declares war on the Soviet Union in 1941. Evacuated from their home, their parents give them one instruction: ‘Whatever happens, stay together.’ As might be expected from such an instruction, that does not happen, and in the chaos at the train station on the day of evacuation, the twins are separated. Throughout their subsequent adventures, at the back of their minds is the constant presence of their twin – they must find each other again.

One of the things I love about this book is the layout. It’s a thick book, weighing in at 430 pages, yet it is presented in a really engaging way. There are various narratives to jump into and out of but they all work together to tell the story. The main plotline comes from a set of notebooks written by Viktor (typeset in a red font) and by Nadya (in black). Included in the notebooks are maps, diagrams and photos printed in red and greyscale tones, which for this sort of book, particularly being so lengthy, is rather unusual.

Around the edges of these notebooks are handwritten comments left by Colonel Valery Gavrilowich Smirnov, into whose possession the notebooks have fallen. He is a Soviet official who is investigating the twins over the events that took place between June and November 1941. At intervals, we are also presented with typewritten reports by Smirnov dating from 1946, informing his superiors about his progress. I found this mix of narratives really interesting, and the use of the comments around the edge really keep in mind the idea that the children’s every move is being watched, as were the lives of many citizens in the USSR throughout this period.

The children’s adventures are both exciting and shocking – the realities of bombings, injury and death are prevalent throughout. But while there is horror and sadness, there are also moments of happiness and humour. I particularly enjoyed a scene where it begins snowing and the children ‘ran outside, hugged and spent the morning playing in the snow’. Yet on the next page, they go on to explain that the joy also comes from knowing that the snow will help them in their plight. At the end of the book, Colonel Smirnov has to make a decision: are the twins guilty or innocent of the crimes they are alleged to have committed against the state? I’ll leave that for you to find out!

Claire Storey is a literary translator from German and Spanish. With Ruth Ahmedzai Kemp, she is coeditor of World Kid Lit, a website dedicated to translated books for children and young adults. Claire also speaks in schools about languages and translation, and was named Outreach Champion 2021 by the Institute of Translation and Interpreting.

Read Claire Storey’s #‎RivetingReview of WHO WILL IT BE? HOW EVOLUTION CONNECTS US ALL by Paola Vitale, illustrated by Rossana Bossù