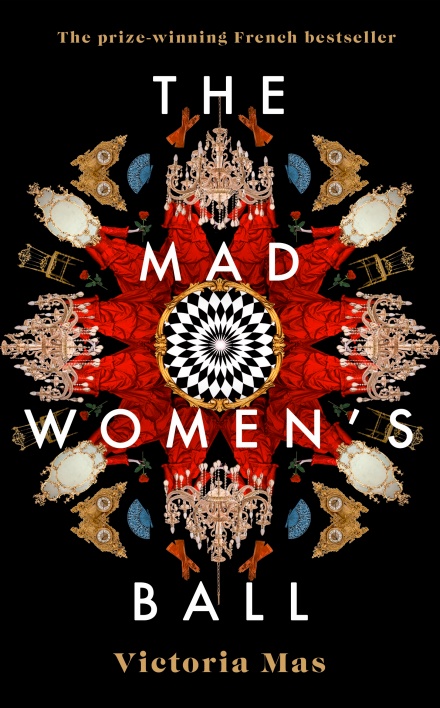 My own stay at the Salpêtrière hospital in Paris, on the Charcot ward for neurological disease, was thankfully rather less eventful than the fictional events set in that same location in The Mad Women’s Ball by the French first-time novelist Victoria Mas, and not just because my brief incarceration was voluntary and sometime around 2005, rather than 1885.

I arrived there knowing only a little of the hospital’s long history. Starting in the seventeenth century, it was a hospice, first for poor women, then for women with severe mental illness or disability, with the later addition of a prison (long since destroyed) for Parisian prostitutes. After the Revolution, it became a slightly more comfortable asylum for French ‘madwomen’, cast out by their families or sent there for treatment for conditions we would now diagnose as postpartum depression, bipolar disorder or schizophrenia, among others.

I went to its modern incarnation as one of the largest hospital complexes in Europe to have neurological tests to find out whether the increasing numbness and weakness in my legs and arms was the result of a ‘real’ medical condition or a psychological one, as my GP in Paris could find nothing wrong.

My whole experience at the Salpêtrière was both bizarre and ineffably French. As I returned from a brain scan, I sat down for a cigarette in the comfortable indoor smoking area of the neurological ward, opposite a man who’d recently had brain surgery and appeared to be dressed as a film extra for The Mummy. His head was swathed with stretchy gauze bandages from top to bottom, covering his eyes and leaving only the smallest of gaps for his nose and mouth, while his arm was still attached to a medical drip. The nurse who’d wheeled him into the smoking area first helped her patient locate a Gauloise, inserted one into the gap in his bandages where his mouth was, then lit it, whereupon a wordless bliss emanated from the entire being of the faceless man as he inhaled the first drag.

Later, as I lay on my bed after a lumbar puncture, I wondered what an earlier era of neurologists – the great Professor Jean-Martin Charcot himself, perhaps – would have made of the mystery of my crumpling legs. Perhaps I could have been a demonstration subject for one of his dramatic lectures on hysteria, as the abused Louise is in the novel; or maybe an early example of the physical changes that result from diseases of the brain – still often difficult to diagnose definitively in their early stages, even today.

From 1862, Charcot worked at and later transformed the Salpêtrière (or what he called the ‘grand asylum of human misery’) into a celebrated teaching hospital. Known as the ‘Father of Neurology’, he ultimately became one of the most influential physicians in the history of modern medicine, although his Tuesday lectures with their live demonstrations of women with hysteria would certainly raise ethical eyebrows these days. All of which is why I was so looking forward to reading The Mad Women’s Ball.

It has all the right elements: the Salpêtrière asylum of 1885 – a fascinating, and real, historical setting in an era of social change and enormous medical advances; the fact that undoubtedly it was also a place where inconvenient female relatives could be labelled mad and put away for life. Indeed the English version of the book arrives from France garlanded with prizes and praise, promising two strong female main characters, written by a thirty-three-year-old woman author, and billed in one blurb as ‘a darkly delightful Gothic treasure’. What could possibly go wrong?

In the first chapter, I was eager to be drawn in by the description of one of Charcot’s popular lectures, and keen to discover more about his acolyte, the asylum’s mysteriously serene senior nurse Geneviève. By the second chapter, I was still willing to be intrigued by the character of the soon-to-be-wrongly-incarcerated patient, the smart, rebellious, bourgeoise nineteen-year-old Eugénie. But after a few chapters, which too often felt as though they were narrated by an omniscient yet clearly twenty-first-century voice expressing righteous indignation about the inequalities of class and gender in nineteenth-century Paris, my eyelids started to droop along with my spirits.

By chapter four, there is much clenching of jaws and choking down of anger by the rebellious Eugénie as the patriarchy goes to work and locks her up for the crime of communicating with the spirits of the dead. The unworthy thought occurred to me that even now, in our rather more humane 21st century, we too might contemplate a little bit of cognitive behavioural therapy or psychotherapy for young women communing with the spirits of the dead, or at worst a very short spell at the Priory. My next unworthy thought was that had I been the parent of Eugénie or Geneviève, I would have been tempted to have them both locked up for longer – for cliché and crimes against literature. As Eugénie is taken unwillingly to the asylum:

‘in a last desperate attempt, she clings to the coats of her father and her brother and, in a trembling voice, a voice already robbed of hope, she pleads: ‘Not here … I’m begging you, not here’. She is trailed along a central walkway lined with leafless trees, her boots juddering over the paving stones. Her head is thrown back; the flower-bedecked bonnet she chose for the occasion has fallen to the ground. Her face, turned towards the azure sky, feels the dazzle of the sun as it softly caresses her cheeks.’

Spoiler warning: it emerges that the intelligent, proto-feminist Eugénie really can see spirits, so obviously her family should not have packed this absolutely sane young woman off to the mad house. Though if she really were that clever, was it wise to reveal her chats with the dead to her twinkly-eyed yet treacherous grandma?

I never came to care enough what happened to any of the women, because they felt like ciphers: Eugénie, the beautiful-but-wronged woman with her beastly papa and only slightly more decent brother; and Geneviève, the stern yet attractive nurse hardened by her years at the asylum, who also suffers from a disappointed patriarch and thus feels the spark of her humanity reawaken when she realises that Eugénie really can see the spirit of her beloved but dead sister.

Perhaps my expectations were too high. As the Amazon or Netflix algorithm has it, if you like this (novels with a supernatural twist featuring thinly depicted historical characters who mouth the sentiments of our own age), then you’ll like The Mad Women’s Ball. But for me, it felt like a novel for which the idea was sparkier than its execution – and which might make for an interesting screenplay.

Luckily, Amazon studios seems to agree. The film should be released in time for the Toronto Film Festival this autumn, doubtless complete with flower-bedecked bonnets, tastefully heaving nineteenth-century bosoms and a twenty-first-century feminist message. A sort of Bridgerton Goes Mad in Paris, perhaps? Another plus is that the cover of the English hardback features an extremely attractive kaleidoscope design, and will look absolutely lovely on your bedside table.

As for the ending of my Salpêtrière story, I left the hospital not much the wiser. I had one lesion on the brain, the doctors told me, which might or might not turn out to be multiple sclerosis, named for the many scars it leaves on the brain. I was told to go home, stop worrying and return only if I found I had real problems walking.

What I didn’t know at the time was that it was Charcot himself, at that same hospital, who had first recognised the relationship between clinical (looking at the symptoms of the living patient) and anatomical (learned from dissecting the brains and bodies of the dead) findings, enabling him to become the first physician to diagnose MS in a living patient, and allowing neurologists from then on to distinguish the disease from the many other similar-seeming maladies. He was far from the one-dimensional figure depicted in the pages of The Mad Women’s Ball:

‘With his imposing stature and serious expression, Charcot has little difficulty commanding the attention of this rapt audience. The tall figure evokes the elegance and dignity of a Greek statue. He has the penetrating yet inscrutable gaze of a doctor who, for years, has been studying women at their most vulnerable, women who have been rejected by their families and by society.’

By the time I was definitively diagnosed with MS in 2015, I’d still not met a single neurologist with the elegance of a Greek statue. Perhaps that’s another reason I didn’t really take to the book.

In its favour, I did want to know what would happen to spirited Eugénie and steely Geneviève by the final chapter, so I kept turning the pages. But I didn’t enjoy the journey much, and by the end I felt that I really should have got on with hoovering the flat instead, before the patriarchy came home.

Caroline Wyatt is a BBC journalist and a presenter of Radio 4’s Saturday PM and World Service’s The World This Week. She covered Germany in the 1990s and Russia in the noughties, and has reported from various war zones including Iraq, Kosovo and Afghanistan.

Read Caroline Wyatt’s #‎RivetingReview of ADRIFT: HOW OUR WORLD LOST ITS WAY by Amin Maalouf