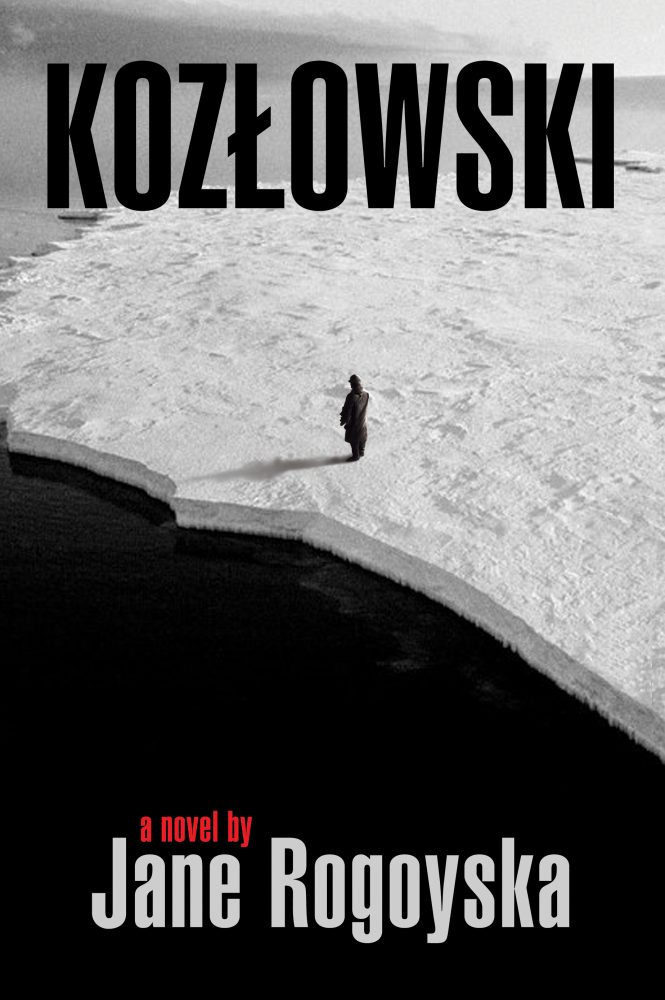 At the end of the Second World War, a Polish army doctor, Zbigniew Kozłowski, known as Zbyszek, docks at Southampton, one of the many demobbed soldiers looking for a new life. Like many of his Polish comrades, Zbyszek speaks little English, has no friends or family here, few possessions and nowhere to call home.

‘There is only one question on everybody’s lips: what now? … most of the men on board the ship no longer have homes to return to; the eastern border regions are gone; Wilno [his birthplace, now Vilnius, capital of Lithuania] is no longer a Polish city, nor is Lwow [now Lviv in Ukraine].’

But the young Kozłowski is not only a good man but also a good doctor. Although he finds it hard to make the small talk that life in England demands, medicine proves his salvation – as it was during the war itself.

Gradually, we discover where Kozłowski’s wartime journey has taken him: meshed in Persia (Iran) in 1942, Quizil Rabat in Iraq in 1943, and by 1944  in Montecassino in Italy, patching together the torn bodies of his men as they fight for the Allies with a sense of shared purpose: ‘with the trials of battle comes the joy of brotherhood and comradeship’.

But in grey post-war London, where Kozłowski settles, he begins the life of an exile, an émigré – silently missing lovely Warsaw, ‘ruined now, shattered, flattened and dark’. He can no longer return home, yet has no roots in this strange, new land.

Kozłowski’s comrades in arms, as close to him as brothers, are gone. His brothers and his sister Gosia are dead, too. Yet he survives. Why him, and not them? ‘If he is to go on then, why not let it be in this vast, indifferent city?’ But even as he makes that choice, the diligent young doctor remains haunted by his wartime memories.

Kozłowski does his best to place the past out of reach, to submerge it in work and sleep. He falls in love, marries, has children. He avoids his fellow Poles in their émigré haunts in Earl’s Court and South Kensington. For a short while, the past steps aside ‘in favour of love, hope and a new life’.

But then it returns. In March 1952, he hears that a US committee is being formed to investigate the massacre of Polish officers by the NKVD (later the KGB) at Katyń. The committee will come to London to take evidence, and Kozłowski is invited.

Even in a century marked by slaughter, Stalin’s mass murder of Polish officers at Katyń in 1940 still shocks. Kozłowski, it emerges, is one of the seventy-eight survivors of Starobelsk prisoner-of-war camp, one of the camps from which the victims of the massacre were transported.

As he waits to give his evidence, he remembers the Soviet interrogation camp, and how he and his comrades lived through the months of uncertainty at the hands of their Russian captors. It is in these chapters that the novel comes brutally, vividly alive, in Kozłowski’s (or rather, Rogoyska’s) telling of what happened in the months leading to the massacre.

The Kozłowski of the post-war London years may be an absent, distant father to his children, and a beloved but taciturn husband. But in his memories of the months following the capture of his unit, not long after the start of the war, we discover the young man he was, as he recalls how he and his comrades were transported across the endless, featureless steppe to Starobelsk, to build the camp that becomes their prison.

Jane Rogoyska details the men’s attempts to keep up morale amid the regime imposed by the Russians – imagining how it was possible for the men to retain hope in the bleakest of times, and vividly evoking the smells and the sounds of the muddy camp, and the surrounding woods and grasslands.

One of Kozłowski’s fellow prisoners of war, his best friend Tomasz, dares to dream of a time after the war when people of goodwill will create a kind of European federation, from Finland in the north to Greece in the south, that can somehow unite all of Europe’s nations on an equal footing.

Tomasz’s dream is not the communist empire that their Soviet captors try to persuade them to support, but a democratic, egalitarian project. Some of the POWs disagree vigorously with the outlandish idea, arguing that only the nation state, or a homogenous, monocultural land, can command real loyalty and create the best life for its citizens.

Those questions of what makes a life worth living, of identity and belonging, and the myths, memories and beliefs we live by, are the central threads running through this beautiful and immensely readable novel, carrying the reader onwards through the ever-shifting fabric of the wartime and post-war world.

The biographer and film-maker Jane Rogoyska’s book is also an attempt to make sense of her own family’s migration and roots; her grandfather was a Polish journalist, economist and senior civil servant when the war broke out. She grew up in England with her Polish father’s early memories of fleeing Warsaw with his parents just as the Poland of the 1930s, which the novel so lovingly evokes, came to an abrupt end.

Her intricate story, detailing the upheaval of war, the tragedies and the privation that it entails for civilians and combatants alike, illustrates how empires have always come and gone in the melting pot of eastern and central Europe. While national borders endlessly shift, their peoples must too, the children learning new languages and mores as each new ruler – some benign, others less so – waxes and wanes.

In the political battle over identity within Europe that continues to be waged so many decades on, Rogoyska is perhaps suggesting that we have not yet properly learned the lessons of history. She doesn’t need to remind us that even after the unthinkable horrors of the Second World War, humankind continues to kill others on the basis of race, nationality or creed, and in many places, still seeks to exclude and humiliate those who are ‘different’.

This powerful novel also spoke to me of my own natural family’s story. The dilemma faced by the fictional Kozłowski and his comrades after the war was similar to that faced by my maternal grandfather, Jozef, after he survived Auschwitz, where he was imprisoned by the Nazis as a Polish political prisoner. In the chaos following the liberation of Europe, and with his home town now in Ukraine, and occupied by the Soviets, he headed west, and met my Polish maternal grandmother, Anna, in an internally displaced persons’ camp in Germany. Jozef was almost forty; Anna, in her early twenties.

In 1949 they left Europe for a new life in Australia, along with their two toddlers, who had been born in the IDP camp: my natural mother, Irena, and aunt, Zofia. My grandparents never spoke to their children about the war.

A few years ago, long after Jozef’s death, a Red Cross tracing letter from Ukraine arrived at my aunt’s house in Brisbane. She opened it, and discovered that her conservative Catholic Polish father had in fact left behind a wife and three children when he was taken to Auschwitz. His surviving child, Maria, had been looking for him ever since.

When my aunt and I travelled to meet her newly discovered half-sister on the border between Poland and Ukraine, we found that Jozef had not entirely forgotten his pre-war family. He’d given his two new Australian daughters middle names that were the first names of his first two, Polish, daughters. Did my grandmother know he was a bigamist? Perhaps not. It emerged that Jozef had sent back the earlier Red Cross tracing letters that came to him periodically from Ukraine, marking them firmly ‘not known at this address’ – perhaps in attempt to bury his past.

But, just as the fictional Kozłowski discovers, the past never does let us go.