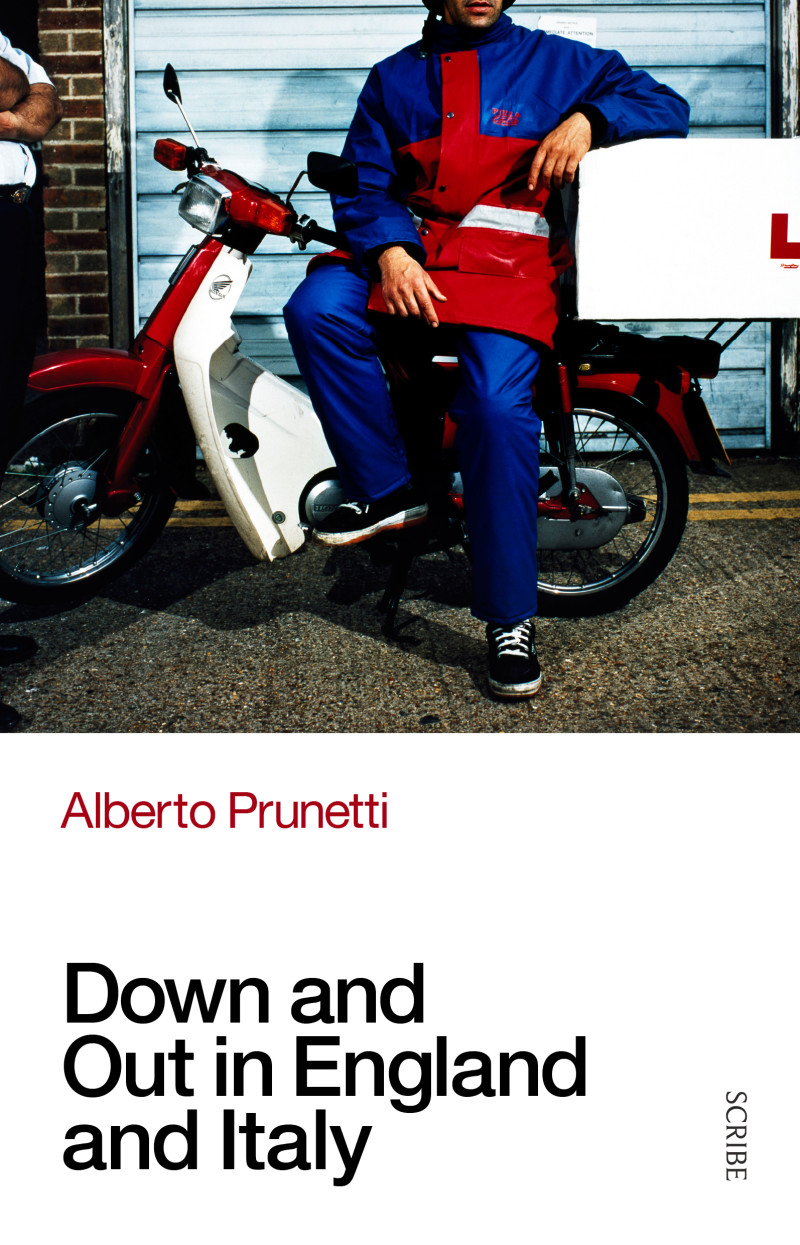 #RivetingReviews: Caroline Wyatt reviews DOWN AND OUT IN ENGLAND AND ITALY by Alberto Prunetti

It’s always dangerous for a writer to echo George Orwell; few can hope to equal the lucidity and power of Orwell’s prose, and Alberto Prunetti doesn’t. But his story of setting out as a young man from Italy to the UK to seek work is a poignant, sometimes funny and, by the end, deeply depressing tale of the precariat of our own age, in which the invisible but invaluable people – often young immigrants, as Prunetti was – who cook our pizzas, serve our burgers, and clean our filthy public lavatories, are given a voice and the chance to vent copious rage at a system that Prunetti shows to be too often stacked against them.

That is both the strength and the downfall of this sometimes uneven book, which veers from anger through slapstick to lyricism and back again. The fury is understandable, given the appalling and sometimes downright dangerous conditions in which Prunetti and his polyglot colleagues work for long hours for poor wages and usually without formal contracts.

But the self-sabotage of many of the characters we encounter through Prunetti sometimes made me want to weep. Poverty can lead people to do many things, but it isn’t entirely surprising or reprehensible that the police might want a chat with someone about the car or the wallet they’ve stolen – or that outright rudeness to your boss tends to get you fired.

Prunetti’s British colleagues at one school canteen where he works are, however, lovingly drawn. Fatty Boy, Tim, and the other members of the self-styled Stonebridge Kitchen Assistant Nasty Kommittee (SKANK for short), may appear unpalatable to the undiscerning outsider’s eye, but on closer acquaintance he finds that they have the souls of poets and the talents of Shakespearian actors.

Despite the disclaimer that ‘this is a work of autobiographical fiction’, this is very much the memoir of a writer whose world view is dominated by class-consciousness, and coloured by the dilemma of what to do and who to be in a world in which most of the mid-twentieth century’s certainties that underpinned Prunetti’s father’s working-class pride and solidarity are fast disappearing.

His father’s rules (which roughly come down to: don’t be a scab, don’t be a grass and don’t trust those toffs) appear to Prunetti to prove as true in England as they apparently were for his father in Italy, where the solidly unionised Tuscan working classes of Livorno stuck up for one another – at least while the steel mills still existed.

In some of the more lyrical passages about his childhood (I would have liked to read much more on that), it’s clear that the younger Prunetti often struggled with his place in the world. But, thanks to a love of books and a talent for words, he was no longer a good fit for the soon-to-vanish world of his manual-worker communist father, and it seemed impossible to find any other suitable work at home using his degree – leading to his decision to travel to the UK to find work.

He works as a pizza chef in a real Italian restaurant and as a greeter in a fake Italian restaurant run by Turks. He also learns how to clean public lavatories in Bristol; a lengthy description of how to unblock them appears to have lodged permanently in my mind.

It comes as little surprise when Prunetti finally decides to bid farewell to what he terms a life toiling for ‘the infernal machine that blackmailed and oppressed workers under Britain’s leaden skies’. Yet when he returns to Italy, the steel mill is gone, and his once-muscular father is wasting away from an industrial disease. It seems that there is no escape but to write, and nowhere to truly fit in except in the global fraternity of wordsmiths.

And in the writing of his experiences, Prunetti finally finds his salvation, offering his readers some deeply uncomfortable glimpses into a world that it’s far cheerier not to contemplate too closely while tucking into that delicious pizza.

DOWN AND OUT IN ENGLAND AND ITALY

Caroline Wyatt is an Australian-born English journalist. She has worked at BBC News for over thirty years, holding correspondent posts in Paris, Berlin and in religious affairs and defence. She is a presenter on BBC Radio.