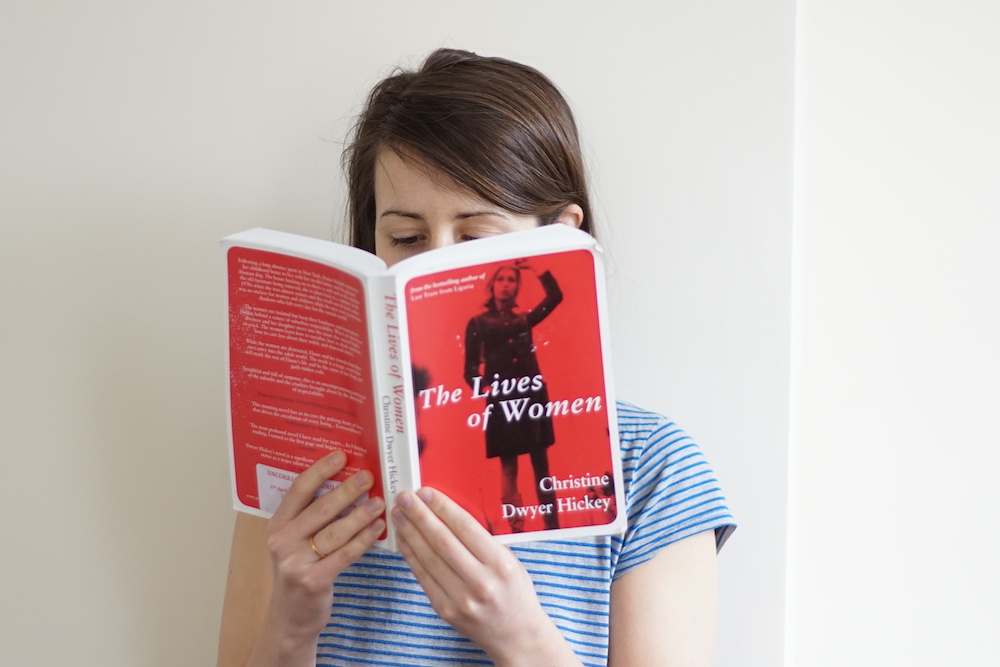 I wish more people would talk about Christine Dwyer Hickey, after all the Irish novelist and short-story writer has her name on nine books. In the newest of these, the novel, The Lives of Women, she introduces us to a cast of women and a world of tragedy and secrecy in 1970s suburban England.

Elaine Nichols is a middle-aged woman living back at home, helping care for her invalid father, who plants himself in front of the television to watch the races and says next to nothing to her. They haven’t been close for years and, despite her moving from New York City to care for him, it’s clear that neither intends to become so. This is the first time in thirty years that Elaine has returned to her childhood neighborhood. She finds it now inhabited by strangers instead of the friends and families she grew up with. Dwyer Hickey sprinkles clues throughout the “present”, showing the reader that Elaine was cast out, rather than bidding a willful farewell.

Cut to summer past. Elaine is sixteen years old, growing up in the neighborhood in the 1970s. When the men leave for work in the morning, “mostly in suits, some with briefcases bricked by their side”, the women can come over for tea, and gossip about their neighbours: who bought a new car, who was invited to the Shillman’s party, how handsome Ted Shillman is.

When American mother and daughter pair, Serena and Patty, move next door, things start to shake up. They say what’s on their minds, they socialize and drink without being discreet and Serena takes the neighbourhood girls out for drives, much to the dismay of Elaine’s overbearing and exhausting mother. Patty, a few years older than Elaine and her friends, Brenda, Rachel and Agatha (a blind girl who perhaps sees more than anyone else), starts to mingle with the neighbourhood boys; she smokes and she talks about sex. They’re sixteen, after all.

As the story moves forward, we start to understand more about the tragedy that led to Elaine’s subsequent move to New York, but it’s not revealed explicitly until the final pages, when we retrospectively understand why Elaine and her father are so distant, why Elaine has always had such troubled relationships and why, even on her deathbed, she was scared to see her mother. For thirty years, she couldn’t come home, couldn’t open the rucksack stashed in her room and couldn’t read the letter inside.

The secret lives of these women are just that: secret, even thirty years on, which comes with a boatload of guilt and shame. On an outing with Serena, Patty and her friends, before even a whiff of what went wrong, the girls are in the city smoking cigarettes, and Elaine “lifts her head to watch pass by the parade of all the lives she might one day lead: students in cheesecloth, office girls in cotton dresses, women with handbags and high heels”. Elaine has since learned that a woman holding a handbag is probably holding a lot more inside of her.

Dwyer Hickey writes with quiet power, reflecting all of these secret lives; but her power is anything but quiet. In fact, sometimes it’s deafening.

The Lives of Women