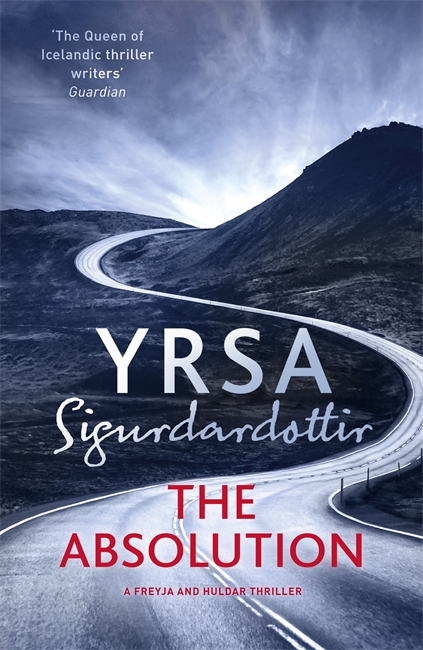 In I Remember You, Yrsa Sigurđardóttir drew on the heritage of Icelandic literature, channelling ancient folk tales and ghost stories into a vision of modern Icelandic society, with the country’s financial upheavals indirectly feeding the novel’s dark strategies. With that book (which won the Icelandic Crime League Award), Sigurđardóttir gave a holiday to her then-protagonist, lawyer Thóra Gudmundsdottir, and introduced some new standalone characters: three savvy, young city individuals setting themselves the task of restoring a decrepit building in the western fjords of Iceland. In the new book, The Absolution, we are in the company of the writer’s more recent recurring protagonists, Detective Huldar and child psychologist Freyja.

A grim image appears on Snapchat: a traumatised victim, pleading for forgiveness. When her corpse is subsequently discovered, it is marked with the figure 2. Huldar brings the psychologist Freyja into the investigation to interrogate the dead teenager’s friends, and they quickly find that her image as an untainted figure is a false one, and that there is a darker side to her character than was initially supposed. Subsequently, after another teenager’s disappearance, more video clips are dispatched. It’s clear that Huldar and Freyja have their work cut out.

It’s hardly a surprise to say that this is Sigurđardóttir on reliable form – when is she ever anything else? The plotting exerts the usual grip, and her new protagonists are memorable enough to stop us regretting the retiring of Thóra Gudmundsdottir.

Read Barry Forshaw’s #RivetingReview of THE ISLAND by Ragnar Jónasson﻿