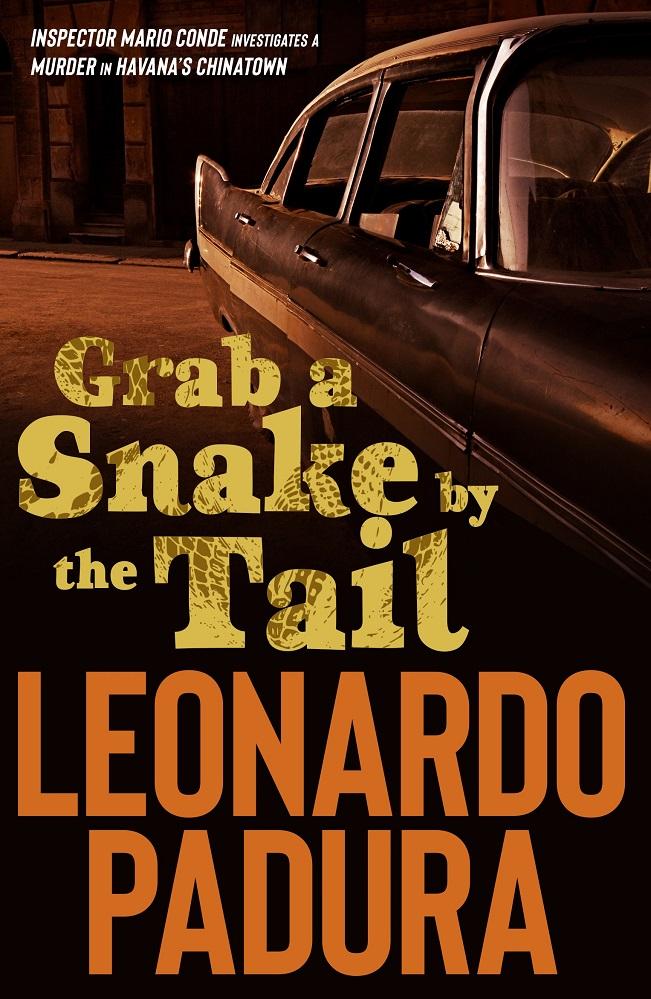 #RivetingReviews: Barry Forshaw reviews GRAB A SNAKE BY THE TAIL by Leonardo Padura

I have to confess that I was a little unsure at first how my meeting with Leonardo Padura might go. The writer, neatly bearded and casually dressed, initially seemed a little ill at ease, suggesting with a frown that our meeting might have been better with an interpreter present. This proved to be very much not the case, as his command of English vocabulary is better than many an English speaker; when he started using words like ‘ambivalent’, I pointed out that this did not really demonstrate that his English was as poor as he said it was.

Padura is, of course, as good a literary writer as he is crime novelist, and our discussion raged across his ambitions for the kind of books that he writes, which are as much about his Latin society as they are about the commission and investigation of crime in his country. In the hour I spent with him, I learned more about Cuba and its current unsettled state than I had previously gleaned from British newspapers. But we were principally there to talk about his then-current novel, Heretics (translated by Anna Kushner) – a book that eschews straightforward crime scenarios in favour of a juggling between the modern day and seventeenth-century Amsterdam. Bibulous sleuth Mario Conde becomes entangled in a mystery involving a Rembrandt portrait and his grandparents, who fled from Nazi Germany but were not allowed into Cuba. As much an astringent picture of Padura’s own society as a crime fiction outing.

And now have Grab a Snake by the Tail, which is something like Padura on his very best form. Mario Conde is investigating a murder in the Havana’s distinctly downmarket Chinatown, Barrio Chino. A mutilated corpse has been found hanged from a beam. Pedro Cuang has had a finger removed, and has a drawing of two arrows carved into his chest. Conde is on familiar territory, and his first conclusion is that the killing is an act of revenge among squabbling drug dealers. But pressed by the seductive Police Lieutenant Patricia Chion, Conde opts to dig deeper and finds that the murder is far more complicated than it might initially have appeared. Once again, we have Padura’a irresistible combination of quirky storytelling and a vivid evocation of the city of Havana – Padura’s specialities, in fact. The translation by Peter Bush does full justice to the novel, which was inspired by the author’s work as a journalist when investigating the history of Havana’s Barrio Chino.

GRAB A SNAKE BY THE TAIL

Translated from the Spanish by Peter Bush