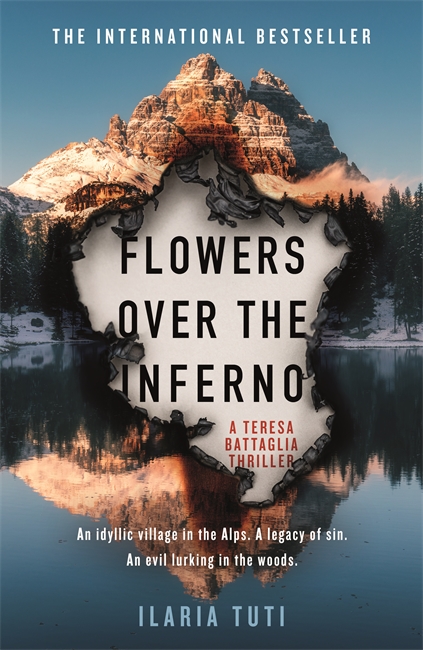 In the seclusion of a cloistered location in the Italian Alps, bloody violence is being done. Profiler and police inspector Theresa Battaglia finds herself drawn from her customary stamping grounds in the city to a lonely village when a naked corpse is discovered in the woods, the face mutilated and the eyes removed. More victims quickly come to light, and when a newborn baby is kidnapped, the investigation acquires considerable urgency.

Ilaria Tuti – who lives in the far north-east of Italy – has produced in Flowers over the Inferno a debut novel of real skill. While the mechanics of the plot itself may be familiar territory, the real accomplishment here lies in the distinctive heroine, with the beleaguered Theresa not just engaged in a struggle with a ruthless killer but also with her own body, as age and diabetes take their toll, and even put her once impeccable memory under strain. It is this dual struggle that gives the book its real impetus. Ilaria Tuti’s principal problem now is to avoid the dreaded second-novel syndrome and make the next outing for Theresa Battaglia as impressive as the first.

FLOWERS OVER THE INFERNO

Translated from the Italian by Ekin Oklap