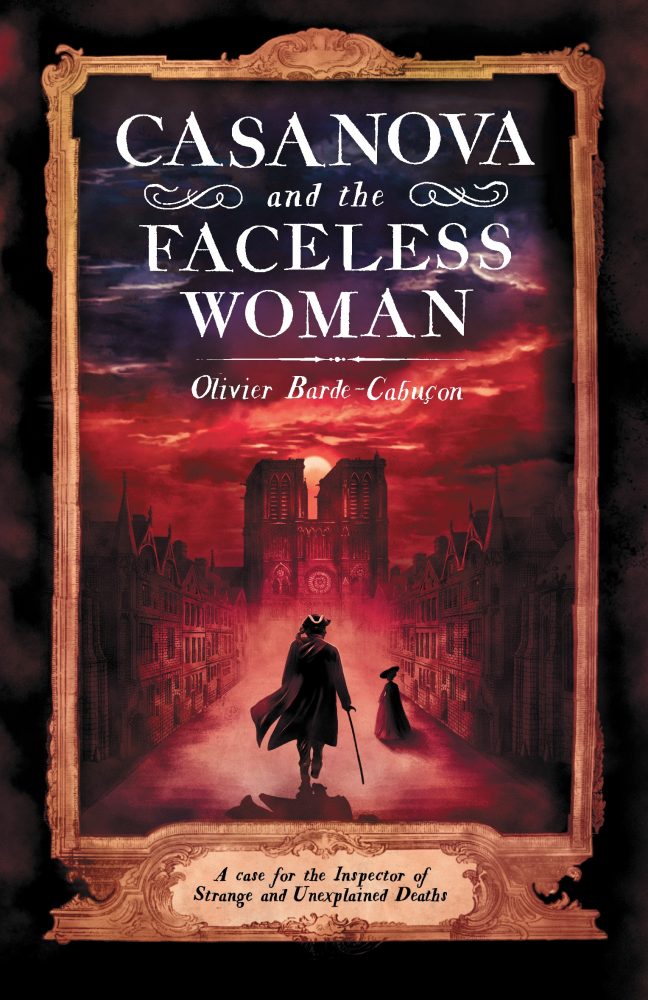 The fact that Olivier Barde-Cabuçon’s Casanova and the Faceless Woman has been the recipient of France’s prestigious Prix Sangre d’Encre is a fact to be noted with interest – this is an award that is not given lightly. The book turns out to be the premier entry in a series set in a lively pre-Revolutionary France and introduces a brilliantly intuitive sleuth who is described by his creator as ‘The Inspector of Strange and Unexplained Deaths’ (a phrase redolent of Christopher Fowler’s long-running Bryant and May series, although that is set in the present). So will readers of Louise Rogers Lalaurie’s translation be seduced by this new voice in translated crime fiction?

The Palace of Versailles in the eighteenth-century stands in marked contrast – in its splendour and wealth — to the filthy and criminous city of Paris. Outside its ornate gates, the grotesquely mutilated body of a young woman is discovered, and it falls to The Inspector to investigate this macabre slaying. What he does not expect is that the case will bring him into contact with a man universally famous for his army of female conquests – no less than the arch-seducer Casanova.

The verdict? This is a winner: splendid stuff in which the era is colourfully and vividly evoked – the sine qua non of historical crime fiction, of course – but Olivier Barde-Cabuçon’s ace in the hole in Casanova and the Faceless Woman is the quirky and eccentric characterisation, notably of the libidinous Casanova. This first volume augurs well for the succeeding series.

CASANOVA AND THE FACELESS WOMAN

Translated from the French by Louise Rogers Lalaurie