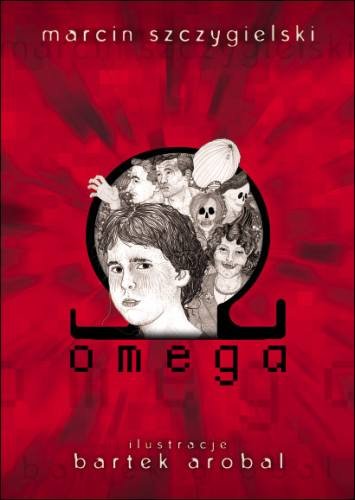 Eleven-year-old Joanna lives with her self-absorbed mother in a smart flat. Escaping into computer games, she creates an interesting internal life, as Omega. On her 12th birthday she receives a mysterious email inviting her to download “the greatest game in the world”. But it’s a game with a difference, because Omega finds herself inside it, there don’t seem to be any rules, and she has to cope with a series of strange challenges before she can return to normality.

In each chapter she’s at a successive level of the game, inside a distorted reality, where a cryptic text message sets her a task; she must solve the riddle to advance to the next level, but it’s never obvious what she’s supposed to do. She has some helpful objects, including her laptop, a memory stick and a scanner, and gradually acquires more, as well as some bizarre companions. These include “the Child” – an articulate, spiteful toddler (a reflection of Omega’s negative side), and Omega’s dead grandmother – who rises from her grave with dignity, with some other benevolent zombies.

The situations Omega finds herself in are mostly familiar settings gone terribly wrong. Sometimes they’re creepy, but the horror is counterbalanced by humour. At certain points in the game she’s in a stadium, where she has to compete in a series of tests that seem simple, but however sensibly Omega answers, she always comes last, and the crowd is always against her. It’s illogical and unfair – she simply cannot win. But whenever she loses her temper, her negative reaction causes her to lose a life – in the computer-game sense. Thus the tests of skill and intellect are also tests of character – the game is about reaching maturity.

This story combines reality and fantasy, with a likeable, credible central character. Omega is clever, independent and brave, but can also be temperamental. In the  course of her adventures she often reflects on her real life at home in the light of the dream world surrounding her. Structuring his story like a computer game gives Szczygielski the scope for a series of episodes that borrow from convention, including the school story, fantasy, sci-fi, horror, the dystopian novel and TV quiz shows. Szczygielski makes clever use of language, with dialogues that turn on word play, or games of logic. Ultimately Omega is a universal allegory about the difficulties of growing up and forging one’s own identity.

Combining psychology, philosophy and surrealism, Omega reminds me of Alice in Wonderland, but reconfigured – it’s Alice on speed. Thus we have a strong heroine from the real world, but shut in a mad, dream world where nothing and nobody behaves as it should; she’s put through a series of tests that involve  something like logic, but reflected in a very crooked mirror. If she does well, she gains, but if she makes a mistake, she loses, and along the way she matures. But more than being a life manual, the novel is highly entertaining.

Read an extract from Omega translated by Antonia Lloyd-Jones.