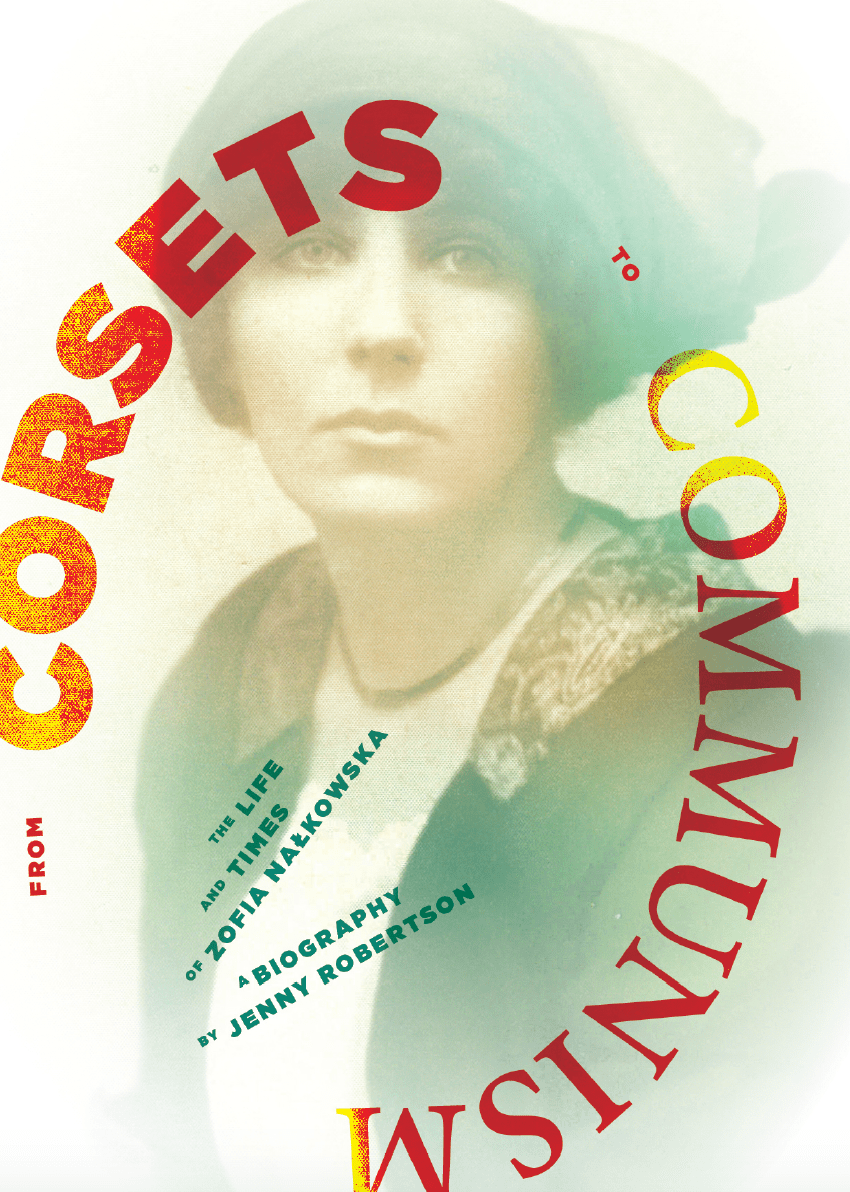 #RivetingReviews: Anthony Gardner reviews FROM CORSETS TO COMMUNISM: THE LIFE AND TIMES OF ZOFIA NAŁKOWSKA by Jenny Robertson

‘If you wrote in French, English or even Norwegian,’ a fellow Pole told Zofia Nałkowska in 1945, ‘you would be the most famous writer in the world.’ He may have overstated the case, but there’s no doubt that – both as a novelist and as a witness to some of the most terrible events in modern history – Nałkowska has been sadly overlooked outside her native land. Jenny Robertson’s biography is a bold and often gripping attempt to set this right.

Born in 1884, Nałkowska grew up in a Warsaw that was still part of the Russian Empire. She was just a teenager when she made her mark on the city’s literary scene as a beautiful, determined poet and translator with fiercely nationalistic and feminist views. But at nineteen she embarked on a disastrous marriage to the poet Leon Rygier, a philandering bully who resented her success; and when, after the First World War, she married again – this time to Jan Gorzechowski, a hero of Poland’s successful fight for independence – she found herself in exactly the same situation. Not until her late forties, when she began an affair with the Croatian writer Miroslav Krleža, would she find a man who left her free to be herself, inspiring one of her most celebrated novels, Boundary. And yet, despite her domestic troubles, she managed to establish herself as Poland’s leading woman writer – the only female member of the Polish Academy of Letters.

It’s with the beginning of the Second World War – which Nałkowska chronicled in her copious diaries – that Robertson’s book becomes unputdownable. When the Germans invaded, Nałkowska joined the thousands of refugees fleeing Warsaw, under constant attack by enemy aircraft, availing themselves of whatever ramshackle transport or shelter they could find. It brought out the best in her – her courage, sense of humour and ability to get on with people of every class.

But once Warsaw was occupied, she found herself drawn back to the city, surviving as best she could despite the shortage of food and fuel. So it was that she witnessed the emptying of the ghetto as its occupants were sent to Treblinka, the subsequent uprising, and the destruction of the city while the Red Army – which the insurgents hoped would come to their aid – was callously held back by Stalin.

Despite this, Nałkowska welcomed the post-war Communist government. She accepted the vice-presidency of a commission to investigate Nazi war crimes, and what she discovered – often the stuff of nightmares – inspired her classic short-story collection Medallions. But as the new regime became ever more prescriptive, she found herself expected to follow a socialist-realist agenda that repelled her. Though she served as an MP, and was given a state funeral on her death in 1954, she spent her last years feeling on the wrong side of history.

‘I write,’ she noted in the darkest days of the Second World War, ‘to give continuation to myself. I’m filled with horror at the thought that I will pass away without any trace.’ This welcome biography should help ensure otherwise.

FROM CORSETS TO COMMUNISM: THE LIFE AND TIMES OF ZOFIA NAŁKOWSKA

Anthony Gardner is an Irish writer based in London. He is the author of two novels, The Rivers of Heaven and Fox, and a collection of poetry, The Pool and Other Poems. He was formerly editor of the Royal Society of Literature Review.