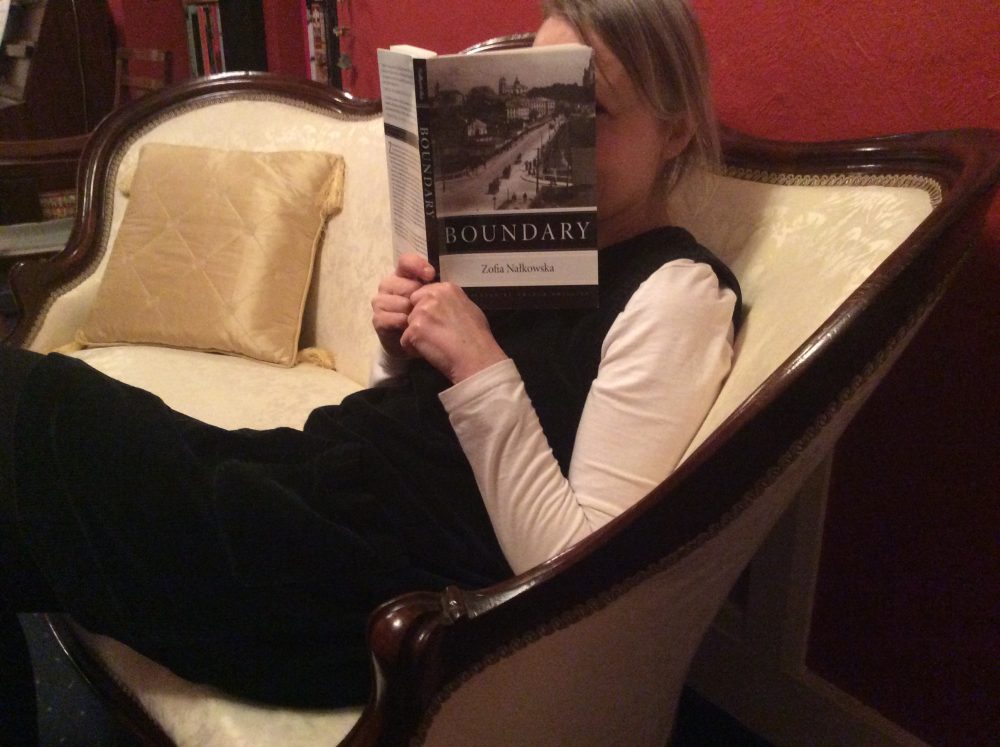 At last – eighty years since it was first published in Poland; after two film adaptations; and having taken up permanent residence on Polish secondary-school reading lists – Zofia Nałkowska’s 1935 classic, Boundary, is available in English.

Set in a provincial town in the newly independent Poland of the late 1920s, Boundary tells the story of Zenon Ziembiewicz, a serious, ambitious young man, back home from completing his education in Paris. Beginning his career on the local newspaper, he ends up as the town’s mayor. However, the journey from awkward, youthful high-mindedness to the urbane realpolitik the corridors of power require is not without political and personal choices, and indeed compromises, many of which have a distinctly and uncomfortably contemporary feel.

Ziembiewicz finds himself embroiled in a potentially scandalous situation: while pursuing the middle-class Elzbieta, he rekindles his former adolescent affair with Justyna, the now-orphaned daughter of his parents’ cook; as a result, Justyna becomes pregnant. She is persuaded to have an abortion, and although Ziembiewicz enlists the help of his conflicted fiancée and tells himself Justyna is being supported, she is effectively abandoned. Having managed to gain access to Ziembiewicz in his office, Justyna throws acid into his face; no need to bemoan the spoiler, for this is the point at which the novel begins. Indeed, Nałkowska’s aim is to examine how we got here; to attempt a psychological unravelling of personalities set within specific social realities.

The “boundary” of the title is the obvious key to the novel’s concerns. By telling the story of the three main protagonists and the rich array of secondary characters, Nałkowska probes the limits society imposes: class boundaries; the position of women, for whom marked double sexual standards persist; and the acute discrepancies between rich and poor, exemplified by the occupants of the cellars of Elzbieta’s apartment building, which is owned by her aunt. The novel also questions the balance between public and personal, and between social and psychological, and interrogates the discrepancies between self-perception and a public persona. Last but not least, there are ethical boundaries, which, imperceptibly, choice by choice, become disturbingly flexible.

Nałkowska shows herself a mistress of the carefully observed and evocative detail, which she combines with a restrained tone, well suited to the novel’s measured scrutiny of its characters’ personal lives. Ursula Phillips’ translation beautifully captures Nałkowska’s crisp, aphoristic turn of phrase, as well as the intimacies of style and register that so vividly convey the author’s profound empathy with her characters – especially the women.

Nałkowska was an eminent figure who enjoyed some proximity to influential political circles. Crucially, she kept diaries, on which she drew extensively in her writing, enabling her to evoke life in the Second Polish Republic in reliable detail and keenly describe its ‘movers and shakers’. Her ability to range from their behaviour to, for example, Elzbieta’s frustrated and helpless paroxysms of despair over the poor dog Fitek, who is permanently tied up in the yard (while he “prefers to be on his chain”, he is always being yanked back by it because he “could never remember where life’s prospects ended”), make this novel an absorbing and compelling read.

Anna Zaranko is an editor and translator and was ALTA mentee for 2015-16, working with Bill Johnston. She is currently working on the short stories of Julia Fiedorczuk.