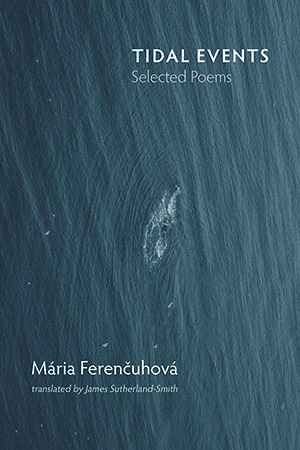 These are very intimate poems; reading them is like peeping into somebody’s private space or spying between the pages of a diary that was written only for the author herself. There is, therefore, a lot of fragility here; the poet is delicately exposing herself to us. One does feel like an intruder at times, even, or perhaps especially when we are filled with admiration for this or that striking line:

Most of the poems in this book are organised into sets. As a result you read them like chapters of a developing story, though each stands alone and speaks for itself well enough. There is a lot of narrative flair here, however, now and then cut through by a sudden, piercingly poetic summary, such as: your lip splits exactly / in the middle of a sentence. Or:

There is one set of poems entitled ‘Poland’, which, being Polish myself, I found of great interest. Oh, I so know the heavily gray sky / intense, in major mood she describes! And the contrast between nature and weathered concrete and construction efforts. This is what Poland AD 2019 is, but with storks really nest(ing) on chimneys / or on tall poles / exactly as in fairy tales!

The dilapidation Ferenčuhová describes, with corroding rails and sleepers breaking like decalcified teeth, only exposes the futility of human efforts to make the surrounding world comply with man’s vision, and the need to build a relationship between human beings and the natural world. She is clearly fascinated by urban decay and the underbelly of cities – by train tracks, the metro, bridges, passages, alleys and sewers. And her clear interest in environmental issues places Ferenčuhová’s writing in the same category as the Pole Julia Fiedorczuk’s, a noteworthy figure in eco-poetry.

Mária Ferenčuhová was born in Bratislava in 1975. She writes poetry, translates (from French), is a film theorist and editor of the film magazine “Kino-Icon”. She has published four collections of verse in Slovakia. Her writing has been translated into French, German, Hungarian, Italian, Polish, Dutch, Macedonian, Ukrainian, Serbian and Slovenian. This collection is her first in English.

Translated from the Slovak by James Sutherland-Smith

Anna Blasiak is an art historian, poet and translator. She runs the European Literature Network with Rosie Goldsmith. She has translated over 40 books from English into Polish and, mainly as Anna Hyde, Polish into English. She is a co-translator (with Marta Dziurosz) of Renia’s Diary by Renia Spiegel. She has worked in museums and a radio station and written on art, film and theatre. annablasiak.com.