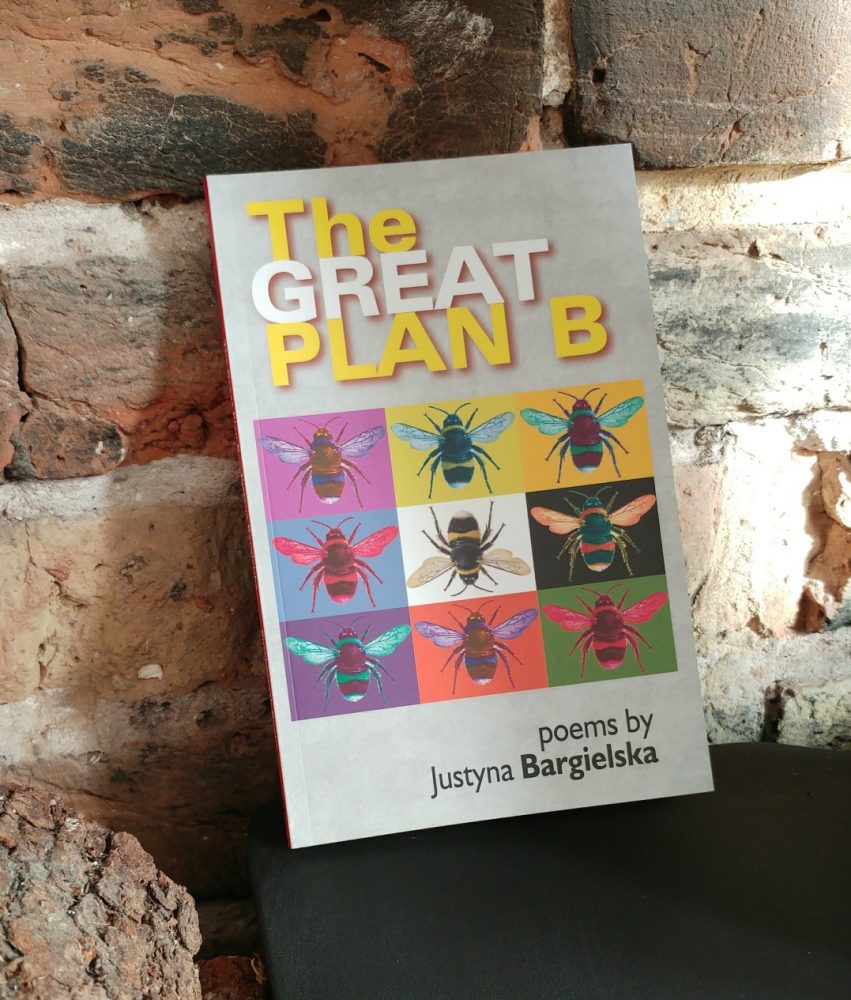 Justyna Bargielska has published eight poetry collections in her native Poland, as well as two fiction books and two children’s books. She has won some of the most prestigious literary prizes in Poland, has been translated and published in many languages (including in English in Modern Poetry in Translation) and has become a fixture on the Polish literary scene as well as an important voice in the discussion about feminism and female writers in Poland, a subject which still meets a lot of resistance from the male-dominated literary world there.

Maria Jastrzębska, a talented British poet and translator, has fallen in love with Justyna Bargielska’s writing. She says so herself in her blog.

I remember conversations years ago with Maria about Bargielska’s poetry and particular translation issues – conversations, which continued over email and several meetings in person. Correct me if I’m wrong, but I think this is one of the things that we translators love most about our job – discussing ideas with others, often with other translators; dissecting sentences, phrases and concepts; turning them all inside out and back again; confronting our, sometimes instinctive, understanding of the text with somebody else’s reading. There is nothing as challenging, but at the same time as satisfying, as this battle of minds. And since, as it is often repeated, a translator’s reading of any text is particularly deep (for obvious reasons), this conversation can become a ‘translation slam’ of a kind, brought into the real world.

So it won’t come as a surprise that I am very excited to finally see the results of Maria’s toil in book form. Justyna Bargielska’s The Great Plan B is finally out with Smokestack Books. It is her first book in English. It’s long overdue, but it’s here.

And what a treat this book is. Full of surprises, of sudden, often bewildering changes of tone, register and rhythm; constantly contrasting what is familiar with what is alien, or rather, showing that the familiar can in fact be alien and vice versa:

I thought it was a bunch of chrysanthemums

but it was a child’s head.

I thought it was a garden parasol

but it was the ghost of Christmas Yet To Come.

There is a saying in Polish, “zagrać komuś na nosie”, which basically means to play tricks on somebody, to take them for a ride, to mock them. This is what Bargielska does all the time with her readers – however not in a disrespectful way, I promise. She plays with our expectations. She laughs at us for having expectations at all! She turns it all into a joke. And Jastrzębska finds cunning ways to express it all in English, to create the same light-headed result. Read this:

Everything will be all right, said St Luke.

Not everything and not all right, but it surely will be.

I’ll create artificial intelligence and that will be the next

virgin birth in the history of mankind. I don’t want it a second time.

Six weeks of weeping that such happiness is possible,

then sixty more weeks to give thanks for it,

six hundred I’m sorry I didn’t believe in it,

six thousand could you let this pass from me now.

and above all don’t send each other over two by two.

You can tell that Jastrzębska spent a long time lovingly fine-tuning her versions of Bargielska’s work. And it is a real delight to read the results. What do you think, for example, of the title “Tantrum tours”, a translation of the Polish “Awanturystyka”, a neologism, which combines the word for tourism – “turystyka” with “awantura” – argument, commotion, rumpus? Ingenious or not? By the way, a big personal thank you from me to Smokestack Books for publishing a bilingual edition of the book.

Jastrzębska translates Bargielska’s poetry, but she has also started working on Bargielska’s most famous piece of fiction, Obsoletki or – Born Sleeping – though I think the English title is still being negotiated. Any of you publishers out there interested, please?

The Great Plan B

Translated from Polish by Maria Jastrzębska