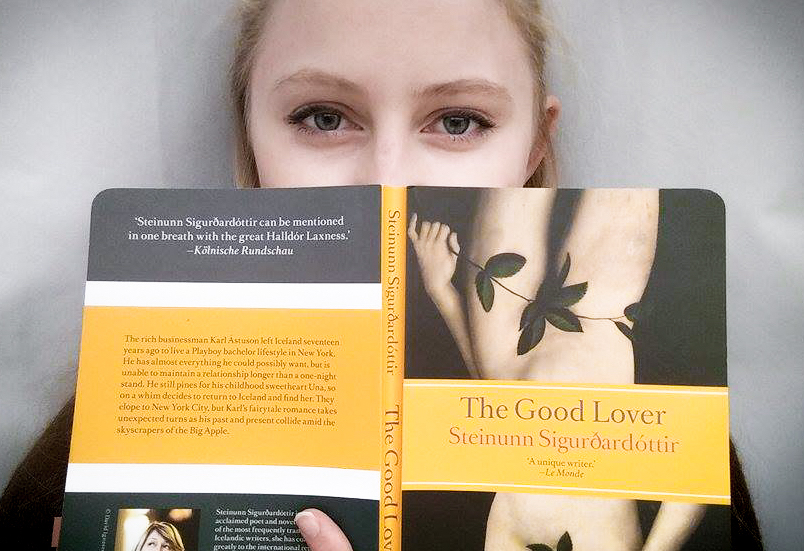 Is the good lover also a good man? Steinunn Sigurðardóttir offers no easy answers in a tale of united lovers and lost loves.

Karl Ástuson leads an empty existence as an Icelandic bachelor in New York, forever mourning the loss of the two women who meant the most to him: his mother, Ástamama, and his first love, Una. The Good Lover recounts his journey back to Iceland to find Una, who then elopes with him. Together they begin the life he has always dreamed of.

What would lead a woman to leave her husband and home for a love that lasted only a few months over seventeen years ago,? We are not told. The women in Karl Ástuson’s life remain two-dimensional images of themselves—flat surfaces onto which he projects his needs and dreams. The reality often disappoints him. But Ástuson is not the only one left with a bitter taste in his mouth. His self-centred, border-line misogynist worldview makes for uneasy reading.

Lover. That was the word he used for the women in his life. Never “sex partner,” never “one-night stand,” but lover, even if it had nothing to do with love.

As readers we watch with great satisfaction as the past of the eponymous ‘good lover’ catches up with his present. Karl’s tangled family history and twisted relationship with women soon threaten the stability of his newfound happiness with his childhood sweetheart, Una. A former lover—and perhaps the only woman with a voice and semblance of integrity in the entire novel—returns to haunt him: Doreen Ash, spoke too loudly, drank too much and behaved outrageously in bed. She is also the only woman in the narrative with a profession (apart from his secretary): she is a psychiatrist and psychoanalyst, who has had the audacity to turn him into the object of her professional, as well as her lover’s, gaze.

The award-winning translator Philip Roughton renders Sigurðardóttir’s narrative in a bare and unadorned English prose that reflects the stark story-telling of the Icelandic language and tradition. Without a superfluous word, the translation evokes the frost-encrusted island in the middle of a stormy sea with as much clarity as the sharply delineated New York skyline. Sigurðardóttir’s high international standing, alongisde Icelandic giants such as Nobel Laureate Halldór Laxness, undoubtedly owes much to the talents of Roughton and other distinguished translators bringing her evocative works to new audiences. A special thanks is also due to World Editions, the small, independent publishing house that set out in 2015, only two years ago, to bring international literature to a global readership and the best of global literature to Anglophone readers.

In its final pages, the narrative redeems itself through a swift and unexpected revelation that turns the story of one narcissistic bachelor into a commentary on our lives and loves by creating a psychoanalytic allegory. Sigurðardóttir delivers an intelligent narrative that challenges the borders between reality, fiction, and academic inquiry. Predictably, Karl resolves to handle the humiliation of having his private life exposed by Doreen Ash by conducting himself as a real man. This is typical of the novel’s clever play with irony and allegory. Nevertheless, I’m still left wondering what the women were thinking.

Translated from Icelandic by Philip Roughton

Alice E. Olsson is a Swedish-English translator, writer and editor from Stockholm, with a particular love for Icelandic literature. From September 2017, she will be returning to University College London to pursue doctoral studies in Comparative Literature. Website: www.aeolsson.wordpress.com