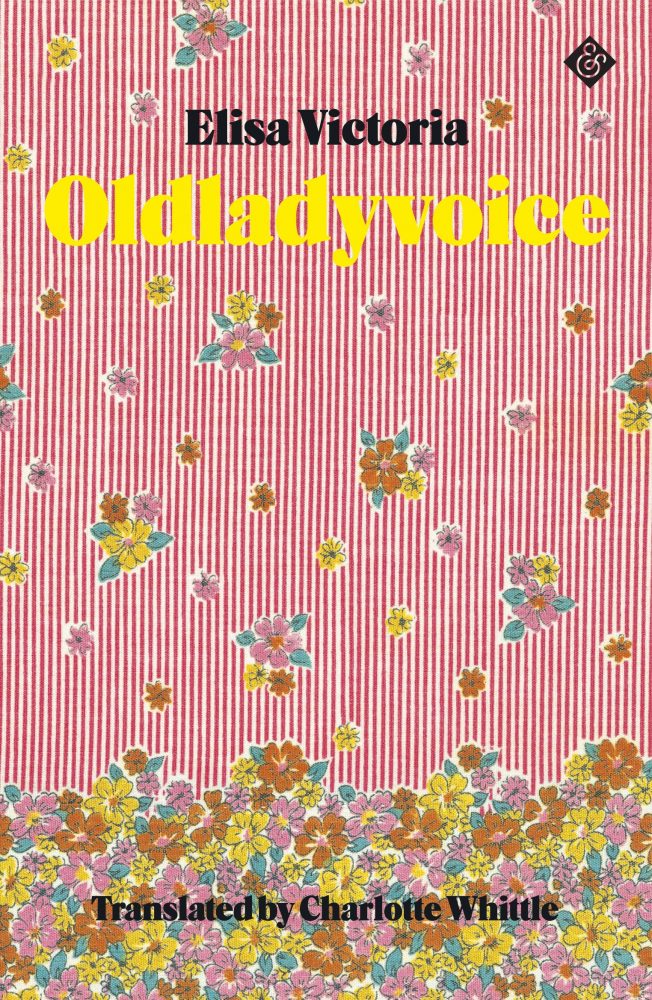 Our narrator in Oldladyvoice – contrary to what the title may suggest – is nine-year-old Marina, a young girl living out a tricky childhood in the working-class neighbourhoods of 1990s Seville. While the trials and tribulations of a child navigating life and its many hurdles are the main focus of the story, the backdrop of 1990s Spain – a period of great political change – allows Victoria to touch on the politics of the working class and historically weighted divisions between the Spanish right and left wings that still exist today.

Marina has a tumultuous life: her father is absent, and her mother is constantly in and out of hospital. Her childhood is divided between the homes of her mother and stepfather, Diego, and her grandmother. Shuffled between these two adult households and raised in a largely matriarchal atmosphere, Marina is forced to mature rapidly. We see her negotiate friendships, reflect on and admire the strong female figures in her life, and attempt to decipher the mysteries of her mother’s illness. Marina is so mature, and the tone and register of the prose so unchildlike, that at certain points in the novel I had to remind myself I was reading the words of a nine-year-old. While this meant that I sometimes found it difficult to buy into the voice Victoria has created for Marina, it could also be argued that she has succeeded in crafting an unusual, yet not impossible voice – that of a troubled, intuitive, and incredibly mature young girl: the ‘oldladyvoice’ of the title.

It is this curiously mature child’s voice that allows the novel to approach some of its most important themes. Themes that, especially when told from the perspective of a somewhat innocent preteen, are honest, raw, and often shocking and disturbing. Victoria is bold, and certainly doesn’t hold back as Marina discovers her preadolescent sexuality and approaches very adult topics. However, away from these darker subjects, Victoria also allows us an insight into the humorous and somewhat simplistic minds of children – for example, when Marina shares her strange obsession with the pleasure of finally taking a shit that she’s been holding in for too long. Yes, Marina is atypical, and this is clearly something that her peers notice. While she is shy and seemingly naïve around other children – not quite knowing how to behave – she is comfortable and very sure of herself around adults, not afraid to ask the sort of bold questions I imagine all children have.

This is a unique rendition of a precociously adult child’s voice, which, for all its dark themes, frequently offers readers respite in the form of humour and glimmers of nostalgia for their own childhoods.

Translated from Spanish by Charlotte Whittle

Published by And Other Stories (2021)