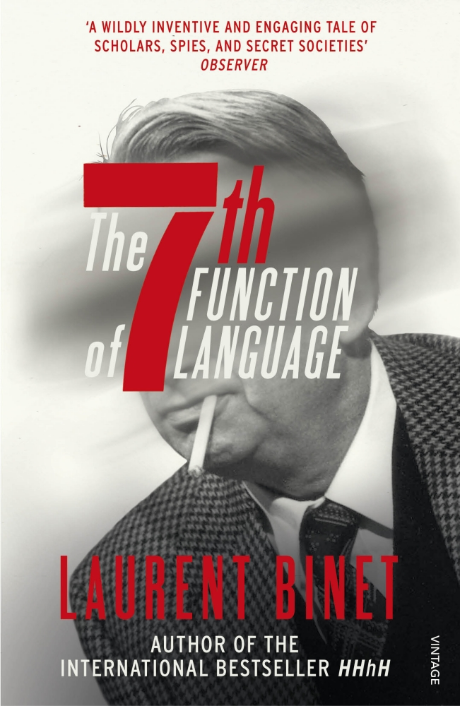 The most entertaining book I have read in years, and especially hilarious if you know anything about academia and/or 20th-century French philosophy. Derrida gets eaten by attack dogs.

THE SEVENTH FUNCTION OF LANGUAGE

Translated from the French by Sam Taylor