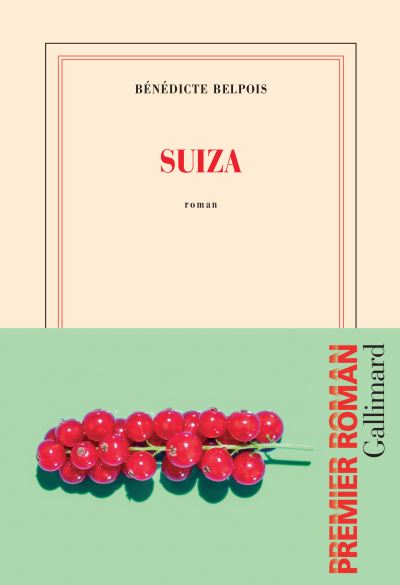 Suiza by first-time novelist Bénédicte Belpois is a perfect capsule of everything I love in a novel: beauty, darkness, humour; it covers the whole range of human emotions, and lays them bare under the sun of Galicia. I shall add that it’s pretty intense, so maybe not for everyone.

Jean-Baptiste Andrea was born in 1971 in Saint-Germain-en-Laye and grew up in Cannes. He is a director and screenwriter. He wrote his first English-language feature film Dead End in 2003, to critical acclaim. His first novel, Ma Reine, was published in France in 2017 and won the Prix du Premier Roman and the Prix Femina des Lycéens. For two years he travelled to more than 50 cities, in France and abroad, meeting readers, booksellers and librarians. Now he is leaving behind the cinema for literature. His novel A Hundred Million Years and a Day has been shortlisted for the Prix Joseph Kessel 2020, the Grand Prix de l’Académie Française 2019, and the Grand Prix des Blogueurs Littéraires 2019.