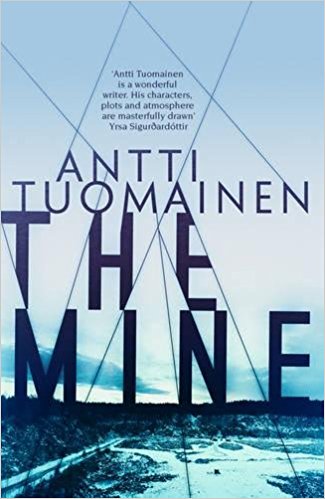 #RivetingReads: Gunnar Staalesen recommends THE MINE by Antti Tuomainen

I had read the Finnish writer Antti Tuomainen’s two previous novels, The Healer and Dark as My Heart, in Norwegian and was fascinated by them. The Mine I have read in David Hackston’s English translation, and I am still very impressed by how this writer varies his way of telling interesting stories – somewhere between traditional crime fiction, thrillers and very good mainstream literature. The Mine is both an ecological thriller, a classic mystery and a portrait of a man pulled between his wife and child, his mother and his father. And what a father! I will say no more. Just read it, and prepare to be surprised.