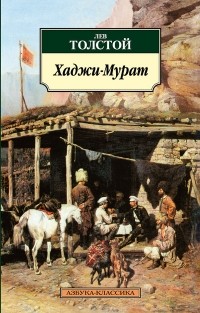 Tolstoy’s final work wasn’t published in his lifetime. It is dedicated to the tempestuous nineteenth-century Avar rebellion leader and a hero of the so-called Caucasian War, who was forced by circumstances to make an alliance with the Russians he had been fighting. It’s a book highly relevant to recent events in post-Soviet Russia.