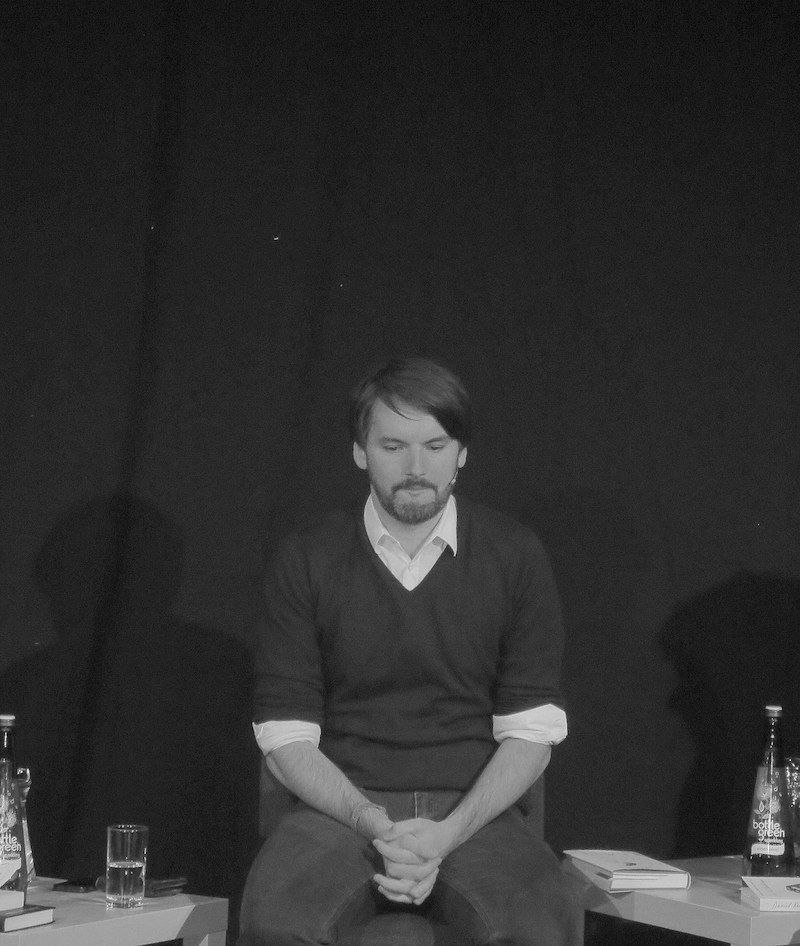 #RivetingReviews: Rosie Goldsmith reviews BEFORE THE FEAST by Saša Stanišić

In Germany after only two novels by Saša Stanišić is quite simply a literary sensation, a writer for whom the word ‘Wunderkind’ was surely invented. Already in 2006 his first novel in German Wie der Soldat das Grammofon repariert (Luchterhand) won numerous awards, became a bestseller, was shortlisted for the German Book Prize and translated into 30 languages, including into English as How the Soldier Repairs the Gramophone.

German isn’t even Stanišić’s first language. He was born in 1978 in the Bosnian town of Višegrad. In 1992 at the age of fourteen he and his parents (mother a Bosniak-Muslim, father a Serb) fled the Yugoslav civil war for Heidelberg.

Saša Stanišić admits that Soldier is semi-autobiographical, the story of a Bosnian boy Aleksandar, a magician who can recite Marx’s Kapital by heart but prefers football, fishing and listening to his grandfather’s stories. His magical life is then overthrown by war. However in 2014, in his second novel Vor Dem Fest, Stanišić embraces his new German identity full-on with his portrait of a village in the former East Germany. Vor Dem Fest won the Alfred Döblin Prize on the basis of its first chapter – even before it was published – and then going on to win the Leipzig Book Fair Prize. This October 2015, thanks to Pushkin Press and to one of the best translators from German into English in the business Anthea Bell, we now have this feast of a novel in English.

His highly original writing is infused with the depth of his experiences of war, survival and immigration (so poignant today), and his style and storytelling bear the freshness, invention and enthusiasm of a writer revelling in the discovery of a new life and language. He is also very funny.

Before The Feast takes place over 24 hours, starting where it begins in the fictional-but-familiar village of Fürstenfelde in Brandenburg in the former GDR and narrated by the village itself. NB. Not by the villagers but by the village! The all-seeing all-knowing village-narrator hovers over everything and everyone as they prepare for the big annual feast of St Anna which has taken place every year since the 16th century.

“Nobody really knows what we are celebrating. It’s no anniversary, nothing ended and nothing began precisely on this day. Maybe we’re simply celebrating that all this exists: Fürstenfelde. And what we tell ourselves about it.”

Before The Feast rolls back and forth documenting the history of the village and the region, pre-East German Communism, post-1989 up to today with our satnavs and TVs. But it’s the locals themselves, all bent on completing an important mission before the feast begins, who are most memorable: the painter Frau Kranz who at 90 has spent her life painting endless canvases detailing every season, landmark and person in Fürstenfelde, whose mission is to paint it at night; Anna the teenager, who will play Saint Anna next day at the feast, running through the night; the Ukrainian General in the sauna; the ex-colonel Herr Schramm whose task is to shoot himself – or the cigarette dispensing machine; the bell ringers preparing to ring the church bells which have mysteriously disappeared; the ferryman who drowns and Frau Mahlke from the dating agency. Before The Feast is a vivid portrait of a day in the life of an ever-changing German village but told in the bewitching manner of a universal fairy-tale through the myths, memories and stories that have ‘escaped from the village archive’, bringing the dead back to life to meet the living. A joy to read.