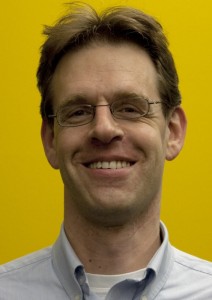 Print publishers and young readers: stages of a difficult relationship by Henning Kornfeld

It’s a decline without precedence: the teen magazine “Bravo” – for decades this was like “Smash Hits” for German teenagers – today, on average, only reaches 140,000 readers per issue. Ten years ago the print run was four times as high – and 25 years ago, it was ten times as high.

Now, “Bravo” is an exotic title: the number of teen magazines has fallen by half within the past decade.

In the days of YouTube and Facebook it is more and more difficult for print publishers to find and win the loyalty of young readers for their magazines. Even if the scope is widened from teenagers to young adults, from the viewpoint of the traditional media industry it’s not looking so good: two years ago at its Cologne headquarters the DuMont Media Group, one of the major German newspaper groups, launched a print daily newspaper called “Xtra” aimed at the 19- to 39-year-old age group in addition to its traditional newspapers “Express” and “Kölner Stadt Anzeiger”. Only five months later, DuMont ended this “market test” of a print publication especially aimed at the whims and interests of young adults. The fate of “Xtra” contradicts the theory that a print daily newspaper has so little appeal among young people because they are too indifferent to the world in which they live – and not, for example, because of the print media format.

Even a magazine, which was for a long time highly successful with young adults, shows symptoms of an obvious crisis: the print run of “Neon”, launched in 2003, has been continually falling for almost three years and now is less than half its record sales. It is currently earmarked for a “relaunch” – the previous one was just eleven months ago.

Many publishers react to the dwindling interest of young people in print newspapers and magazines by gravitating towards the domain where their target readership presumably prefers to spend the most time: in the past two years, three national German media groups launched digital media for young readers that more or less embrace US role models like “Buzzfeed” and are primarily designed for Smartphones and to disseminate content via Facebook and similar media. The young rebels from the media sector are called “bento” (Spiegel Group), “ze.tt” (Zeit Verlag) and “BYou” (“Bild”/Axel Springer). There are corresponding developments with regional publishers: in addition to their newspaper websites, several have also set up new online brands for young readers.

Despite these developments, however, there is no need to be thoroughly pessimistic about print media. One segment for very young readers is doing well: children’s magazines. According to a major study, “KidsVA”, 73 per cent of 6- to 13-year-olds pick up a magazine at least once a week. And new magazines for children are constantly coming onto the market, often as part of merchandising or commercialized chains. There are plenty of reasons for their success: many of these titles sell mainly because of inserted gimmicks and gadgets, and not least parents like to bring back children’s magazines from the supermarket. On the other hand, boys and girls in this age group generally only have restricted access to digital media.

The second pleasing news for the print camp are indications that among the older young readers there is a small, but exclusive group who can, or could be attracted to print publications. The Public Opinion Polling Institute is also researching “print affinity” in Germany for its study of the Allensbach Market and Media Analysis (AWA). It has emerged that the share of individuals “with overall print affinity” of those who are regular newspaper and magazine readers is much smaller among the 14 to 29-year-olds than in the population as a whole: it’s just 17 per cent compared with 41.5 per cent. Nevertheless, this target group is still of interest for the media industry because it has a strong orientation towards education, a broad spectrum of interests and an above-average interest in advertising. The market researchers also identified that for this group of 14 to 29-year-olds print and digital are not contradictions: young readers with “print affinity” also have a “digital affinity”; overall, their media usage is above average.

Perhaps the “Frankfurter Allgemeine Zeitung” is also inspired by these insights, since at the end of April it will launch the weekly magazine “Frankfurter Allgemeine Woche” http://www.faz.net/aktuell/die-frankfurter-allgemeine-woche-ist-das-neue-deutsche-wochenmagazin-14189733.html that explains and comments on the week’s key themes in politics, society, business, culture and knowledge. Its stated target readership is the “young elite” to which the “FAZ” even counts the 49-year-old group. Youth is no longer what it once was. This realization has meanwhile even filtered down to traditional media groups.

This blog was originally published on ELit Literature House Europe website on 30 May 2016.