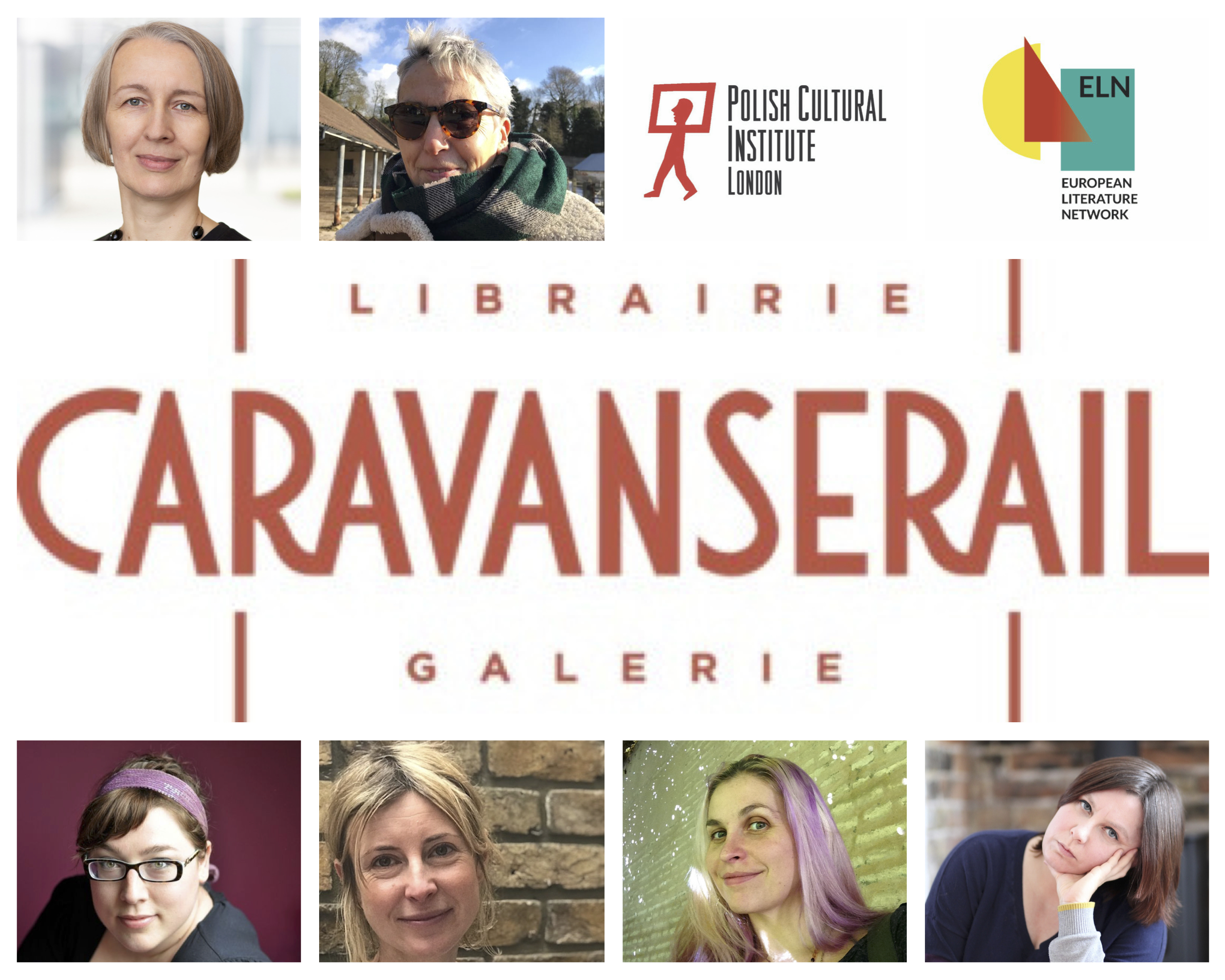 How do you choose which language to write in, if you inhabit two or three cultures? Perhaps a language chooses you… How do you make yourself feel at home between languages that differ as much as English and Polish? How do literary translation, self-translation and translanguaging assist poetry-making which negotiates national borders, cultural stereotypes and individual idiosyncrasies? How to welcome such strangeness?

The conversation will circle around the anthology Wretched Strangers: Borders, Movement, Homes, edited by Ágnes Lehóczky and JT Welsch (Boiler House Press, 2018) ‘to commemorate the anniversary of the June 2016 EU Referendum and in solidarity through struggles to come.’ The poets will also read from their poetry selections and translations.

The event is organized in cooperation with the European Literature Network and Polish Cultural Institute.

Maria Jastrzębska’s recent collections include At the Library of Memories (Waterloo Press, 2013) and The True Story of Cowboy Hat and Ingénue (Cinnamon Press/Liquorice Fish, 2018). Her selected poems, Cedry z Walpole Park / The Cedars of Walpole Park, have been translated into Polish by Anna Błasiak, Wioletta Grzegorzewska and Paweł Gawroński (K.I.T. Stowarzyszenie Żywych Poetów, 2015). She co-edited Queer in Brighton (2014) and translated Justyna Bargielska’s The Great Plan B (Smokestack, 2017). She blogs about ‘poetry, patter and politics’ at https://mariajastrzebska.wordpress.com/. Born in Poland, she lives in Hove.

Elżbieta Wójcik-Leese writes with/in English, Polish and Danish. Her multilingual texts have appeared in various journals and anthologies, including Other Countries: Contemporary Poets Rewiring History (2014) and Metropoetica. Poetry and Urban Space: Women Writing Cities(2013). Her English translations of contemporary Polish poetry are widely published, also on the London Underground. She has guest-edited Polish issues of Poetry Walesand Modern Poetry in Translation. Nothing More (Arc, 2013), which samples Krystyna Miłobędzka, was shortlisted for the 2015 Popescu European Poetry Translation Prize. She co-curates ‘Transreading’ courses on translated, multilingual and transnational poetries at the Poetry School in London. Born in Poland, she lives in Copenhagen.

Maria Kardel holds a PhD in English Literature and specializes in Eastern European interpretations of Shakespeare. Her work has appeared online as well as in The Sheffield Anthologyand Route 57. She teaches English at a secondary school. Born in East Germany, she grew up in Poland and lives in Sheffield.

Agnieszka Studzinska has two poetry volumes to her name: Snow Calling (shortlisted for the 2010 London New Poetry Award) and What Things Are (Eyewear, 2014). She is working on her third collection, Branches of a House, and a practice-based PhD at Royal Holloway, which explores notions and images of home in contemporary poetry. More about her work at https://aspoetry.com/. Born in Poland, she lives in London.

Anna Błasiak has translated over forty books from English into Polish and from Polish into English. She also translates poetry: into Polish (Maria Jastrzębska, Mary O’Donnell, Nessa O’Mahony, Vesna Goldsworthy, Martina Evans, Tishani Doshi and Pascale Petit) and into English (Mirka Szychowiak, Radosław Wiśniewski and Edward Pasewicz). She writes poetry in Polish and English. She acts as a literature coordinator of the European Literature Network. More about her work at annablasiak.com. Born in Poland, she lives in Ramsgate.

Marta Dziurosz is a literary translator, interpreter and literary curator. In 2015-2016 she was the Free Word Centre’s Translator in Residence. She also works for the publishing house Pan Macmillan and is a member of the Translators Association committee. Her writing and translations have featured in the New Statesman, PEN Atlas, Words Without Borders, In Other Words, The Linguist, New Books from Poland, Asymptote and elsewhere. She recently co-translated the collected works of Janusz Korczak (Vallentine Mitchell, 2018) and Renia Spiegel’s Diary (co-translated with Anna Błasiak; forthcoming from Penguin Random House). More about her work at http://www.martadziurosz.com/. Born in Poland, she lives in London.